HATEWATCH: Blair and his buddies poke fun at domestic violence ... 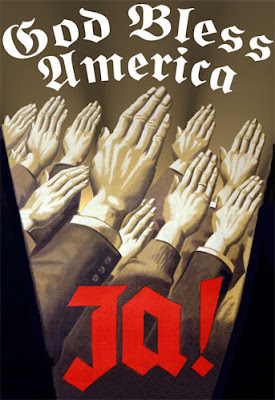 Daily Telegraph blogger and opinion editor Tim Blair just loves to have a good laugh with his regular online buddies. And what could be more worthy of laughs than a woman being murdered, allegedly by her husband in an extreme case of domestic violence?

Sensible people would find domestic violence rather depressing. It happens everywhere and in all communities. Almost always it's men being violent to women.

Some of us spend time campaigning against domestic violence. But for the Daily Telegraph, domestic violence is a source of great laughs. Check out some of the comments moderated and featured on this Tele blogpost:

There’s an idea: Instead of beheading your wife when she’s misbehaving, show yourself as a truly moderate Muslim and throw her out the window instead.
Mikael, Grand Mufti of Denmark
Tue 24 Feb 09 (07:31am)

A woman is murdered in the most gruesome fashion. Her husband is arrested and charged with her murder. Her family and community are mourning. I can only begin to imagine what her kids are going through.

Then again, I should factor in the possibility that these comments were left by nasty anonymous leftoids determined to make Blair look even more racist than he already is. Pfft. Now that certainly is something worth laughing at.

UPDATE I: Someone has pointed out to me that beheadings have happened in a variety of places. In August 2008, a 31 year old Greek man was found carrying his girlfriend's head after beheading her at a popular tourist resort. No doubt Tim's resident cybernazis will also find a few laughs in this tragedy. Or perhaps they will start poking fun at the Greek Orthodox Church. Who knows?

Revolting, isn't it? I was just reading an article in the Washington Post about this.

tim Blair and his readers are a really vile mob.

How does one spell the word 'putrid'?

Maybe Tim will come out of his primordial slime cave and give me a spellnig lesson - or not - more probably the 'not' option would obtain.

Let's see. Yet another member of your misogynistic religion, beheads a woman, and the best condemnation you can come up with is aimed at Tim Blair.

No wonder the Muslim world is such a disaster.

Let's see. Another church school has had a scandal with child sexual assault. Christian churches can't seem to deal with the pain they've caused so many families thanks to their kiddy-fiddling. And the best Anon and his mates from the Blair gang can do is attack other religions.

That's why Blair is hated by most decent normal people. That's why his only buddies are the kind of people who'd have been SS guards if they were alive back in WWII.