OPINION: Pakistan could tear itself apart 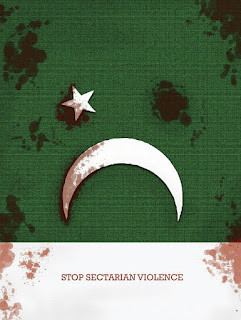 Despite the death of Osama bin Laden, Pakistan is in danger of tearing itself apart in a war on sectarian terror.

Pakistan is ripping itself apart, one minority at a time. With Osama bin Laden dead and beneath the ocean, many regard terrorism as no longer a serious international concern for Pakistan.

Whatever problems the country has are only issues for countries such as Australia and New Zealand when more asylum seekers from that part of the world head to our shores in leaky boats.

Pakistan is in the grip of a war on terror. However, it is a war that few of us in the West are taking any notice of. Perhaps it is because the victims are not white-skinned Judeo-Christian Westerners. The victims are largely Shia Muslims. The perpetrators are largely fanatics of the Sunni variety, some funded by private donors and perhaps governments in the Gulf region and Saudi Arabia.

Pakistan's minorities have always had it tough. The Pakistani flag consists of the traditional Muslim crescent and star with the green background. It also has a white strip adjacent to the flagpole. The white represents non-Muslim minorities - Christians, Hindus, Sikhs, Parsees and other faith and ethno-religious communities.

The flag recognises that minorities play a key role in a state that was founded on the basis of a kind of religious nationalism (an Islamic Zionism, if you will), a homeland for Indian Muslims. It was always taken for granted that Shia Muslims were part of the green-crescent striped majority. After all, the founder of Pakistan, Muhammad Ali Jinnah, was of Shia Muslim heritage.

In recent times, attacks on Shia Muslims have become widespread and endemic. The perpetrators are followers of the late Maulana Haq Nawaz Jhangvi, a religious scholar from Punjab who belonged to the Deobandi school, one of two competing schools of the Sunni sect in the Indian subcontinent.

During the 1970s Jhangvi, not dissimilar to most Pakistani imams, focused on religious education and preaching. Although a member of a theocratic political party organised by other Deobandi scholars, Jhangvi was more interested in preaching.

Things changed in 1979 with the emergence of Ayatollah Khomeini's Shia-based Islamic revolution in next-door Iran. The revolution posed a direct threat to the Arab states, including Saudi Arabia which regarded itself as naturally holding religious leadership and prestige as home to the two holiest sites of Islam. Saudi Arabia's interests were allied to those of the United States, which continues to fear Iran's expansionist revolution.

The Saudis funded a number of sectarian anti-Shia groups in various Muslim countries as well as minority Muslim communities.

Among these were a group founded in 1982 by Maulana Jhanvi called Anjuman Sipa-i-Sahaba Pakistan (ASSP), literally "Movement for Defending the Prophet's Companions". Many Sunni Muslims accuse Shia Muslims of defaming the companions of Muhammad, including a number of his wives. Sunni theology is built upon reports of Muhammad's sayings and actions as reported by the companions. Hence, attacks on the honour of these companions is regarded as an attack on Islam itself.

The ASSP message was simple - Shias must be declared a non-Muslim minority in the same manner as Christians, Hindus and other faith groups.

Attacks on Shias are frequently placed with attacks on the Iranian regime. In one recording handed to me during a trip to Pakistan in 1994, I heard Maulana Jhangvi declare "Khomeini peh laanat beshumar. Shia-on pe laanat beshumar" (Abundant curses be declared on Khomeini and upon all Shias).

If such sectarian preaching were limited to curses and distribution of cassette tapes, it may not be cause for concern. After all, Shia Muslims make up around one fifth of Pakistan's population. They occupy positions of influence across politics, popular culture, academia, media and other sectors of Pakistani life. Among them are current president Asif Ali Zardari and his deceased wife Benazir Bhutto.

But among them are the less visible and more vulnerable Hazara ethnic group, located mainly in the Western province of Baluchistan which borders Iran. Attacks on Hazara, virtually all of whom are Shia Muslims, have stepped up in the last year or so.

In one incident, some 100 Hazaras were murdered in Quetta. The plight of the Hazara has been largely ignored even by Shia Muslims from other ethnic groups. Sunni extremists frequently complain about Shia dominance in Pakistani media. But as Pakistani journalist Kiran Nazish wrote in Forbes magazine in January, "the media, particularly television media in Pakistan, had been ignoring the issue" while smaller-scale loss of life, cricket scores and Bollywood starlets are readily reported.

It was only when Hazaras took the extreme step of refusing to bury the victims, preferring to sit with the bodies in sub-zero temperatures, that Pakistanis took notice.

Ironically, these same coffins were draped with the Pakistani flag. Though it remains to be seen which side of the flag the Hazara will be deemed to be part of - the green and white majority or the white strip that is being bloodied and driven off the flag.

In recent days, other Shia communities have been attacked. Over 50 were killed in the most recent attack on Abbas Town, a Shia enclave in the southern port city of Karachi. Shia Muslims in Lahore have begun receiving death threats.

Unless the situation is brought under control, Pakistan could become a huge version of Northern Ireland. Imagine the refugee crisis when 20 per cent of Pakistan's 180 million people effectively become refugees.

Irfan Yusuf was born in Pakistan and is author of Once Were Radicals: My Years As a Teenage Islamo-fascist. This article was first published in the NZ Herald on Monday 11 March 2013.

TURKEY: Handling of protests may make or break legacy 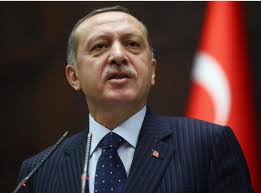 Thousands of protesters march through the streets of major cities of a European nation. They complain about the apparently autocratic style of their democratically elected leader who ignores their concerns. Police have used fairly brutal force to quell protests, including tear gas, water cannon and rubber-coated bullets.

Had this been Spain or Greece, it would almost certainly have been related to EU-imposed austerity measures. Europe's economic woes have provided plenty of fodder for protest. Spanish workers have been laid off by the thousands, and its unemployment is at record levels. A neo-Nazi party is attracting tens of thousands of disgruntled Greeks. In Cyprus (at least the non-Turkish part), people have had substantial portions of their savings shaved from bank accounts.

But in Turkey, scene of the mass protests that started in late May, protesters have few such fundamental worries. Instead, their worries began with the survival of Gezi Park in Istanbul, to be levelled in favour of a residential and shopping development.

Such environmental and heritage concerns are important. But one has to wonder what those in more economically depressed European nations must be thinking. "Oh, if only we had the luxury of protesting against the destruction of a park," and, "if only we had a few housing and shopping centre developments in our town".

And the majority of Turks who did not hit the streets of Istanbul, Ankara and other cities must be wondering why Western media have made such a fuss about what the ruling party (which gained over 50 per cent of the vote in the last elections) claims is a tiny handful of radicals. It doesn't help the protesters' cause domestically that they don't present as a united group, some having concerns limited to environmentalism and others seeking nothing short of regime change.

No doubt, Turkey's Prime Minister Recep Tayyip Erdogan hasn't handled the crisis terribly well. Even people in his party, such as his President Abdullah Gul, have openly stated that a softer touch would have been preferable. "If they have objections, we need to hear them, enter into a dialogue. It is our duty to lend them an ear." The protests could have been limited to Istanbul instead of turning into a national phenomenon.

But some would have you believe that Turkey's current government wants to see the country become a full-fledged sharia state, with former criminals walking armless and perhaps even headless through the streets. A recent issue of the Economist showed a cartoon of Erdogan dressed in the outfit of an Ottoman Sultan, as if he was ready to lead a jihad and conquer Constantinople all over again.

Writing for CNN, Fadi Hakura complains of "the Government's recent enactment of tight restrictions on the sale and promotion of alcohol". He claims that "many secular Turks complain that the Islamist-rooted Government is intolerant of criticism and the diversity of lifestyles."

Such sentiments would seem laughable to other secular Turks who don't see secularism as the imposition of a militant nationalist religion built around the cult of Mustafa Kemal Ataturk, founder of the Turkish Republic. Turkey's past leaders, in cahoots with the military, have inflicted the grossest and most ridiculous forms of intolerance on its people.

Erdogan has not sought to ban alcohol consumption completely. His government seeks to curtail it at certain times. Compare this to the attitude of previous Turkish governments to women's dress. Until 2010, women who chose to wear headscarves were barred from attending universities. In 2007, Emine Erdogan, the PM's wife, was barred from entering a military hospital for failing to remove her scarf.

Perhaps the most notorious example of secular extremism was seen in 1999 when an elected MP, Dr Merve Safa Kavakci, was prevented from taking her Parliamentary oath simply because of a traditional piece of clothing she wore on her head. In 2007, the European Court of Human Rights found her expulsion from Parliament was a violation of human rights.

Erdogan's tactics in relation to the recent protests have been heavy-handed. But one wonders what would have happened if this kind of protest had taken place under previous Turkish governments. Erdogan knows what it is like to be on the wrong side of a dictatorial regime. In 1997, he was jailed for merely reciting a poem during a speech.

This may be Erdogan's last term in office. But for the sake of his successor, his party and his nation, Erdogan needs to recognise that a small but influential and highly articulate mass of protesters could leave his legacy of electoral triumph, political reform, economic success and international respect in tatters. A devout Muslim like Erdogan should recognise the value of humility.

• Irfan Yusuf is author of Once Were Radicals. This column was first published in the NZ Herald on Friday 14 June 2013.