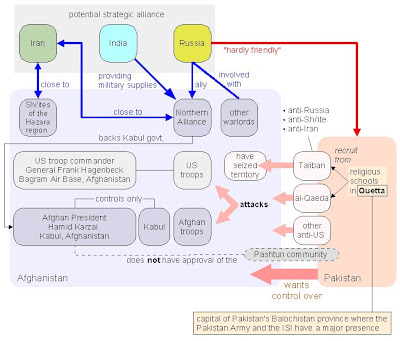 It seems Coalition forces in Afghanistan’s Operation Enduring Freedom are still standing. Only just. And not exactly united. Indeed, the only thing the Allies are agreed upon is that they just don’t know what to do next.

The United States insists it won’t talk to the Taliban, whom the US insists can be defeated on the battlefield by sending otherwise demoralised US troops from Iraq to yet another desert wilderness. Then again, the US might change its approach after a secret intelligence report suggested the Allied effort to defeat the Taliban on the battlefield wasn’t working.

And where does Australia fit into all of this? Defence Minister Joel Fitzgibbon repeats the mantra that Australia will not talk with Taliban “extremists and terrorists”. At the same time, Fitzgibbon says not all those deemed Taliban are extreme. “There is a big difference between establishing dialogue with moderates than negotiating with extremists. The latter I reject”. And how do we tell the difference? “We should work with those who seek to establish a better future for Afghanistan”.

Gee, that helps. Perhaps Fitzgibbon might recall that many Afghans initially supported the Taliban’s rise to power in 1996 because the Pakistan-backed militia restored some vestige of order after the Soviet withdrawal. In other words, the Taliban were seen as establishing “a better future for Afghanistan”.

And what will be Fitzgibbon’s attitude if the Taliban decided to break off all ties with al-Qaida and Usama bin Ladin? Some reports suggest the split has already taken place. If the Saudis have anything to do with the process, the Taliban will never have any chance of playing a role in a future Afghan government without severing ties with bin Ladin.

Meanwhile the present Afghan government of Hamid Karzai, who was never really more than the Mayor of Kabul, is holding secret talks with the Taliban and their allies, including former Mujahideen leader Gulbuddin Hikmatar, labelled a terrorist by the UK and UK. Others present at these talks were former ministers in the old Taliban government. Karzai has for at least two years been trying to broker a deal with Taliban insurgents.

Senior British military commanders and Britain’s Ambassador to Afghanistan seem to support Karzai’s strategy, claiming there is no hope of victory on the battlefield. But one wonders if the’ll support Karzai when push comes to shove. The Brits have even called for an “acceptable dictator” to be installed. So much for the neo-Con of force-feeding freedom and democracy. 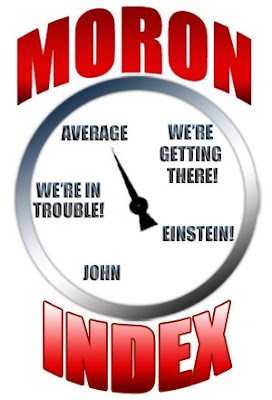 In 1990, I enrolled in a commercial law course as part of my LLB program at Macquarie University. My lecturer was Mark Cooray, a conservative academic lawyer of Sri Lankan origin. In those days, Macquarie Law School was dominated by a group of “progressive” lawyers pushing the “Critical Legal Studies” barrel.

Cooray was scathing of the “Crits”, arguing their approach to learning and teaching law put the cart before the horse. “How can undergraduate students be expected to criticise the law before gaining a proper understanding of it?”

In their approach to exposing alleged biases of supposedly left-leaning academics, the Young Libs are behaving like a bunch of leftwing “Crits”. Which probably explains why the main (if not the only) instrument used by National Young Liberal President Noel McCoy to generate his list of academic leftists was that great scholarly authority Professor Google.

Just how seriously should we take the words of academic novices when determining the degree of bias (or lack thereof) of an expert in a field?

It’s true that there is a lack of diversity in university education. Most universities don’t hire undergraduate novices to teach.

So where did this Young Liberal idea come from? It seems the Young Libs are taking a leaf out of the far-Right CampusWatch project which seeks to expose Middle East Studies academics who don’t subscribe to the types of hawkish positions on the Middle East that even many Israelis find disturbing.

One can only wonder what newly elected Liberal Leader Malcolm Turnbull would make of such pseudo-conservative nonsense from the Young Liberals. Then again, these were the people whose votes proved so crucial to his preselection victory.

First published in the Crikey daily alert for Friday 10 October 2008. 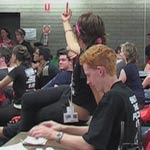 Bookmark this on Delicious
Posted by Irf at 1:32 pm No comments: