MEDIA: ‘Someone who gets into people’s faces’: Spotlight journalist Walter Robinson speaks in Sydney 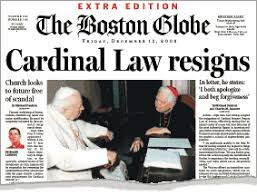 On June 4 2018, at an event hosted by the US Studies Centre at Sydney University, Robinson shared his insights on the Spotlight expose of systemic child abuse in the Boston Catholic Church, on media and the law.

In the 2015 Oscar winning film Spotlight he was portrayed by Michael Keaton as the tough reporter heading an investigative team of the Boston Globe. In real life, Walter V Robinson (also known as “Robbie”) came across to me as a tall, physically imposing yet softly spoken and humble man. You wouldn’t assume he was a giant of journalism with a stellar career at one of America’s greatest newspapers, one that has taken him across the US and to over 30 countries; a man who led a massive investigation and exposé of child sexual assault in America’s most Catholic city, one that led to further investigations in religious denominations across the globe.

At an event hosted by the US Studies Centre at Sydney University, Robinson shared his insights on the Spotlight expose of systemic child abuse in the Boston Catholic Church, on media and the law and on the continued relevance of investigative reporting in keeping a check on power and those who wield it. And all in 30 minutes.


“We do our iconic institutions no favours by giving them a pass. In Boston, for too long, we were deferential to the Church.”

Robinson himself was raised a Catholic, and like many Bostonians he couldn’t imagine this institution being involved in a cover up of ...


"... an international criminal enterprise facilitating the continuing abuse of children by so many priests”.

Any earlier and the story may not have had such a huge international impact. Once the story was published, the Boston Globe phones were running constantly for weeks; they received emails from as far away as Australia from victims who wanted their story told. Previously, the lack of technology had helped the Church to keep this story under wraps for years.

The Globe had 550 journalists on staff when the story broke. Today, it is 230, still much more than many other papers. With all this people power, how do big investigative stories get missed? Robinson explains that, in the average newsroom, you run 40 stories a day with a backlog of hundreds of people contacting you “by phone, by e-mail and by bicycle courier”. The day goes by so quickly, you inevitably miss stories.

But read the stories in a newspaper and you will find in each the genesis of so many other stories. Investigative journos often find the best stuff in existing stories of 800 words prepared in a room of editors. The cause of investigative reporting isn’t helped by reporters forced to produce twice as many stories, often for clickbait. Too often investigations are limited to going after


"... low hanging fruit — crooked politicians and that sort of thing”.

Now, about that nasty thing called the law, so often the bane of good reporting. Former Crikey editor Sophie Black recently wrote on the impact of defamation laws on #MeToo reporting in Australia. As Robinson explained, the United States has over two centuries of jurisprudence where if prominent persons have been charged with committing a crime:


“We can have substantial unfettered coverage of it and the person can still get a fair trial. I’ve been somewhat surprised to learn here that it’s not true. And it’s a shame because the loser is the public. We forget sometimes that the press really does represent the public. We are the eyes and ears of the public.”

here in Australia, and how he read The Australian referring to the upcoming court proceedings were 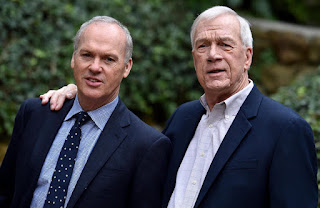 Robinson then turned to investigative journalism and the people who make it. What makes a good Spotlight reporter?


“I’m looking for people who won’t take no for an answer ... When you’re hiring people you want someone who gets into people’s faces. When I’m interviewing someone and by the end of the interview I’m the only one asking the questions, then that person won’t get the job. You want people who are curious and are fascinated by the world around them and who are comfortable — and this takes years to perfect — going up to complete strangers and asking tough questions. Who really like to do research, really like to go through documents, and who, when they leave the office, they still look at the world around them with the curiosity that they do when they’re on the clock.

“Journalists tend to come from more middle-class affluent families, tend to go to better school. The problem with that is that it cuts us off completely from the world of people who most need the help of journalists. The victimised people of this world who have no voice but for the one we can provide them ... We need journalists who are prepared to go outside of their own world and learn how other people live and, in many cases, barely survive.”