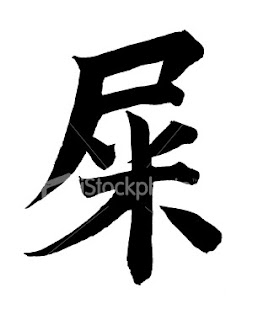 Some people, of course, don't know what Christmas is about. They are so busy filling blogosphere with hatred and bile that Christmas just seems to pass them by. Plus they have no friends, no family and no lives. I doubt even Bill Crews or the Wayside Chapel would allow them in for their Christmas lunch.

Among such sick and demented individuals is Shukh Yer'mami. Now Yer'mami likes to call itself 'Sheik'. The word 'Sheik' (also spelt 'Shaikh' or 'Sheikh' or (my favourite) 'Shaykh') in Arabic literally means 'old man'. It is used to describe someone who has reached a certain level of maturity.

I'd say a more appropriate label to apply to Yer'mami would be Shukh, an Arabic word that carries a number of connotations including this and this. Or perhaps even this.

Anyway, in a recent posting on his blob (no, that was not a typo), Shukh Yer'mami praises me for allowing certain comments on my blog. Apart from the one he mentions, I'm not sure which comments he refers to. Perhaps he means the anonymous messages which call for an 'alcoholocaust' and to ANZAC's killing people because of their presumed religion.

Being part of a large neo-Nazi blob-o-sphere, the Shukh clearly relishes the idea of killing nasty Moslems with big noses and sporting embroidered skull-caps. Heck, why stop at Jews?

It wouldn't surprise me if the Shukh has been authoring some of these messages himself. I haven't posted all these messages as they are so offensive. But for the Shukh's pleasure, I will reproduce just one more ...

Lebs shouldn't just be arrested by the hundreds. The whole lot should be gassed or better still fed into the Snowy Mountains Hydro Scheme. In this way the blood and bone can be used for irrigation. (16/01/06)

That will be the last time one of the Shukh's minions will have their messages posted here. I recommend the Shukh and its minions head back to the blobs of Blair, Bolt et al where they can feel free to throw as much shukh around as they wish.