John Howard denies claims that he was always a climate change sceptic. Really?

It’s amazing what you read in old newspapers. I was about to throw out an old copy of the Weekend AFR from early June 2006 when I noticed a story by Lenore Taylor under the headline “Shift on carbon trading”.

It turns out that the Howard government had for years rejected a carbon emissions trading scheme. It was only after such a scheme was recommended by the PM’s nuclear energy inquiry recommended the government consider the idea that Environment Minister Ian Campbell “welcomed the idea”.

I absolutely believe that we have to design a carbon price signal for
Australia that does not create the perverse effect of driving greenhouse
emissions offshore, closely followed by jobs and investment.

What the …? Is the Minister saying greenhouse emissions are associated with jobs and investment?

Government policy is that it is too early to implement emissions trading because
it would harm Australia’s economic competitiveness, and Treasurer Peter Costello
dismissed the idea the inquiry could consider a carbon tax.

All this despite the fact that …

… business groups have recently called on the government to embrace a carbon
price signal by the end of the year.

Yep, Mr Howard has been asleep on climate change. And it seems his deputy has been sleeping with him. 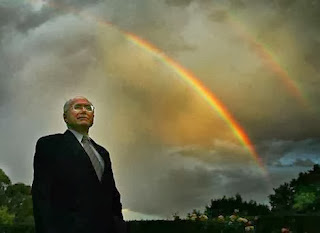 Everyone is up in arms over John Howard’s “recent” discovery that state budgets place upward pressure on interest rates. Apparently, critics argue, he’s never used this argument before.

Really? So how do they explain the comment of David Bassenese in the Weekend Australian Financial Review as far back as 9-12 June 2006?

Admittedly Bassenese wasn’t impressed even back then at the PM’s claim.

… Prime Minister John Howard has a lot of gall to blame state budget deficits
for putting upward pressure on interest rates … every economist in Australia
knows it is Howard’s own pro-cyclical consumption-boosting budget last month
that is perhaps the single greatest public-sector threat to interest rates this
year.


Bassanese claims the Howard government knew full well that reduced public sector spending on its part could keep interest rates in check. If it really wanted to spend, it could have done so

But that kind of spending is hard to explain to the punters. It’s hard to win brownie points with voters by telling them you’re improving ports and highways.

Instead, the government deliberately chose to fatten household wallets, which
will fuel consumption and thwart efforts at better balanced economic growth … No
pressure on interest rates? Yeah right.


Mr Howard’s fiscal irresponsibility is nothing new. He will spend and spend for the short term to keep the smile on the punters’ faces. Then when interest rates go up, he will blame anyone and everyone except himself.

Will Kevin Rudd’s alternative government be any different? Who knows? They have to win the election first.