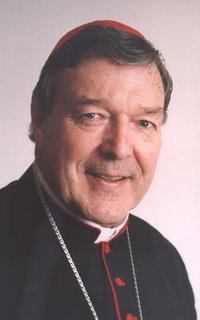 I first met Cardinal Pell in Sydney speak some years . He was delivering the annuial Acton Lecture under the auspices of the Centre for Independent Studies. At the time, he was a ‘humble’ Archbishop.

I was impressed by what he said. I thought I would ask him a question about the topic of religious fundamentalism. I thought he answered it quite well, making sure he understood and pondered on my question before responding to it.

So in responding to Cardinal Pell’s recent remarks about Islam, I should definitely show him the same courtesy. I should first read what the man himself has said, ponder over his words and then make up my own mind.

Here are some initial thoughts.

Pell is not an elected official with the benefit of taxpayer-funded staffers and spin-doctors to research for and assist him. If an official I elect uses my tax dollars to vilify my or anyone else’s religious symbols, I would be grossly pissed off.

If I was an elected official I wouldn’t go around attacking some Greek Orthodox women for wearing black veils or some Jewish men for wearing caps. Governments (especially those claiming to be liberal) have no business lecturing people on how they should dress or what religious symbols they should honour.

Pell isn’t an elected official. He is an official of a religious faith which, like Islam, is a missionary faith that actively seeks out converts. Missionary faiths believe they have the truth, and are unselfish enough to share it with people.

Pell has expressed some views. He has also been kind enough to tell us where he got these views from. The first thing I glanced over when a journo sent me the speech was the references. 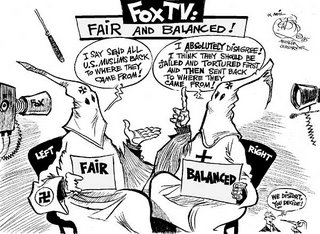 Cardinal Pell makes heavy use of Daniel Pipes. I don’t have loads of time for Dr Pipes, whom I regard as little more than a propagandist for some of the ugliest sides of Israeli and American politics. Pipes was recently criticised by an Israeli commentator for criticising Israelis for not electing a government determined to eliminate Palestinians.

Pipes’ work reminds me of the work of German propagandists during the 1930’s and 40’s. What they wrote about Jews is what he writes about Muslims.

Pipes masquerades as an expert on modern politicised Islam. He makes much of his Harvard PhD and the ability to speak, read and write Arabic. Which all sounds very impressive except that his PhD is in medieval European history, not modern Middle Eastern or Asian politics.

Further, the most influential writers and ideologues of “Islamism” (as he likes to call it) did not write in Arabic but rather in Urdu and Farsi (languages over which he cannot even legitimately claim even the most rudimentary command.

Pell also makes use of Paul Stenhouse. I have only read one piece by Dr Stenhouse which appeared in a recent issue of Quadrant. Suffice it to say that Stenhouse somehow found it possible to cover the entire spectrum of Muslim political thought by citing not more than 3 or 4 Muslim writers. A bit like me summarising government policy by citing the words of 3 or 4 dog whistlers.

I would like to think Cardinal Pell doesn’t take the works of these writers for granted and casts a critical eye over their conclusions. Cardinal Pell has a formidable intellect and is a man of principle. Amongst his many involvements, Cardinal Pell joined yours truly and over 80 other men from across Australia as a male ambassador for UNIFEM’s White Ribbon Day.

This article is getting way too long. It’s time for me to actually read the speech and make up my mind about it. I urge anyone else interested to do the same. You can find it here.