Resident cultural researcher at The Australian's opinion page, Janet Albrechtsen, complains yet again about the left wing bias allegedly evident in the products of a Broadcasting Corporation on whose Board she once sat.

Her five years as ABC director seems to have softened her stance.

Having just completed a five-year term on the board, I am the first to cheer about what is best about the ABC, an organisation filled with many first-rate professionals. From its inception in 1932, it has provided a stellar range of services. Indeed, its rural and regional network of radio stations are filled with local presenters and producers who have a real sense of the cross-section of people who listen.

Her inevitable criticism was preceded by this reasonable remark:

But there is a difference between cheering and cheerleading for the ABC. The former means being honest enough to suggest constructive ways to make the ABC better.

Fair enough. But then she makes this rather unusual remark, while praising the independence of one ABC reporter Chris Uhlmann:

Anyone who writes about balance at the ABC mentions Uhlmann as a standout from the rest of the crowd. It should not be like this at the public broadcaster. There should be plenty of Uhlmanns and others, too, with different perspectives. I know of only one. An ABC reporter once introduced herself to me at a gathering by whispering in my ear that she was secretly a conservative. Why whisper it?

Is Janet suggesting that a balanced journo must, of necessity, be of conservative bent? Is she suggesting there is only one openly conervative journo working for the ABC? What about Dai Le, the State Liberal Candidate for Cabramatta? What about at least one host of the radio show Counterpoint? And what about the articles published by Helen Coonan, Marise Payne, Tony Abbott etc on ABC Unleashed?

Perhaps Janet has the ABC confused with genuinely biased publications such as the Monthly and the opinion page of The Australian ...

MEDIA: A short break from my break ... 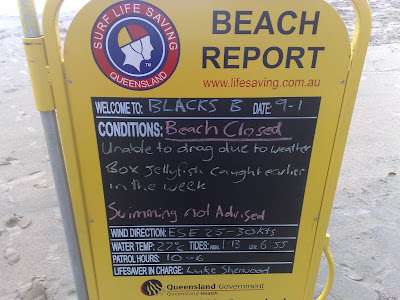 **********
African migrants seem to be getting the raw end of the police racism stick in Victoria. The Oz reports of the results of a study by a Community Legal Centre in Melbourne about complaints of racism by African migrants against Victorian police, many of which resulted in cover charges.

The same CLC has reported on police attacks on other new Australian communities such as Afghans.

Police behaviour reported to the legal centre includes assaults requiring hospitalization of victims, punitive beatings of handcuffed or otherwise restrained people, unlawful imprisonment, acts of torture and brutality within police stations, excessive use of force, unlawful searches, threats of sexual violence, unjustified use of capsicum spray, strip searches conducted after such threats are made, searches in unjustified and humiliating circumstances, racist and sexist comments, thefts of money and mobile phones, loss of vehicles, harassment, degrading and humiliating conduct and ill-treatment against racial and religious minorities. In some of the reports, children as young as 10 have been assaulted and mothers sprayed with capsicum spray.

This is disturbing stuff. Citizens should be treated as individuals in a liberall democracy, not lumped together and mistreated based on personal characteristics beyond their control. Allegations of police racism and brutality also undermine the rule of law which forms a bedrock of any civilised society.

**********
Miriam Cosic has written a terrific piece about the Athiest Convention recently held in Melbourne, the same city where the multi-million dollar Parliament of World Religions was recently held. Atheists of varying degrees of evangelical fervour were present, among them the Ayatollah of unbelievers Richard Dawkins. Here's a great few lines:

"I don't think we should go out of our way to insult Islam because it doesn't do any good to get your head cut off," he continued. "But we should always say that I may refrain from publishing a cartoon of the Prophet Mohammed, but it's because I fear you. Don't for one moment think it's because I respect you."

Taslima Nasreen, Bangladesh's answer to Salman Rushdie, was also present along with 3 security guards (who were probably Muslim!). Among other things, she said:

"All religion, but particularly Islam, is for the interests and comfort of men," she said, "Why would women believe in any religion?"

She should pose that question to my mother. And be prepared for extra chilli in the biryani.

India, the country that likes to think of itself as the largest democracy in the world, she pointed out, placed the religious rights of its Muslim minority above her freedom of expression.

Perhaps a more nuanced approach to Nasreen's experiences in India can be found here. The fact that she jumped into bed with the Hindu far-Right that persecutes not just Muslims but also Catholics doesn't do wonders for her liberal credentials.

**********
Greg Sheridan, recipient of the Jerusalem Prize from a pro-Israel lobby group, thinks the Rudd government criticised Israel too much over the fake passports affair. He also thinks that building homes on other people's land isn't such a bad idea. No doubt he'll be donating both his passport and his backyard to the cause.