I spent the weekend in Canberra observing an extraordinary process. Some 329 Australians of all faiths got together to hear all sides of the “Muslim question” at Old Parliament House. The weekend ended with Bob Hawke singing Waltzing Matilda, flanked by three women wearing headscarves. 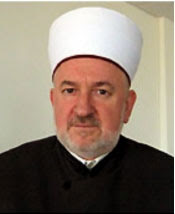 Australians will get to hear more on Western Islam as one of Europe’s most senior religious figures arrives in Australia this afternoon.

Dr Mustafa Ceric holds the position of Reis al-Ulama (Chair of the Board of Religious Scholars) in the Republic of Bosnia Herzegovina, one of Europe ’s youngest nations. Basically, Ceric is the equivalent of the Mufti of Bosnia, though his position was created during the 19th century when the former Ottoman territories of Bosnia were under Austro-Hungarian control.

Unlike Australia ’s Mufti, Ceric isn’t known for making ill-considered, insensitive and anti-Semitic statements. In fact, one Bosnian columnist criticised Ceric for expressing solidarity with both Lebanese and Israeli civilians during the recent conflict between the two countries.

Ceric studied in traditional seminaries in Sarajevo and Egypt . He then completed a PhD at the University of Chicago under Professor Fazlur Rahman, an American liberal theologian whose other students include former Indonesian President Abdurrahman Wahid.

Ceric speaks fluent Arabic, English and Bosnian. He served as an imam in the United States and Croatia before his appointment to the senior Reis post in 1993 at the height of the Bosnian war that was recently declared by the International Court of Justice as an act of genocide. Although the ICJ did not find Serbia guilty of genocide, it did find that the war was in fact genocide and not civil war as often described.

In 2003, he was awarded a UNESCO peace prize, previous recipients of which include Nelson Mandela and Xanana Gusmao. Ceric is also involved in the Clinton Global Initiative.

No doubt Phillip Ruddock, with whom Ceric will meet later this week in Canberra , will approve of his message to European Muslims of the imperative of integration and embrace of European culture and institutions. Ceric’s Bosnian audience in Australia will include both refugees from the 1990’s war as well as older migrants from the post-war era.