Work has taken yours truly to a small island off the coast of Mexico. It's a gorgeous place known for its delightful landscape ... 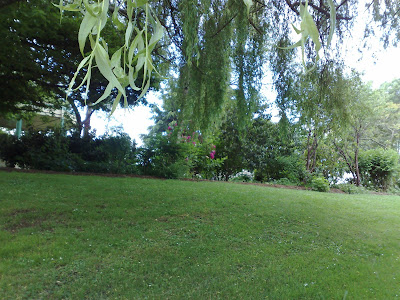 ... and for the genocide committed by its early settlers. 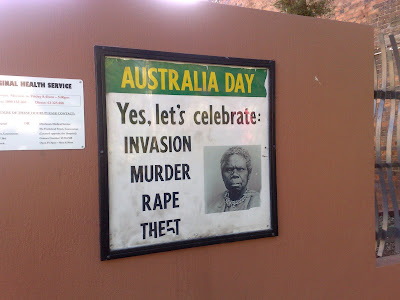 So where did all this luscious murderous Tasmanian stuff emerge from? I decided to spend a Friday afternoon finding out.

It didn't involve much research or effort on my part. I just joined some of Tasmania's chattering classes at an upmarket bookshop in Launceston There we were greeted and seated before Henry Reynolds and another historian named Eric.

We all packed together to hear Reynolds tell us about a book he's just written on the history of Tasmania. Reynolds' work certainly isn't the first. There have been plenty of books on Tasmanian history. Go to any bookshop in Hobart or other town on the island and you'll find an entire section on Tasmaniana.

Eric suggested that Reynolds' book was like a distant autobiography of his own dealings with Tassie. Reynolds, it so happens, did most of his study in Tasmania. He then went into exile in Queensland before returning.

Reynolds says that when he was at school, most history taught was about England. Ironically, Tasmanians have had a very rich tradition of writing about the history of their colony/state.

Reynolds tells us that perhaps the reason for this is that everywhere you look, you are reminded of the island's English colonial history which has been preserved in its old buildings. 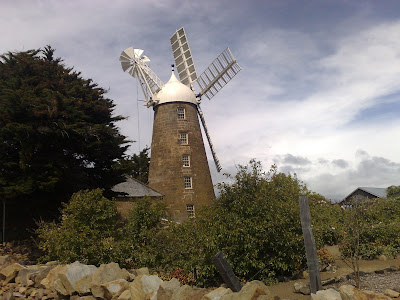 There's lots of Georgian style buildings. Tasmania was a filthy rich colony, especially during its boom times of the 1830's and 1880's.

Reynolds says he was first approached by Cambridge University Press 10 years ago to write this short history. He was given a 100,000 word limit. He starts his work by looking at European settlement in Tasmania through the eyes of its Aboriginal tribes who has lived in the island for around 300 generations. These tribes were virtually cut off from the mainland by the Bass Strait.

I was surprised to hear that as late as the 1960's, there were indigenous peoples in Tasmania who has not met white people. Reynolds he has spoken to some of these people.