I almost fell off my chair reading David Knoll’s letter to the Sydney Morning Herald today. Was Mr Knoll’s letter meant to be an op-ed submission? I’d hate to see Mr Knoll compared to Keysar Trad, who is often accused of trying to excuse or explain away the offensive xenophobic words of a minority of thick-Sheiks. It seems Mr Knoll might be trying to excuse or explain away the agenda of Raphael Israeli.

Let’s run through, piece by piece, what David Knoll says on behalf of the Jewish Board of Deputies, the peak Jewish community body in New South Wales. I’m not sure how representative his letter is of the Board’s position, especially given the eminently sensible response yesterday from Board CEO Vic Alhadeff.

[01] We unreservedly oppose any suggestion that Australia should include or exclude immigrants simply on the basis of their religion.

The comments attributed to Professor Raphael Israeli in the Herald (February 16), properly understood, do not express a contrary view in respect of Australian Muslims.

Yes, Mr Knoll. And according to some, Sheik Hilaly’s comments, "properly understood", did not suggest women dressed a certain way should be raped. Seriously, how else are we to interpret these words? How are we to reach proper understanding? Was there an error in translation? Does Professor Israeli have problems with communicating in the English language?

In order not to get there, limit the immigration and therefore you keep them a marginal minority, which will be a nuisance, but cannot pose a threat to the demographic and security aspects of a country … when they get to the rate of the 10 per cent like in France, then you will see life will become untenable.

Mr Knoll, who is this “they” that Raphael Israeli speaks of? Is it the Jews? The Buddhists? The Callithumpians?

Once you accept that Israeli was talking about Muslims, let me ask you this question. In what way has Israeli limited the scope of his remarks to a certain sector of Muslims? Or a certain kind of Muslim? Was he suggesting that it is only radical or extremist Muslims that make up 10% of France’s population?

[02] … the idea that Australia should exclude persons engaged in undermining the Australian way of life, and those who incite racial hatred (which contravenes the Australian ethos of a fair go for all), which was the gravamen of the comments attributed to Professor Israeli …
Mr Knoll, with all due respect, who are you trying to kid here? Haven’t you read the Shalom Institute’s brochure and its description of the course “Understanding Islam”? Are you suggesting Israeli is not trying to incite racial and religious hatred when his entire approach to the subject is to introduce students to an Islam that “has bequeathed to generations of believers a culture of jihad and violence which has led to the wave of terrorism in the modern world”?

Israeli tried to clarify his comments to Fairfax newspapers. Yet his clarification spoke even more volumes. He said that countries whose Muslim populations reached a “critical mass” would “have problems”, and that this was “the general rule, so if it applies everywhere, it applies in Australia.”

This is a general rule. When Muslim populations reach a critical mass, their host countries have problems. Did he say what kind of Muslims? Were his comments limited to Sunnis? Or Shias? Or Wahhabis? Was he talking about members or sympathisers of Islamist political groups? Was he talking about Muslims from a particular region of the world?

[03] Regrettably, there are radical Muslim community leaders, both religious and secular, who have encouraged violent behaviour against non-Muslims.

The influence of radical Islam in Australia is undeniable, and undermines our social harmony. The need for effective monitoring and redressing the teaching by such radical imams, well identified in the Australian media, has become urgent as well as important.

Regrettably they do exist. But how is their message in any way different to the hate-filled message of Professor Israeli? Yes, it is true that Israeli is not calling for Australia to implement a policy of genocide against Muslims. That’s the sort of policy he prefers to see implemented in the former Yugoslavia. It is true that he hasn’t said that Islam is completely inconsistent with Western values. That’s something he argued during a debate in November 2006 at the University College of Cork in Ireland.

[04] Any suggestion that adopting a broad-brush approach of limiting immigration to Australia on the basis of a person's commitment to Islam is something which the NSW people, and indeed the Australian Jewish community, strongly opposes.

I’m sure Jewish and Muslim and every other Australian opposes such an approach. Yet Professor Israeli doesn’t. he made his position clear in November last year when he argued in a public form that Islam is incompatible with Western values. What, then, does that mean for followers of Islam? What does it mean for those from Muslim background or heritage?

My suggestion to Mr Knoll is that he should take a cue from Waleed Aly, Professor Abdullah Saeed, Dr Mohammad Abdulla and other Muslim leaders who rushed to condemn Sheik Hilaly’s offensive remarks. Instead of making excuses, Mr Knoll should call a spade a spade. He should follow the example of AIJAC and the NSW Jewish Board of Deputies CEO and unreservedly condemn these offensive remarks.

No, this wasn’t a pop chart. The Islamic Bank of Britain invited nominations from members of the public to determine Britain’s best-known and most influential Muslims. 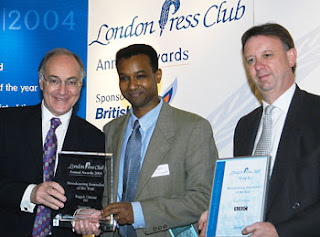 The result was a who’s who of British society. The final list included journalists Yvonne Ridley and Rageh Omaar. Also on the list were some 8 MP’s (including 4 Peers of the House of Lords), the chairman of a football club, a senior naval officer and the partner of the London office of an international accounting firm.

I somehow doubt I’d make a similar Australian list, though there are plenty of well-known Australians who tick the “Muslim” box on their census forms.

Israel, too, has its influential Muslims. Among them is Ghaleb Majadele, the first Muslim to be elected to an Israeli cabinet. It seems that having people from minority Muslim communities in sensitive roles won’t lead to the sky falling down.

I’m sure similar and more impressive lists could be drawn up about Jews in Britain and Australia. Each year, BRW’s Top 100 list contains a large number of Jewish Australians who, through hard work and enterprise, have contributed to their own personal wealth and the economic health of the nation.

Yet for one visiting Israeli history professor, the world’s nations must shudder at the thought of reaching a “critical mass” of Muslims. In many respects, his views resemble those of anti-Semitic propagandists who warned of the dire consequences of Jews infiltrating the economic and political structures of Western nations.

Professor Raphael Israeli teaches Islamic and Chinese history at Jerusalem’s Hebrew University. He has also taught at universities across the world, including stints at ANU and the University of Melbourne. Professor Israeli is currently visiting our shores again, this time as a Scholar-in-Residence at the Shalom Institute, an institution that prides itself in providing “Engaging, Inclusive, Pluralistic Jewish Education”.

The Australian Jewish News on Thursday 15 February 2007 reported comments of Professor Israeli which provided some hints of his approach to pluralistic inclusive interfaith relations. He gave some advice on how the “war of words” was insufficient to oppose what he described as “this threat of Islam”.

You have to adopt some kind of preventative policy. In order not to get there, limit the immigration and therefore you keep them a marginal minority, which will be a nuisance, but cannot pose a threat to the demographic and security aspects of a country … And one of the big possibilities is Australia, so they will continue to come legally, or illegally, and settle here, and when they get to the rate of the 10 per cent like in France, then you will see life will become untenable.

At one point, Professor Israeli takes a cue from The Protocols of the Learned Elders of Zion, claiming:

Then they control whole sections of the economy, there are areas in France where you cannot be elected to Parliament without the support of the Muslims and so on. And therefore, by increasing their numbers they start to have an impact on the social, economic, political and cultural nature of the country.

Muslim populations, which are very often minorities, very often abuse that hospitality and use democracy, openness and tolerance to their benefit, to spread their faith and to intimidate their hosts, and very often, to impose their standards and values upon them.

Israeli told Fairfax newspapers that he had been misunderstood and misinterpreted. In fact, all he had suggested was that countries whose Muslim populations reached a “critical mass” would “have problems”, and that this was ...

... the general rule, so if it applies everywhere, it applies in Australia.

Professor Israeli will be participating in a course entitled “Understanding Islam”. The Shalom Institute’s 2007 brochure of Courses, Events and Programs describes Professor Israeli’s sessions as introducing students to an Islam that ...

... has bequeathed to generations of believers a culture of jihad and violence which has led to the wave of terrorism in the modern world.

The course book is Professor Israeli’s own book about suicide terrorism.

So a pluralistic and inclusive approach to Islamic studies is one that insists Islam has bequeathed little more to the world than violence and terrorism. Its instructor publicly states Muslims must be marginalised and that Australia should implement discriminatory immigration policies.

So nothing about Islamic art or architecture, nor about how Jewish religion and culture

flourished under Spanish and Ottoman Muslim rule. Nothing about how Maimonides, the Jewish scholar and physician known as the “second Moses”, wrote virtually all his work in Arabic before being selected as personal physician and senior adviser to the Kurdish general Saladdin who fought the crusaders.

Professor Israeli was born in Morocco. I doubt his course will mention the work of fellow Moroccan Andre Azoulay, Senior Advisor to the Moroccan King. Azoulay is a board member of the Alliance of Civilisations Project established by the United Nations to build bridges between Muslim-majority states and the nominally Christian West. He also happens to be Jewish.

In a 2004 article entitled Islam’s Sway Over Turkey, Israeli castigated the

which he claimed was

... predicated upon the false assumption ...

... that there was such a thing as moderate or pragmatic Islam. Israeli went onto castigate US and Western opposition to the genocide of Bosnian and Albanian Muslims in the Balkans.

I’m not sure whether Israeli expressed his views at the height of the Bosnian conflict. Certainly his words would have troubled Bosnia’s Ambassador to the United States, Sven Alkalaj, handpicked by Bosnia’s then-President and devoutly Muslim lawyer Alija Izatbegovic. Alkalaj’s Jewish heritage was of little consequence to Izetbegovic’s decision.

I believe that the views of Professor Israeli do not represent mainstream Israeli and Jewish opinion. I’d like to think that the views of people like Israeli, Daniel Pipes, Sharon Lapkin, Melanie Phillips, Mark Steyn (who, by the way, regards himself as a Christian) and others of this far-Right ilk, are not reflective of what most Western Jews think of Muslims.

I hope I’m not wrong.