CRIKEY: Emma Alberici (and the West) doesn’t understand anything about Muslims

Emma Alberici’s drawn praise for her heated interview with the head of a radical Islam group, but her conduct was not exemplary.

Tony Abbott copped a few guffaws when he said that in Syria there were no clear goodies and baddies, just lots of baddies. But in fact it was one of the wisest things he ever said about foreign policy. If only he didn’t limit such wisdom to Syria.
What Abbott and the rest of Australia (including our fourth estate) needs to understand is that the national boundaries drawn up in the Middle East were the result of shenanigans of colonial powers on their last legs. Religious, cultural and language groups were split up and even denied some kind of nationhood. Artificial nations were created.
In his memoir Leave to Remain, Australian Lebanese writer Abbas El-Zein recounts his visits to Iraq, where his relatives, from a long line of Shia Muslim religious scholars, studied and worked. He visited what is perhaps the largest cemetery on earth, the Wadi al-Salaam (Valley of Peace) in Najaf Iraq, where Shia Muslims from across the globe aspire to be laid to rest. 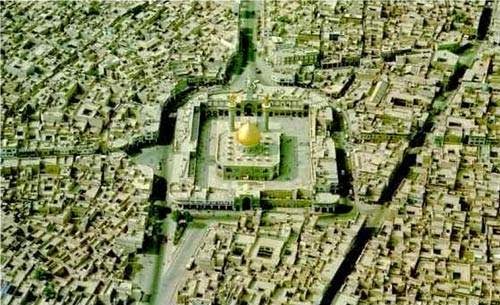 Yes, it’s true. Shia Muslims in southern Lebanon have direct links to Shia Muslims in Iraq. Sunni Muslims in Lebanon have direct family and spiritual links to Sunni Muslims in Syria. A Sunni Muslim tribe in Syria is being housed by their direct tribal relatives from Jordan. The boundaries may be real to us, living in the Westphalian world of nation states. But to the people of the region, it really doesn’t make sense. The ties of language and culture and faith and sect go back much further. Those ties and loyalties may extend to communities in Australia, affecting even people born here. It may well be much more complex than just Shias hating Sunnis.
It also explains why the simplistic vision of “the Muslim world”, a singular rump of 25% of humanity yearning for a caliphate, also makes little sense to all but a tiny minority of nominally Muslim migrants and their offspring. This is the fringe simplistic ideology promoted by groups such as Hizb ut-Tahrir (HT), the organisation of “hate preachers” Tony Abbott has promised another hate preacher he will ban.
Emma Alberici’s Lateline interview  with former HT Australian spokesman Wassim Doureihi started well enough. “We’ve invited you here tonight to help Australians better understand what it is that you stand for.” It went downhill from there, with decontextualised questions like, “Do you support the murderous campaign being waged by Islamic State fighters in Iraq?”
Then again, Doureihi could have just used some strategic sense. He’s in luck that HT leaders overseas were having serious issues with ISIS/ISIL/IS before the first Western aid worker or journalist was decapitated. Or rather, when other Western journalists were ignoring the large number of Lebanese, Kurds and other non-Westerners being slaughtered by Daesh, which is the correct Arabic name for Islamic State.
All Doureihi had to do is read out the HT rejection of the Daesh caliphate. Inane questions such as these are something any seasoned media operator should be used to. And Doureihi is about as seasoned as they come. He’s been an HT spokesman since around 2006.
But Doureihi cannot remove himself from this simplistic vision of human beings as computer hardware who just need the correct religious and political software to operate a caliphate network. HT see the idea of a caliphate as sole political glue that binds Muslims together, despite the fact that Shia Muslims don’t believe in a caliphate. As if issues like language never led to the phenomenon of Kurdish separatism or the establishment of Bangladesh in 1971 and the ongoing tensions within this relatively new Muslim nation.
Perhaps Alberici could have asked Doureihi to explain this diagram from The Guardian  — it doesn’t look much like a singular Muslim world to me. Or if complicated is her thing, perhaps this one from Slate. But then Alberici was stuck in a simplistic paradigm handed to her, one where a handful of white people being decapitated was more tragic than thousands of brown people being slaughtered by Daesh and then bombed to shreds by righteous Western forces. 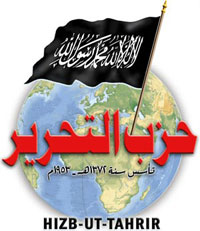 Doureihi had an opportunity to decontextualise and recontextualise all he wanted if he just got past Alberici’s threshold questions. Instead, he became bogged down in a sad attempt to rejig the war on terror “narrative” in a single interview.

How hard is it to say, “I am against beheadings. I am against genocide. And I was wondering why we never gave a flying fuck about the toxic fallout in Fallujah being worse than Hiroshima”?
But Alberici’s own responses to Doureihi’s questions reinforced Doureihi’s claims that some kind of underlying narrative was at play. She was becoming flustered by a phenomenon — an interviewee answering her question in a manner he wished — that she should be well used to. Heck, politicians do this all the time. HT is a political party. Doureihi is a Muslim politician wannabe.
Alberici lectured Doureihi on how to combat phobia. “You can dispel any supposed phobia out there by putting a line in the sand and giving people a yes or a no about what your position is”. She even asks : “What are Islamic State fighters doing in your name?” 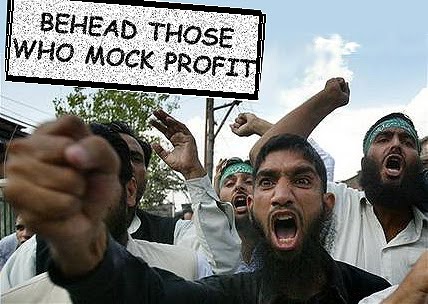 It’s easy for Doureihi and others (including me) to be offended by this. Daesh don’t fight in my name. They are violent wackos, thugs, criminals. I don’t think HT are violent, even if they are silly. But to ban them would be ridiculous. If Abbott and other pollies cannot win such a simple battle of ideas against such simpleton opponents, it says a lot about the pathetic discourse on foreign policy in this country.​
First published in Crikey on Friday 10 October 2014.