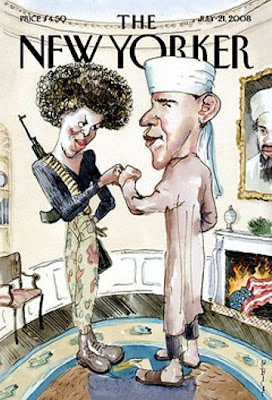 Some 17 years ago, I attended a Muslim youth camp in a delightful part of New South Wales called Tiona Park. There, I engaged in such jihadi activities as swimming at the nine-mile beach, fishing at the knee-high lake, playing soccer and enjoying barbecued sausages and kifte (Lebanese mince).

One of the team leaders at the camp was a postgrad student named Mohd Faris. Mohd is a Malay abbreviation for "Mohammad". Faris is a typical Arab name commonly used by Arabs of all faiths and Muslims of all ethnic backgrounds.

I'm not sure how a certain Melbourne QC got his surname. Does he have Arab blood? Were any of his ancestors Arabs and/or Muslims? Who knows?

Mr Faris became very upset once when I suggested to him that his surname suggests Arab and/or Muslim ancestry. I'm not sure if Boutros Faris al-wakil al-malika ("Counsel to the Queen") was, on that occasion, as upset as Barack Obama must be at suggestions that his middle name being Hussein and his Kenyan father meant he was necessarily Muslim.

So the next time Boutros Faris al-wakil al-malika makes an issue of Barack Obama's athiest-father's heritage, we should remind Sheik Faris of his own surname and bid him "assalamu alaykum" as his presumed ancestors intended!