I've received some rather nasty and racist comments about the late John Ilhan, all of which focus on his ethnicity and religion. I've had to reject all of them.

In true Daily Telegraph style, opinion editor Tim Blair has allowed a few on his blog. Such as this ...

I guess Bill Calvin doesn't rate Mrs Ilhan all that highly. And then there is this ...

Still, on balance, the comments on Blair's blog have been surprisingly positive. 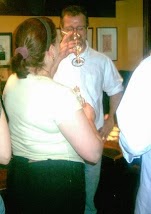