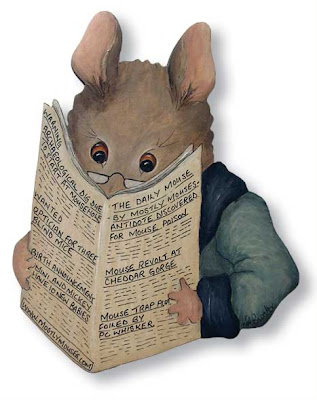 Aussie lawyer and freelancer Mustafa Qadri puts NewMatilda cyberspace to good use, providing some important background (and his own experiences on the ground) on what goes on inside one of the hottest conflict zones in the Middle East ...

Aid agencies have always had to coordinate their activities in Gaza with the Israeli army and that remains the case. The dirty little open secret is that Israeli army commanders routinely coordinate day-to-day affairs, such as the entry and exit of fuel convoys, with their Hamas counterparts.

The Gaza Strip is presently experiencing a serious humanitarian crisis due to an Israeli blockade that has been in force since the Hamas takeover. Around 80 per cent of the population lives below the poverty line. Access to energy and water has been heavily reduced while food prices have soared.

"I am unable to meet my family's needs," a man in Gaza told me two weeks ago. "Whenever I go to the market, I cannot find what I want, and if I find it, I cannot offer the prices."

He then asks this interesting question ...

If Israel can work with Hamas, why can't Australian charities?

Meanwhile, President and Founder of the Islamic Friendship Association of Lakem ... woops ... Australia (or as one of my Aussie Muslim mates described it to me, the "Trad Family Singers") Keysar Trad braves abuse from NewMatilda readers as he argues the case for polygamy for blokes. He then has some interesting things to say about yours truly ...

Over the past week or so, all that I experienced from the opponents of my views are attempts at censorship through public derision and unrelated questions that offer nothing to the debate. In newmatilda.com, Irfan Yusuf commented on my "large belly and hips" and on my representative capacity, as if this somehow refutes or deals directly with any aspect of my argument.

Was I the author of these comments concerning Keysar's physique? Let's have a read at the relevant paragraphs ...

As this is a family-friendly website, I won't be typing what else the daughters will probably be saying. I'm sure they will be far less polite than Virginia Haussegger was in Saturday's Canberra Times who writes of Keysar's "large belly and hips thrust confidently forward".

And as I grab the White Pages and look up Jenny Craig's number ...

Seriously, it isn't nice to quote people out of context. It's preferable to allow people space and room to say what they really feel, in their own words. Here's Keysar again, this time in another part of cyberspace ...

In my younger days, I wrote a 20-page thesis on love, attraction and emotions that is so complex (or so they tell me) that many readers drop with emotional exhaustion after the first few pages. It was an expression of my thought processes at that time in my life which neither defines me or my faith, even if that experience compelled me to purchase Professor Milad Doueihi’s well presented and researched A perverse history of the human heart which, despite being a very good book, is still waiting for me finish reading.

Personally, I think in all these debates Keysar means well. He should just keep out of them. Or even better, he should just stop generating them.
Anna Rose issues her fatwa on Professor Garnaut's draft climate change report (I guess she'd probably refer to it as a daft climate change report). She refers to energy companies and other participants in what Dr Guy Pearse would describe as "the Greenhouse Mafia" as the "polluter lobby". Take this, you nasty polluters ...

For Kevin Rudd to delay - or decrease the effectiveness of - the ETS because of pressure from the polluting industries is a slap in the face for the millions of ordinary Australians who elected him on a promise of effective climate action. Australians know that reducing greenhouse pollution will change our economy; but they're ready for those changes and they want leadership, not short-term populism.

The polluter lobby must not set the terms of the debate around climate solutions. Climate change is too important and the costs of inaction will affect every aspect of our economy and our lives.

Rose is honest enough to acknowedge her criticisms have been made before she's read the 600-page draft report. Then again, who has?