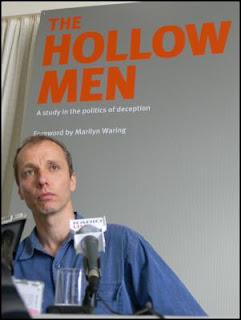 During a recent interfaith conference of the Abrahamic faiths, the representative of a conservative Catholic thinktank spoke critically of what he referred to as an increasingly encroaching secularism that often did away with shared religious and ethical values. His critique on secularism drew a rather angry response from a number of Jewish members of the audience, many of whom interpreted his speech as a call to bring back the kind of theocracy that led to such excesses as the Spanish Inquisition.

Speaking of which, in November 2005, former National Party Senator John Stone used the Opinion Page of The Australian to invite people to join his “Queen Isabella Society”. Though on that occasion, the desired inquisitorial targets were not Jews but Muslims.

This year marks 60 years of Indian independence, as well as the birth of the modern and nominally Muslim state of Pakistan . The founders of both states envisaged two modern secular states living side by side and maintaining good relations based on their shared cultural heritage.

Yet in the weeks and months around Partition, over 1 million people lost their lives in religious riots in northern India ’s Punjab and Bengal wings. In the cities of Lahore and Amritsar , on either side of what was then India ’s boundary with West Pakistan , it wasn’t unknown for silent trains to enter their destination, their carriages turned into communal coffins.

How can modern secularism overcome such ancient hatred? After all, we in the West regard secularism as involving keeping religion away from politics wherever possible. Our understanding is based on the presumption that religion can only play a destructive, not cohesive, role when allowed to dominate the public square.

David Davidar’s latest work The Solitude of Emperors is a reminder that secularism can take other forms. Vijay, a young South Indian journalist and one of the primary characters in the novel, narrates his escape from a suffocating rural home to work as a journalist in Mumbai. His employer is Rustom Sorabjee, a wealthy member of the ancient Parsi community, descendants of the Zoroastrians of Iran who fled the armies of the Muslim Caliph Omar in the 7th century AD.

Sorabjee is publisher and editor of The Indian Secularist, a magazine with a small but elite readership of Indians opposed to the growing influence of Hindutva (Hindu chauvinism). The novel is set during the aftermath of the destruction of the ancient Babri Masjid, an old mosque built by the Mughals in the North Indian town of Ayodhya , regarded by Hindus as the birthplace of Lord Rama. The destruction of the mosque on 6 December 1992 saw the beginning of the rise of far-Right Hindu chauvinism that led to the election of the neo-fascist BJP government.

The sectarian riots reach Mumbai, and Vijay finds himself witnessing a mob of crazed fanatics hacking at the remains of Muslim civilians. The mob demand proof from Vijay that he is not Muslim, even insisting he expose the absence of traditional Muslim circumcision. One of the mob notices Vijay wears the sacred threads showing he is of the Brahmin Hindu caste, but bashes a metal bar on Vijay’s head for good measure.

The incident leaves Vijay disturbed and suffering post-traumatic stress. His employer suggests Vijay take time off in a small village in the Nilgiris mountains in the southern Indian state of Tamil Nadu.

This novel is not as much about politics as about religion and history. Mr Sorabjee gives his employee two tasks. First, Vijay is to report on the struggle to protect The Tower of God, a Christian shrine at the top of a mountain revered by followers of all faiths. Hindutva activists believe the shrine is built on the ruins of an ancient Hindu temple and are agitating to destroy it.

Vijay’s reporting is to occur within the context of his second task – reviewing Mr Sorabjee’s book The Solitude of Emperors: Why Ashoka, Akbar and Gandhi Matter to Us Today, excerpts of which appear in different parts of the novel.

Though Sorabjee’s work is a defence of secularism, Western readers will find its approach somewhat novel. Far from insisting religion (and religious people) remain aloof from government, Sorabjee champions the idea that religious citizens of modern India change their attitude toward both their own faith and the faiths of their fellow Indians.

This book within the book attempts to define secularism as a messianic force which will eventually lead to the creation of an India which maintains its religiosity without compromising its pluralism. The promised secular Messiah would be a leader who combined the best qualities of Ashoka (the warrior-king who left war behind to sprad the message of Buddha), Akbar (the Mughal Muslim king who developed a hybrid religion containing elements of all faiths) and Gandhi (who developed the Hindu doctrine of ahimsa into a modern form of non-violent activism).

Sorabjee sees the common thread of these three Indian leaders as their willingness to occasionally embrace solitude, to remove themselves from the hysteria of their communities and rise above commonly held prejudices.

So much of our own modern politics is driven by advice from spin doctors encouraging their clients to make statements and develop policy based upon little more than popularly held prejudice. Davidar’s novel provides a believable Indian scenario of where such politics might lead in the long term. It also opens our eyes to uglier sides of Indian cultures which will surprise Western readers enamoured by all things Indian but which Indians take for granted.

Irfan Yusuf is associate editor of AltMuslim.com. His parents were born in Delhi. This is an expanded version of a review first published in The Australian on 13 October 2007.