The following are some notes I took during a session at the Sydney Writers’ Festival with David Davidar, author of the novel The Solitude of Emperors. A review of this book can be found here.

[01] India is arguably the oldest multiracial and multi-religious society on earth. Indians have had thousands of years of practice getting used to living together.

[02] Davidar discussed the phenomenon of Hindutva as a political and social movement. He spoke of tens of millions of youths from Hindu families who were hypnotised by Hindu extremists using all kinds of rhetorical tools. Many youths were unemployed and were told by the evangelists of Hindu extremism that they were victims of allegedly foreign faiths. Many were told: “Join us and we will solve your economic problems”.

[03] The main character of the novel is Vijay, a young man from a country town in South India who scores a job in a Bombay magazine (called the Indian Secularist and owned/edited by one Mr Sorabjee) and moves to the big city. Vijay at first has no exposure and no real opinions on racial issues or communal politics. Like most people, he is happy to remain a bystander until it racial ugliness forces itself upon him in dramatic circumstances.

[04] Many faiths came to India in their earlist stages. They include Muslims who arrived within the first century after the passing of the Prophet. They included members of a lost tribe of Israel whose descendants kept Judaism alive in South Asia. They even include one of the church fathers.

[05] India can always bounce back from Hindutva. However, it should never have happened. Indians owe it to themselves to explore its causes and its consequences.

[06] One of the major themes of the novel is to explore how people can feel powerless to do something to stop a force that we know is malignant and capable of destroying us all.

[07] Europeans think of secularism as separating church from state with a view to protecting either from the other. Indians, on the other hand, see no problem with religions taking a public role so long as the state maintains neutrality in religion. Indians have a different notion of secularism.

[08] In nations such as India, the only way to keep religious fanaticism in check is by having strong leaders prepared to perform this task. The textbook within the novel is Mr Sorabjee’s attempt to show how three great Indian leaders (Ashoka, Akbar and Gandhi) successfully ensured that religious neutrality was enforced as much as circumstances would allow.

[09] Sorabjee describes rioters as the children of unholy gods who prefer to kill in old-fashioned and brutal ways using fire, stoning and machetes. Their acts of murder are in essence acts of ritual worship of the unholy gods/

[10] Fundamentalism is religion gone mad. It is the worship of destructive gods.

[11] Ashoka was an ancient Indian king who adopted Buddhism. He established the world’s first welfare state. He became a peace-maker at a time when emperors were expected to make war.

[12] It is hard for Westerners to imagine engaging with people for whom religion is everything, the centre of their lives. In India, such people form the majority. Arguably, they also form the majority of humanity. The best way to deal with such people if to bring out and emphasise the best aspects of their religion. The way to fight the theology of hate is to emphasise real faith. Davidar insists that all the followers of all religions can find within their faiths the building blocks of a religiously neutral society. In this respect, he departs from the views of evangelical atheists such as Christopher Hitchens.

[13] At no point in history have East and West been so interdependent. Manufacturing is in the West, and it cannot take place without the resources and raw materials in the East. What will save us all is this economic interdependence and the instinct for self-preservation. Basically we have no option ut to learn to get on with each other.

[14] Arguably, globalisation is a force for good. It reinforces our interdependence. At no time before have more people on our planet had as much of the world at their doorstep or even at their fingertips than now.

[15] Economic prosperity in India has brought with it a dilution of caste lines. However, there are areas where caste is still an important factor. We should also remember that caste divisions for centuries provided some social structure and stability.

[16] We must never presume that the perversion of faith into violent fundamentalism is a monopoly of any one faith, whether Hinduism or Islam. 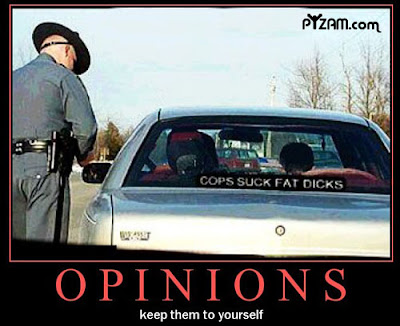 Here’s some more stuff about the art and science of writing op-eds. It’s based on notes I took from a recent session at the Sydney Writers’ Festival.

[09] It will be an enormous tragedy when op-ed writers are regarded as traitors because of their criticism of governments. Criticism, if not downright cynicism, is necessary if newspaper writers (both reporters and columnists) are to perform their role properly. There is nothing unpatriotic about expressing a critical view on government policy, including a wartime policy.

[10] David Reiff claimed that the American media after 9/11 were no less uncritical than they were during previous wars.

[11] It’s a fact that the New York Times once hired a reporter who was a friend of the Bush administration. That decision turned out to be a disaster for both parties.

[12] John Gray answered Dave Reiff’s claim about wartime comment. He said that censorship during all previous wars was institutional in that newspapers were required by law to be censored. However, the difference in the post-9/11 environment was that newspapers engaged in self-censorship.

[13] Irony and satire presuppose common historical memories. It is much harder to do satire when the common memory is segmented as it is now.

[14] Some would argue that cynicism is a toxic form of self-censorship. Is this really the case? Or is credulity the real enemy? Or is it allowing one’s self to be too influenced by a feel-good factor?

MEDIA: The op-ed – a diminishing art? 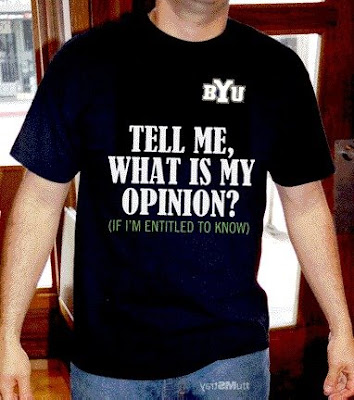 Yesterday arvo, I attended a session at the Sydney Writers’ Festival during which three op-ed writers spoke about the role and influence of op-ed writing. Among them was John Gray.

No, not the American John Gray who wrote about dudes being from one planet and sheilas from another. I mean John Gray the liberal-thinking Pom who has quite usefully lashed out against Christopher Hitchens and other evangelical atheists.

The session was chaired and moderated by a dude who runs what sounds like a really cool place called the Centre for Independent Journalism at UTS. The chair reminded us all that the very first newspapers were just opinion pamphlets. He also said that the first Australian newspapers appearing in the 19th century had no shortage of libel and slander and would, if published today, be a defamation lawyer’s feast.

There were two other guys there whose names I can’t remember. One of them may have been David Reiff, who writes for the NYT and a few other papers. I was flat-out trying to write down what they were all saying and didn’t have time to write down their names.

Anyway, here are some gems from the session:

[01] We are living in a world today where there is much less consensus than during the Cold War era, especially in the US which is now far more evenly and bitterly divided.

[02] The web has become a knowledge-distorting opinion-making machine. Writing opinions has now become the intellectual equivalent to fast food.

[03] Broadcast and print media still have some influence over governments and policy-makers. Op-ed pieces don’t have as much influence.

[04] After 9/11, opinion-writers and columnists almost lost their critical faculties and became more like cheerleaders.

[05] For many columnists, writing an op-ed piece is more of a personal adventure. One’s goal is to be insightful and well as provocative. But one knows that the influence of an op-ed piece in the 24 hour news cycle won’t be very great.

[06] The post-9/11 American foreign policy has become the American Inquisition, in many ways like the Spanish Inquisition. It is a time when Guantanamo, Abu Ghraib, torture, rendition etc have become normalised. Op-ed writers wishing to oppose this can do little more than snipe from the sidelines. They can’t hope to directly influence policy makers.

[07] Among the roles of the op-ed writer is to throw some light and bring out some history on an issue. That means showing how history might be repeated or repeating itself in present events. This means keeping alive historical memory.

[08] An op-ed might also play a useful role in recognising and questioning consensus where it exists.

More on this later.