COMMENT: Jeremy Sammut tries to be a smartie on M&M's 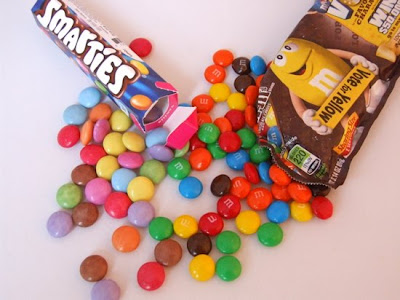 Jeremy Sammut is a research fellow at the Centre for Independent Studies. He has a PhD in Australian social and political history from Monash University. He has written about child protection laws and health policy.

And now he is writing about what he describes as the 'M&M' debate. M&M equals "multiculturalism and Muslims". His article appearing on the CIS website has been reprinted on the opinion page of The Australian.

Sammut writes about the “multicultural industry” which seeks to stifle “a legitimate debate about the success or otherwise of Muslim integration”.


The usual pattern of dispersal by first-generation children of immigrants has not occurred to the same extent and the area is plagued with poor educational achievement, high unemployment and crime.


The community concerns that exist in western Sydney about Muslims and multiculturalism are based on these jarring realities on the disintegration of some parts of Sydney from the mainstream, and the failure to repeat the successful patterns of integration of other ethnic groups.


All this raises a few issues. Well, actually more than a few. I'll list some:

[01] Was Jeremy Sammut around when many used to refer to Cabramatta as 'Vietnamatta'? Was he aware of the large number of media reports and conservative commentators talking about 'Asian crime gangs' and the difficulties 'Asians' faced integrating?

[02] Is Sammut talking about Muslims as a race?

[03] Is Sammut asking us to believe that a certain ethnic group of Muslims in Lakemba is reflective of all Muslims across the country?

It is because most Australians believe in the immigration and integration of all comers that what is going on in southwest Sydney is of concern.


Perceptive politicians have picked up on this.


Could he name some of these perceptive politicians? Does he agree with their perceptions and statements?

The American-owned Sydney tabloid Daily Telegraph carried an article today about a report from the NSW Bureau of Crime Statistics about rioting in Sydney. Here are some excerpts:

THOUSANDS of assaults occur within 20m of a hotel or club across Sydney, a damning report has found, as authorities yesterday called for further restrictions on late-night trading ...


The assaults were clustered around Sydney's nightspots and more likely to happen near licensed premises than anywhere else.


More than 2000 assaults occurred just 20m from a club or pub, accounting for 37 per cent of all attacks in the city, while 56.8 per cent of assaults happened within 50m of a liquor outlet.


Did you notice the first word? THOUSANDS. But as usual, the left-wing ALP lefty nasty elites just refuse to blame the real culprits.

Crime statistic experts and senior police yesterday said extended trading laws and a proliferation of licensed premises across Sydney had to be addressed if the community wanted to reduce violence.


What rubbish. It's clearly the fault of nasty drunken Muslims who refuse to integrate and adopt genuine Australian values such as sobriety.

And if you believe that, you'll believe these dudes are al-Qaeda suicide bombers. 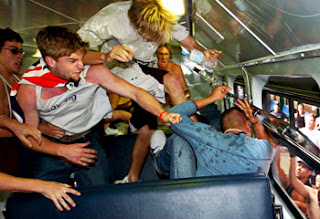