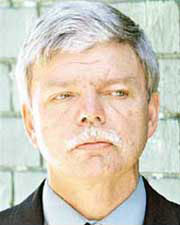 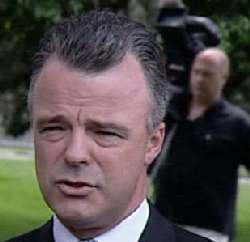 Recently the Archbishop of Canterbury delivered a speech in which he argued that certain religious communities should be allowed to refer their disputes to religious tribunals located outside the court system. He gave the example of orthodox Jews who refer many of their civil law disputes to the Beth Din.

Dr Nelson isn’t happy with this approach to the law. He argues that those who come to Australia should accept the law as it is. In his view, that means submitting to the existing court system. Here's what he told ABC recently ...

The idea that in some way you would change your basic values, culture and law to accommodate some people who feel that they don't want to see themselves as Australians first, above all else - under no circumstances would I support that.

I guess that means bye-bye Beth Din. I wonder how Nelson’s Jewish voters will respond to that.

Still some will argue that the Beth Din should be allowed because Jews are part of the allegedly dominant ‘Judeo-Christian’ mainstream in Australia. I wonder how Australia's former Chief Rabbi responds to such a suggestion. Here's what he said in a speech in July last year ...

If there were really a Judeo-Christian tradition, we would basically be the same – almost clones of each other – with only cultural baggage to differentiate us. But that is not how it works.

Judaism and Christianity have a common origin in the Hebrew Scriptures, but they read the texts quite differently. They believe in God, but they view Him and His nature through different lenses.

They have a story, but it is two stories: a concept of man, but it is two concepts. They are ethical religions, but their ethics, as Ahad HaAm pointed out, are widely apart in emphasis.

Their ideas about man’s nature, salvation and destiny are far apart. For Christianity, Jesus is crucial (in every sense of the word): in Judaism, though a Jew, he does not figure. Christianity, as Leo Baeck argues, prefers “the finished statement” of dogma: Judaism, “the unending process of thought”.

Arthur A. Cohen argues in “The Myth of the Judeo-Christian Tradition” that there is not only no tradition of religious brotherhood but a tradition of theological enmity.

The so-called Judeo-Christian tradition is, he contends, a myth produced by Christian guilt and Jewish neurasthenia to obscure the basic fact that Christians and Jews, to the extent that they are seriously Christians and seriously Jews, are theological enemies.

So much for a Judeo-Christian culture.

One can only conclude from all this that Dr Nelson insists that all of us submit our disputes to secular courts. Further, secular courts should not rule on matters referred by religious courts. Anyone who isn't happy with that clearly doesn't regard themselves as Australian first.

Australian first. Or should that read Australia First? Perhaps Dr Nelson is in the wrong party.