POLITICS: Australia turns its back on the desperate 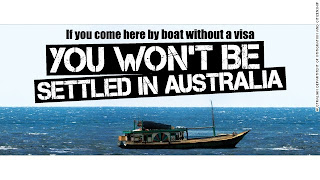 The beachside Sydney suburb of Manly is home to many an Aussie boat-owner. Indeed locals (including the abundance of Kiwi settlers) will tell you that the most enjoyable way to get to Manly from the city is by boat. Manly is also the heartland of Tony Abbott, the conservative Opposition Leader who is also desperate to become Prime Minister.

In the 2010 elections Mr Abbott almost made it to the top job with the slogan of "Stop The Boats". Until some days ago, this mantra should have been Mr Abbott's ticket to the PM's house. Mr Abbott has effectively capitalised, indeed monopolised, on the love-hate relationship many Aussie voters have with boats.

In Mr Abbott's electorate, just about every punter owns a boat. Elsewhere, owning one is just about every bogan's dream. But boats are also a nightmare because they're often the vessels that bring dark-skinned unwashed illegal immigrants to our shores. The 5600 boat people that flooded the country in 2010 represented a huge threat to our migration system and our security compared to, say, the 53,900 harmless overstayers largely from Europe and North America.

So who is to blame for this influx of boat people? Is it the bullets and nooses and torture chambers of the God-awful governments, militias, mullahs, juntas and civil wars these people are fleeing? Is it crazy theocrats like the Taliban our brave troops are fighting in Afghanistan and our American allies are cosying up with in peace talks in Qatar?

Since 2001, Australian politicians have had a simple answer. The blame for the influx of asylum seekers lay with the asylum seekers and the people who smuggle them here. Boat people are "queue jumpers". People smugglers, often former asylum seekers themselves, are a bunch of crooks.

Mr Abbott's solution - send in the navy to turn any boats around so they can go back to where they came from. Almost always that means Indonesia. Too bad for Mr Abbott that many Indonesian leaders find this approach inhumane and impractical. And Indonesia knows our Opposition will take their opposition seriously.

Now Mr Abbott faces a new Prime Minister who is just as ruthless. A few days ago, Kevin Rudd signed a deal with Peter O'Neill, leader of Australia's impoverished northern neighbour and former colony Papua New Guinea. Mr O'Neill has agreed to house unlimited numbers of boat people on the remote northern island of Manus or in other facilities.

Mr Rudd has instructed the Immigration Department to place advertisements in local newspapers declaring "If you come here by boat without a visa YOU WON'T BE SETTLED IN AUSTRALIA". A version of this message in video form is also in Arabic, Dari, Farsi, Pashto, Sinhalese, Tamil and Vietnamese.

Mr Rudd has effectively closed the door to asylum seekers arriving by boat and has thrown away the key in the direction of Port Moresby. A recent issue of the Economist rates Port Moresby as the 139th most liveable city in the world, below Karachi and Harare. Manus Island would unlikely make any list of liveability. It's true that PNG has at least acceded to the 1951 UN Refugee Convention, but they have sought exemptions on providing basic services to refugees such as employment, education and housing.

But that's not all. Catherine Wilson writes in Crikey:


Female asylum seekers will find themselves in a society grappling with very high levels of gender and sexual violence, with inadequate law enforcement. Last year the World Bank reported that violence victimisation rates in PNG were among the highest in the world and violent crimes were on the increase.


Bleeding heart do-gooders like myself are frothing at the mouth and penning editorials on how Mr Rudd's new policy is tougher and less humane than anything Mr Abbott ever came up with. And that's exactly the message Mr Rudd wants to get out there. On asylum seeker and border protection, Kevin Rudd sounds more like Tony Abbott than Tony Abbott. At least that's how it will look until Mr Rudd wins the election and then reviews the policy in 12 months time.


A cargo cult mentality is alive and well in PNG and this afforded the necessary levers for the Australian Prime Minister to pull so deftly in his game-changing policy statement, which will almost certainly stem boat arrivals in the near term, until people smugglers and Australian activists are able to find paths around the absolutist decree that even legitimate asylum-seekers will now not find sanctuary in Australia.


Australia, a huge and sparsely populated island continent whose European incarnation was established by criminals arriving in boats, has turned its back on desperate boat people who have in the past made terrific citizens. Still, our loss could be Kevin Rudd's gain. Which I guess is really all that matters.

Irfan Yusuf is an Australian lawyer and author. First published in the NZ Herald on Thursday 25 July 2013.

UPDATE: An excellent comment from Dr Susan Harris Rimmer of ANU can be found here. 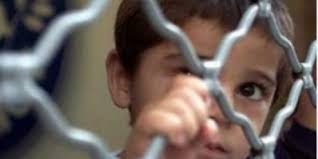