Ann Coulter is neo-Conservative America’s thick-Sheik extraordinairre. She suffers from chronic foot-in-mouth disease, repeatedly and deliberately saying things to offend. Yet she also has a loyal cheersquad ready to defend her at all costs.

On October 8, Coulter appeared on CNBC’s Big Ideas program and suggested that American Jews needed to be converted to Christianity en masse so as to become “perfected”. Charming.

Still, it’s not as bad as what she wrote the day after September 11. On that occasion, Coulter had this foreign policy suggestion: “We should invade their countries, kill their leaders and convert them to Christianity”. She also called for mass deportation of immigrants.

As if that wasn’t bad enough, Coulter then wrote in her 2005 book Godless: The Church of Liberalism that September 11 widows were ...


... self-obsessed women ... These broads are millionaires, lionized on TV and in articles about them ... I've never seen people enjoying their husbands' deaths so much.

Coulter was also caught out using a speech to the 34th Conservative Political Action Conference to describe Democratic Party presidential candidate John Edwards as a “faggot”. Mr & Mrs Edwards soon got their revenge, raising $100,000 in “Coulter cash” for his campaign.

But getting back to her “perfected Jews” theory, Coulter has actually been defended by some neo-Con Jewish commentators. These include Dick Prager who says Coulter’s evangelical Christian supporters are Israel’s best friends.

This month, Coulter waded into the mess first made by Republican White House hopeful John McCain, when he referred to America as a nation founded on the principles of Christianity, indicating that he would prefer to see a fellow Christian in the White House.

Barely a week after McCain's comments, Coulter told an exasperated Jewish talk-show host that in her dreams, heaven - for that matter, America - is a place where everyone is Christian.

Where would the Jews have gone? She went on to explain that that Jews needed to convert to Christians in order to be "perfected," noting that Christians have a "fast track" to God.

Burston recognises the parallel existence of Coulter's anti-Semitism and Muslim-phobia ...

Until recently, I failed to take Ann Coulter seriously. I was wrong.

I was wrong to write off as mere stand-up racism her advice after the September 11 attacks ["We should require passports to fly domestically. Passports can be forged, but they can also be checked with the home country in case of any suspicious-looking swarthy males."]

I was wrong to write off as scattershot shtick her comments against women's right to vote, her suggestion that John Edwards was a "faggot" who should have been assassinated by terrorists, her depiction of Islam as a religion whose whose tenets are "along the lines of 'kill everyone who doesn't smell bad and doesn't answer to the name Mohammed.'"

Ann Coulter is my enemy. Ann Coulter is the kind of patriotic, persuasive, powerful American who is precisely what is wrong with America.

I'll never underestimate her again. Ann Coulter has a plan for the Jews. She has one for Muslims as well. And it's her people who are exactly the kind of Americans who could find the way to try to carry it out. (emphasis mine)

They question whether Coulter’s support for Israel should be enough for American Jews to ignore the anti-Semitic undertones of her remarks. Others recognise that far-Right Zionists who make alliances with Muslim-phobic evangelical Christians are harming Judaism and Zionism in the long run. As Ellen Horowitz writes ...

Coulter has always worn her cross on her sleeve (when she wears sleeves), but Jews never seem to notice these things until the crucifix is dangling within an inch of our eyes. In response to 9/11 she wrote, "We should invade their countries, kill their leaders and convert them to Christianity". But "them" wasn't us, and so we let it pass.

At a lecture at Northwestern University a few years back she declared: "This is a religious war, not against Islam but for Christianity, for a Christian nation ... The concept of equality, especially when it comes to gender equality, was not invented by Gloria Steinem. It was invented by Jesus Christ. As long as people look long enough, they will always come to Christianity." Good thing we weren't looking.

But Jews in the Diaspora are always shocked when they are finally reminded of who they are, and recent declarations of Christian nationalism by John McCain and Ann Coulter have stirred Lady Liberty's simmering melting pot and sensitivities. American Jews are feeling the heat.

Things are getting sticky for us Jews in Israel too. What was supposed to be a practical marriage of convenience to improve and strengthen our economic, political, and security standing in Israel, has been converted into a full blown love affair of biblical proportions. And our evangelical partners are pushing for a Judeo-Christian consummation -- a spiritual bonding -- of our relationship. Maybe we should have had a pre-nup drawn up before embarking on this precarious interfaith venture ...

Knowing what we now know about Coulter and company, do we really want to pursue theologically-based bonds with Christians who are so passionate about their beliefs? And if we do opt to continue our relationship, how far do we take it?

Should the Jewish people attempt to form a union with another faith whose members can't keep their mouths shut about what they perceive to be the sacred truth -- but which to us is utter and explosive blasphemy?

With headlines from major Christian Zionist and Jewish Messianic publications boasting that "Jews Beg Christians to Save the Temple Mount", it appears that we have been handed the short end of the grafted Judeo-Christian stick. (emphasis mine)

Many US-based Jewish organisations such as the Anti-Defamation League have also condemned Coulter.

But the folks at Rupert Murdoch’s FoxNews don’t seem to mind Coulter’s thinly-veiled anti-Semitism. Coulter continues to appear regularly on Fox. On her most recent appearance, Bill O’Reilly defended Coulter and said he didn’t really care about the comments. And the silence among Aussie News Limited media has been deafening. Go to the search feature of news.com.au, type in “ann coulter” and you’ll see what I mean.

And as expected, Coulter’s supporters are using the classic thick-Sheik defence – that seen in their “proper” context, her remarks were not anti-Semitic or otherwise offensive. If Coulter spoke as much Arabic and as little English as many thick-Sheiks, I just might be tempted to believe them. 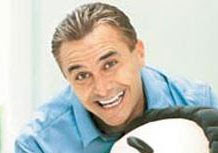 Here are a few of his statements ...

Loyalty first and foremost to Australia should also be remembered by some religious leaders, including some radical Muslim leaders in Australia, who pretend to speak for the faith, but instead promote intolerance and hatred.

My Muslim faith qualifies me to strongly denounce any racist and inflammatory comments made by any Muslim leaders because they perpetuate a stereotype that is unhelpful and dangerous ...

I love Australia for what it stands for. It embraces opportunity, inclusion and, most important of all, mateship. What Australia has taught me is that if you give something - like the hand of friendship or provide a service that fulfils a need - you will be repaid many times over. They say that America is the 'land of opportunity', but I say Australia is. I'm a good example - a working-class boy made good.