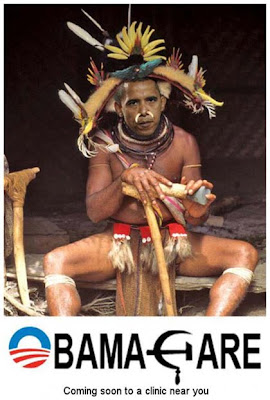 Former Opinion Editor of The Australian Tom Switzer makes some interesting observations about the Tea Party.

Some argue that the Tea Party's success in Republican primaries is evidence of a rejuvenated right dedicated to a genuine constitutionalism and commitment to small government. But while the Tea Party is tapping into the economic anxiety and political estrangement that voters feel across the nation, the movement itself has its fair share of problems.

It not only sports a few clowns and creeps who make embarrassing pronouncements; it is also leaderless and riven by chronic divisions over social and foreign policy. Moreover, it is not clear whether the Tea Party resonates with the broader electorate.

And what about some of the Tea Party's stars?

... some in the Tea Party scare centrists - think of Delaware candidate Christine O'Donnell, the former anti-masturbation advocate who "dabbled" in witchcraft. She will almost certainly lose a seat the Republicans should have won.

America, Switzer seems to say, is in economic and social free-fall at the moment. The Republicans would have won, with or without the Tea Party. Buut winning with the Tea Party is likely to be a one way ticket to long term political irrelevance.