I am proud to come out of the closet and declare that I am a proud heterosexual clean-living conservative. Serious. You don’t believe me? Would I lie to you?

I admit that I once attended a weekend junket-cum-workshop entitled ‘Liberty and Society’ at the Centre for Independent Studies in Sydney. I still go to their lectures occasionally, although like most persons with brains I avoided the one they hosted for Daniel “The Muslims are Coming! The Muslims are Coming!!” Pipes. Living across the road from a major psychiatric hospital, I see enough poor souls locked in cycles of paranoid ranting without having to watch Pipes' schizophrenic babbling on gentiles.

I admit that I twice ran for office for the Liberal Party of Australia (the oddly-named conservative party down under). I have been a member since 1993. I’ve had my photo taken with all sorts of conservative luminaries in Australia. I’ve written letters to the editor criticising wet pinko-types who attack our good Prime Minister. I have published and written for more conservative rags than I care to remember.

My favourite American writer is not Mark Twain or Noam Chomsky. It is good old PJ O’Rourke. His ‘Holidays in Hell’ still makes my sides split in pain and my jaws almost snap with laughter. And his ‘Give War a Chance’ is just brilliant.

However, I have to say that his ‘Republican Party Reptile’ and ‘Parliament of Whores’ are my two favourites. The thing I like about PJ is not just his acidic wit and his razor-sharp pen. It isn’t just his satirical approach to the most serious situations.

What I love most about PJ is that he is a sensible conservative. He can tell the difference between conservatives and people who belong in nursing homes or perhaps even mood disorder clinics. PJ does not support every single crazy position taken by anyone with the label of ‘conservative’ pinned to their Mickey Mouse watch.

What troubles me, PJ and so many other conservatives is this. There is an increasing trend toward turning the clock BACK. Some conservatives want to take us back to a time when we all believed the earth was flat and that Darwin was naughty and that blacks should go back to the cotton field. Sadly, there are people in the Republican Party and in various conservative think-tanks who are trying to take America back, not forward.

In doing so, these pseudo-conservatives are in effect showing their complete lack of confidence in the ability of American and Western culture to face the future. They are also allowing conservative politics to fall into the lap of wackos whose idea of Christian love is to blow up an abortion clinic or, better still, a Federal Government building in Oklahoma.

Worst of all, these pseudo-conservatives are declaring war on one of America’s greatest strengths - American multiculturalism. These are the sort of people who would love to lock up anyone with a faintly Arab or Middle Eastern sounding surname. They would go to war against the entire Middle East, and all in the name of Jesus. And if by some wierd chance Jesus returned while they were in power, they would probably arrest him and put him on trial for terrorism after keeping him at Guantanamo Bay for a few decades.

OK enough from me. Back to the drawing board. Seeya.

UPDATE 30/07/10: Here are some endorsements from miscellaneous fruitloops that once appeared on the right hand margin of this blog. 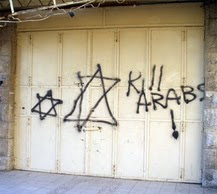 Irfan is not only a liar ... coward and intellectual fraud ... I would have thought the right-hand sidebar of his blog would be an excellent place for another quote from his growing list of 'admirers'.

(Danny-boy, thanks for the suggestion! And keep those nasty letters to the editor going. Would you like me to reproduce some here?) 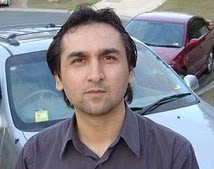 ... novice writer Irfan Yusuf ... after forcing myself to read [his] book I found it irreverent, blasphemous ...

(Review by Mr Seyit of Once Were Radicals in Issue 3 of The Aussie Mossie newsletter published on an irregular basis, usually to coincide with Mr Seyit's latest government funding application.)
Posted by Irf at 3:36 pm

...which will hopefully be updated with greater regularity!

OK, here we go again with another instalment of what must be the laziest right-wing blogspot in earth. Yes, I have been truly and pathetically useless with this page, and I deserve to be banished forever from the ranks of the right.

In case any of you are not from Australia and do not understand how one can be liberal and rightwing at the same time, let me explain. In Australia, we have two conservative parties – the Liberal Party and the National Party. The latter claims a near-monopoly on the conservative vote in rural and regional Australia and is the voice of the bush. The Liberal Party is meant to be a broad church consisting of liberals (in the small ‘l’ US and EU sense) and urban conservatives. These two parties formed a coalition years ago, before I was born.

Confused? Well think about this. Conservatism is a political ideology which seeks gradual change in society. It is not against change and reform, but seeks such change in a gradual evolutionary way. That is, we do not compromise our core beliefs.

In a secular context, core beliefs are expressed as broadly and inclusively as possible. A secular conservative democracy cannot have, as part of its core beliefs, that evolution must not be taught in high schools or that abortion must be banned. Similarly, it cannot demand that certain religious groups confirm to cultural or dress norms.

In a secular conservative democracy, if a woman chooses to wear a mini-skirt then that is her right. If she chooses to wear a headscarf (because she is a nun or an Orthodox Jew or a Muslim), that is also her choice.

Makes sense? Of course it does. So why is it that more and more conservative activists in Australia, the United States and elsewhere are calling for cultural and faith communities to ‘confirm’ and ‘assimilate’?