HATEWATCH: A great moment from Tim Blair's blog - Palestinians deserve to be murdered ... 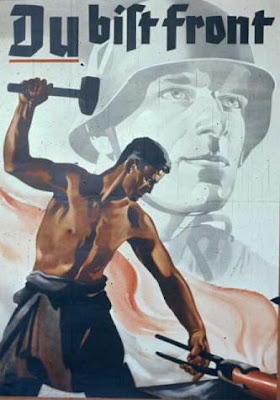 You can always rely on Tim Blair's cyber-friends to come up with poor taste, murderous, racist and/or bigoted nonsense. In announcing the arrest of a 39 year old in relation to alleged acts of arson leading to at least one of the Victorian bushfires, Blair and his colleagues at the Daily Telegraph allowed this comment to be posted:

The comment relates to a mob which assembled outside the police station where the man was being apprehended. Charming stuff.


UPDATE I: A further comment promotes the "forest jihad" thesis that senior Tele columnist Piers Akerman was suggesting earlier in the week ...