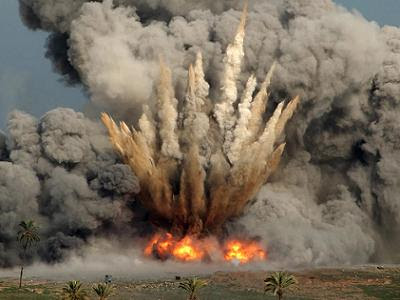 It's easy to tell that the Opinion Editor of a foreign-owned newspaper calling itself The Australian isn't too fond of Palestinian national sentiment. She's also rather dismissive of that overwhelming majority of Palestinians who feel Israel's creation hasn't exactly been a boon for Palestinian nationhood.

THE Palestinian diaspora in Australia is facing an unexpected catastrophe. Normally, May 15, Israel's Independence Day, is the most important day of their year for celebrating their victimhood: the catastrophe, as they see it, of the founding of Israel.

And what will Palestinians be upset with a certain Israeli Arab journalist about?

I agree with him. I also agree that I'd rather be an Australian citizen than have dual Australian-Israeli citizenship. I don't want my passport and identity used to commit assassinations and other acts of terror.

So who are the entirety of the Palestinian diaspora that despises Abu Toameh? Ms Weisser cites one Ali Kazak. Yep. One bloke.

Ms Weisser ends her report with these words:

Whatever transpires, Abu Toameh, unlike his critics in the diaspora, will be there to report what is happening to the Palestinian people.

Though one somehow doubts his work will appear anywhere on the Opinion Page of The Australian, especially if critical of Israel.