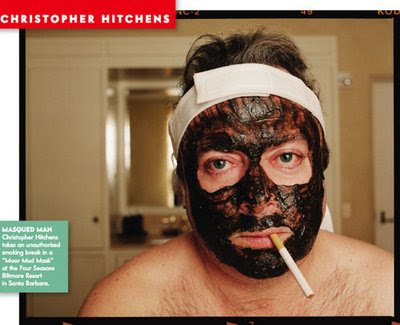 Hitchens covers his face in the oil of newly-liberated Iraq ...


The other day, a certain ABC Board Member shared with us her sympathy for those lefties who dared engage in ideological apostasy.

WHY the shock when a smart guy decides to think about issues and changes his politics? It is not just in Islam where apostasy is a capital offence ...

Just one question: why does an artist - whether a playwright, a painter or a writer - have to subscribe to left-wing views to make good art?

If your daily occupation is to emote as effusively as possible and your aim is making your audience feel some emotion or another, then rational analysis is simply not your strong point. Hence any collection of Australian artistes - think Cate Blanchett, Toni Collette, Judy Davis or David Williamson - resembles nothing so much as an old-time Fabian Society love-in.

OK, I agree she may havee a point. Heck, who wants to be permanently wedged into some “old-time Fabian Society love-in”?

It’s just that PJ would sound so much more convincing if she also acknowledged her own sides excesses in this regard. Or are we expected to believe that those living on or near Ms Albrechtsen's ideological planet would never be so mean to their apostates? Are Robert Manne and Malcolm Fraser just figments of our imagination?

One ex-lefty that PJ and friends love to love is Christopher Hitchens. In the Opinion page of that American-owned newspaper known as The Australian, Hitchens reminds us of just why the Iraq war remains such a good idea.

But I would nonetheless maintain that this incompetence doesn't condemn the enterprise wholesale.

A much-wanted war criminal was put on public trial.

The Kurdish and Shi'ite majority was rescued from the ever-present threat of a renewed genocide.

The largest wetlands in the region, habitat of the historic Marsh Arabs, have been largely recuperated.

Huge fresh oilfields have been found, including in formerly oil-free Sunni provinces, and some important initial investment in them made. Elections have been held, and the outline of a federal system has been proposed as the only alternative to a) a sectarian despotism and b) a sectarian partition and fragmentation. Not unimportantly, a battlefield defeat has been inflicted on al-Qa'ida and its surrogates, who (not without some Baathist collaboration) had hoped to constitute the successor regime in a failed state and an imploded society.

Further afield, a perfectly defensible case can be made that the Syrian Baathists would not have evacuated Lebanon, nor would the Gaddafi gang have turned over Libya's (much larger than anticipated) stock of WMD, if not for the ripple effect of the removal of the region's keystone dictatorship. None of these positive developments took place without a good deal of bungling and cruelty, and unintended consequences of their own.

Allow me to summarise Hitchens' thesis: Yes, we put Saddam in power. Yes, we supported his invasion of Iran . Yes, yes, yes … BUT. Well, um, er … well it’s better we’re there in post-Saddam Iraq fighting those jihadis than say … um … well at least we had a mass debate about the invasion and then invaded.

Hitchens' analysis of the Iraq war is little more than an exercise in trivialising the central and centralising the trivial. On the one hand, he says that it was important to make war on a nasty Arab socialist despot even if we put him there in the first place. On the other hand, our overthrowing Saddam has suddenly made other Arab socialist despots like Colonel Gaddafy-Duck so much easier to deal with.

And yes, it’s true that Saddam was put on trial. But then, he was conveniently executed before all the evidence concerning his atrocities against the Kurds and other minorities, not to mention against Iran (and indeed the extent of US involvement in this), could be brought before the court.

What would Hitchens want us to believe next? That the architect of the Iraq debacle, Paul Wolfowitz, is really just a bleeding heart?

If this is the best that ex-lefty apostates can come up with, I say we shuttle them all off to Janet's Planet where they can have their own love-in. No doubt the men-folk there will all be hanging to the hard right.

Believe it or not, my ancestors were Mongols. In fact, they were a fairly nasty crowd who conquered central Asia but couldn't quite conquer India until they inter-married with Turks and Persians. By that time, they had become bastardised into another race known as "Mughals".

Anyway, we Mughals have law in the blood. My grand father was a criminal barrister in Delhi. But I now learn a movie is being made about one of my earlier ancestors and his exploits in and out of the courtroom.

Check him out below. 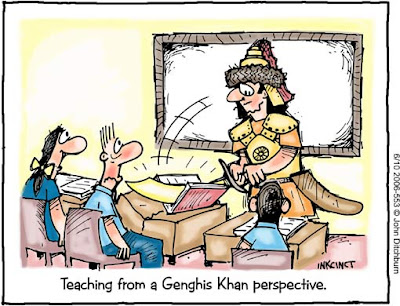 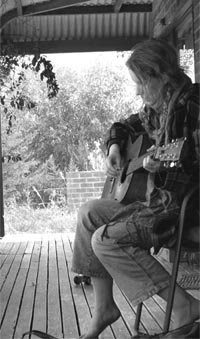 OK, I admit it. I'm a huge fan of that awesome singer and song writer Kate Ceberano. But there's another Kate who is not as well-known but who certainly deserves a mention.

For a short time only, you can click here to listen to and download a wonderful acoustic track from Kate Grealy.

Interestingly, much of Kate's music is inspired by her travels through the Balochistan province of Pakistan. You can read more about her experiences at her blog which can be found here.

Kate is a local of that gorgeous border town Albury, and has been writing songs since she was 16.