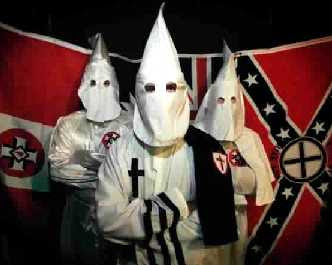 Those charming people that surround the Opinion Editor of the Daily Telegraph continue to trot out lunar-Right and genocidal madness. Here are some highlights.

I’ve had enough of the ABC’s pro terrorist bias. Everytime they run something pro Islamic nut case from now on I am going to donate $10.00 to the Israeli Defence Force in the hope that they spend the cash on something horrible to post to Gaza. I realise I will be broke in about a month but I figure with the GFC who cares.
Andrew of Melbourne
Thu 22 Jan 09 (10:13pm)

Something horrible to post to Gaza? How many dead bodies does Andrew wish to generate? Meanwhile, it's great to see jupes has been successfully dupred by what he describes as Blair's Law ...

jupes replied to Rod Blaine
Thu 22 Jan 09 (01:55pm)
This rally was absolute proof of Blair’s Law. Commies, Nazis, Muslims and Greens all rallying against the Jews.

And let no one accuse Tim's buddies of sectarian bigotry, or indeed the Daily Telegraph of failing to abide by its own publication guidelines:

What do Australia and Australians matter when it comes to establishing the Great Global Caliphate? Having successfully destroyed their own countries and arrived in this one, in many cases under false pretenses, most of those demonstrating - and their sycophantic, self-loathing supporters of local origin - consider both flower beds and infidels grist for the mill of the Islamic cause ...
ann j of Sydney (Reply)
Thu 22 Jan 09 (07:51am)

Yep, the best way to fight stereotyping of Jews is to stereotype others. And I wonder what the in-house lawyers at Nationwide News would make of this clear breach of the Racial Discrimination Act ...

I love seeing suburban middle-class white women wandering around in keffiyehs as a sign of their solidarity with one of the most misogynistic, homophobic, human rights-disregarding cultures on Earth.

This is racism pure an simple. Despite having employed not one but two persons to carry out moderating of comments, the Tele has allowed racist remarks about Australians of Palestinian origin and heritage to be moderated and posted in its blog. Indeed, a few paragraphs below this racist comment appearing, the moderator kn own as "Tran" deleted a comment and stated:

Bill, you’re doing it again. You want to use this place as a personal forum. It isn’t. Start your own site - Tran

And how about this moderated beauty ...

It’s time Australia had a serious look at Islamic immigration. We need time out to stake stock of the value this demographic brings to out society ... Even Blind Freddy can see where their loyalties lie. Australia needs loyal citizens, not terrorist supporting bigots.
jupes of west coast (Reply)
Thu 22 Jan 09 (11:56am)

COMMENT: Marital rape and misunderstanding the nature of sexual assault ... 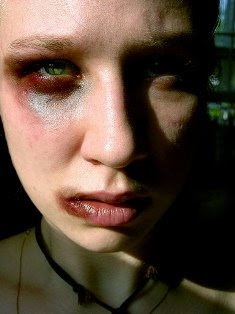 It's been a while since I last read the literature on criminal laws governing sexual assault. In Australia, each state and territory has its own statutory provisions dealing with sexual assault. The last time I studied the NSW provisions was back in 2004 when I briefly acted for a person charged with sexual assault of a minor. Prior to that, I studied the historical development of the NSW legislation in great length during while completing an undergraduate course entitled Personal Injury in 1990.

There is a huge amount of misunderstanding in the broader community (including among law enforcement officials and the judiciary) about the nature and effects of sexual assault (also known as rape). Clearly the Melbourne speaker Abu Hamza also has little understanding of the nature of sexual assault, especially within marriage. What especially frightened me as I watched the video excerpts on the News Limited websites was the large number of young boys and men listening carefully to what Abu Hamza had to say.

One of the best papers I havefound addressing this subject is authored by Dr Patricia Easteal entitled Without Consent: Confronting Adult Sexual Violence. The paper can be downloaded here.

One of the only means available to reduce sexual assault and to enhance the probability that its victims will report it to authorities is through knocking down the false images of rape that act to perpetuate it in society ... rape prevention lies in changing societal attitudes about rape and about men and women. Rape is not limited to male perpetrators and female victims; however, it is overwhelmingly a crime against women ...

Rape is not a sexual act. Rape is an act of violence which uses sex as a weapon. Rape is motivated by aggression and by the desire to exert power and humiliate. Just as wife-battering had to be taken out of the privacy of the home and criminalised in order to effectuate any change, rape must be taken out of the sexual realm and placed where it rightfully belongs in the domain of violence against women.

... Sexual assaults are not usually done spontaneously or impulsively; studies have shown that in most instances, rape is premeditated and often involves a pre-rape time period of interaction with the victim ...

The nature of rape makes it an extremely problematic crime to measure. Due both to the ambiguity about what it is and to the societal and criminal justice response, which at best could be labelled ambivalent, sexual assault is grossly under-reported by its victims. There is reason to suspect, from international crime surveys, that Australia has a particularly high incidence of sexual assault, certainly higher than the United Kingdom although probably second to the USA.

... rape by a stranger is more likely to be reported than assault by a partner, date or acquaintance ...

An abundance of research both overseas and in Australia has established that the majority of sexual assaults are perpetrated by acquaintances, dates or marital partners ...

Marital rape has been found to be a component in a high number of marriages that
involve physical battering ... [an estimated] 10 to 14 per cent of all married women have been or will be raped by their spouse. Although marital rape involves more violence and physical injuries than acquaintance rape, the lower rate of reporting can be attributed to both the isolation of the battered woman and to the ongoing societal assumption that husbands are immune from sexual assault charges.

Almost 15% of all married women will experience sexual assault by their husbands. These are extraordinary figures. Marital is under-reported and hence its victims suffer in silence. Indeed, as the South African Muslim theologian Farid Esack says, female victims of rape are double victims. They are victims of the act itself and are then victims of a kind of enforced or pressured silence based on false notions of shame.

Abu Hamza and other Islamic religious teachers should read the following paragraph from Dr Eastel's paper:

A woman is no longer supposed to abdicate her sexual rights in marriage; a wife's consent is no longer to be implied. However, the reality is that few rapes by cohabiting spouse/rapists are either reported or tried. Even estrangement has proven problematic. In practice, extreme violence appears to be a necessary component in the marital rape for it to be deemed as a criminal act. Certainly the change in legislation has not resulted in a flow of marital rape cases through the courts ... [I]n September 1991, a man in Tasmania was sentenced for the rape of his wife. This was the first marital rape trial in that state, although immunity was abolished in 1987. The couple were estranged. Similar paucity of such cases was found in South Australia six years after that state's reform ...

Given the extreme difficulty in securing convictions for marital rape, and given the high proportion of rapes carried out by spouses, the last thing religious leaders should do is make some imbecilic ambit claim that their followers are somehow exempt from the clear provisions of the criminal law. Further, if religious leaders are really interested in women's welfare, they should understand the severe physical and psychological consequences of rape upon its victims.