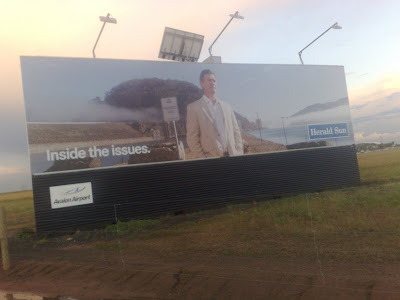 The January 2011 edition of the notoriously left-wing magazine IPA Review includes a lengthy profile piece on Andrew Bolt by one Tony Barry. It features a revealing poem Bolt wrote and had published at age 13. Barry notes:

It certainly isn't Les Murray, but it is a fascinating insight into the young Bolt's mindset ... it is unmistakenly written as an outsider railing against racism and the mob mentality.

The jeering, gloating ring of youths
Closed in around a solitary boy,
Teasing and taunting him
Because he was black

The boy staggered from a blow,
The yells grew louder,
Humiliating and bewildering the boy

The colour of his skin was a cause
For ridicule

I wanted to help him
But fear sealed my mouth,
Held me back.

And soon I was yelling with the rest.


By the way, in case you were wondering why I described the IPA Review as a notoriously leftwing magazine, it is because Tony Barry describes The Age as ...


And when I look at the IPA's website, I notice all these crazy leftwingers like Chris Berg and Julie Novak writing for both The Age and IPA Review. What a bunch of Commies!