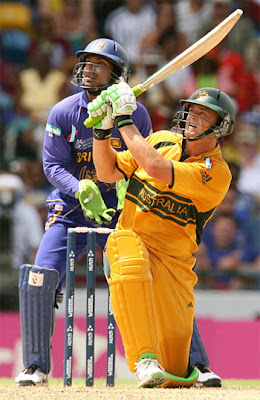 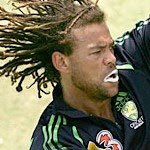 Al-Qaeda's latest recruits showing off their camouflage and weapons ...

Attempts to whip up hysteria over Islamic issues

It's good to see The Chaser boys let off the hook. Their silly APEC Summit prank illustrated just how ineffective expensive security-related hysteria can be. Despite costly and thorough security precautions, Chas Licciardello (dressed up as Osama bin Laden sitting in a limousine sporting the Canadian flag guarded by a few blokes sporting badges printed with insecurity) came within metres of President Bush's hotel.

One newspaper that has turned security-related hysteria into an art form is The Australian. In recent times, reporters Richard Kerbaj and Natalie O'Brien from The Australian have made use of the Anna Coren-style segue to link all kinds of people to international terrorist organisations. The result has been material which will generate a few laughs down at the Canberra Islamic Centre, even if it makes non-Muslim readers feel like reaching for their National Security Hotline fridge magnets.

Whilst this is an improvement on his "catmeat" remarks, I couldn't find anywhere in O'Brien's article where Hilaly actually spoke of Christians being told to wear veils. The only vaguely suggestive comment from Hilaly O'Brien could quote was him saying the Virgin Mary is often depicted with a veil covering her head.

This is a scurrilous suggestion! I trust O'Brien and her editor will insist the Pope refutes all suggestions of Mary being depicted with a covered head during his World Youth Day address.

The Australian also reports that Griffith University in Queensland is in the process of becoming a Saudi-style madrassa, where female students will be forced to wear veils over their heads and faces and where the grand international al-Qaeda jihad will be launched to transform Australia into a sharia state.

OK, that's a slight exaggeration. The actual story is that Griffith University accepted an injection of $100,000 from the Saudi embassy for its Griffith Islamic Research Unit, a postgraduate research facility.

In January 2007, a consortium consisting of GIRU, Melbourne University and the University of Western Sydney won approval from the Commonwealth to form the National Centre for Excellence in Islamic Studies. The Australian Government's initial investment into the NCEIS (which presumably will also benefit Griffith University) is $8 million.

So will Griffith accepting 1.25 per cent of this amount from the Saudi embassy mean the university will be pressured to adopt the rather unsavoury theological line of an unsavoury regime with a human rights record that makes it fit to host the next Olympics?

Of course, Griffith isn't the only university to be the subject of media controversy over accepting cash from foreign governments. As Griffith Vice-Chancellor Professor Ian O'Connor points out, the Saudi Government has entered into similar arrangements with Oxford, Harvard and Georgetown Universities, the latter being a private Catholic university.

O'Connor's arguments, made in an op-ed published in The Australian, have been attacked by that newspaper for being partially plagiarised from Wikipedia. Interestingly, the same newspaper had no hesitation in defending one of its own columnists who in 2002 not only plagiarised but also distorted the writings of European academics to suit her race-based agenda. I guess what's good for the gander isn't good for the goose.

So should Griffith Uni have taken the money? I'm no fan of the Saudi Government or of its official creed. But I wonder whether the Saudis have gotten value for money.

None of the research topics of PhD candidates of the centre display any strong inkling of Wahhabism. One candidate is studying the prevalence of domestic violence in Muslim communities. Malaysia's de facto opposition leader, Anwar Ibrahim, is researching Asian Renaissance, hardly a topic of interest to Saudi religious police enforcing the country's strict veiling laws.

Then again, I could be accused of bias. After all, Griffith Uni did pay for my airfare and accommodation to attend and speak at their recent conference. Naturally someone like me, who has used just about every public forum in Australia and New Zealand I could get my hands on to lambast Saudi-style Wahhabism, is clearly someone the Saudi ambassador would be delighted to share a conference program with.

Back to The Chaser crew. It's always a joy to see them poke fun at Channel 7 Today Tonight host Anna Coren manufacturing segues out of two unrelated topics. Richard Kerbaj, a reporter for The Australian, has also put segues to good use.

Griffith's centre is headed by Dr Mohamad Abdalla. Kerbaj claims Abdalla is a leader of an allegedly shadowy group called the Tablighi Jamaat, an international Sufi reform movement with tens of millions of followers worldwide. Kerbaj tells us that the TJ are linked to al-Qaeda and the London bombings. How so?

Because al-Qaeda shoe-bomber Richard Reid and at least two of the London bombers attended TJ gatherings. I doubt even Anna Coren could come up with such an outrageous segue.

Twenty-20 cricket fans will be pleased to note that champion batsman Shahid Afridi, who plays for the Deccan Chargers in the Indian Premier League, is also a TJ member. 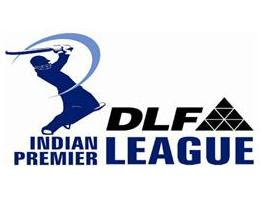 Irfan Yusuf is a Sydney lawyer and writer. This article was first published in The Canberra Times on 1 May 2008. May Day, May Day!!
Posted by Irf at 1:08 pm No comments: