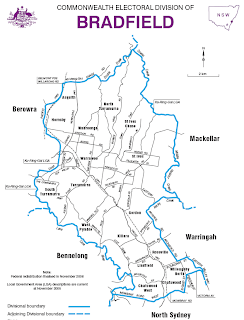 Before my membership lapsed in 2002, it was a place where homophobes gathered and made jokes about all those “faggots” who formed a “Pink Triangle” cabal in the small ‘l’ faction known as the Group (or as we referred to them, the “Left”).

In fact, we had a theory about the powers-that-be in the NSW Young Libs, which was then controlled by the Left. We assumed that each alternate year, a homosexual male was made Young Liberal President, either as a kind of “affirmative action” or as an indication that the Pink Triangle had the entire Left faction by the balls (so to speak).

I remember our monthly NSW Young Liberal Council meetings used to be held at the Cricketer’s Club in the CBD. However, we were kicked out by the club after a right-winger punched a Group guy he assumed was homosexual simply because he wore a skivvy.

One factional heavy from the Senior Right (now a conservative NSW Upper House MP) even said to me that I should try and recruit lots of conservative Muslims to the party on the basis of his assumption that “they hate Jews and homosexuals as much as we do”. And when that upstart former head of the Australian Medical Association suddenly nominated for the Bradfield preselection I attended in May 1995, we all wondered about his sexuality simply because he wore an ear stud.

But at this Saturday’s Bradfield preselection at the Hornsby RSL, one of the front runners will a conservative who also happens to be openly gay. And I doubt he’ll be wearing a skivvy. Former Brendan Nelson staffer Simon Berger has the backing of former Howard staffer Arthur Sinodinos and South Australian conservative heavy Nick Minchin. Even Brendan Nelson sang Berger’s praises in the local rag before the 34-year-old had even nominated.

In keeping with the gay conservative theme, former tennis star John Alexander has received a reference from Alan Jones, as has former opinion editor of The Australian Tom Switzer. Also providing references to Switzer are Janet Albrechtsen. It’s only fitting given the enormous support Switzer gave her after she was caught out in some rather un-journalistic activity. Switzer doesn’t seem to have received much support from his old boss Dr Nelson, for whom Switzer worked as an adviser toward the end of Nelson’s leadership of the Federal Opposition. I wonder why.