Two weeks ago, Australia 's Prime Minister John Howard entered the fray of domestic US politics. Howard lambasted US Democratic Party Presidential nominee Barack Obama. Earlier, Obama had pledged to withdraw troops from Iraq by March 2008. In response, Howard claimed Obama, would be giving Osama something to celebrate about.

If I was running al-Qaida in Iraq , I would put a circle around March 2008, and pray, as many times as possible, for a victory not only for Obama, but also for the Democrats. 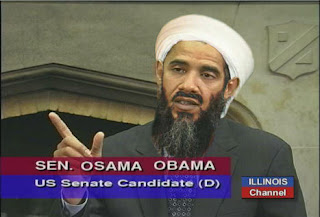 It was as if Mr Howard was suggesting that there really was only one letter's difference between Obama and Osama. As for leading al-Qaida, Howard's critics would argue that this may not be such a bad idea for world peace if his management of US-Australia relations under the ANZUS Treaty is anything to go by.

Australia 's Labor opposition leader Kevin Rudd has suggested that going to war against Iraq was the single biggest failure of Australian foreign policy since the Vietnam war. He wants Mr Howard to set a timetable for withdrawal in the same manner as British MP Tony Blair.

Britain pulling troops out of Iraq? The United States' biggest partner in the Iraq debacle cutting and running? Isn't this the sort of stuff that pleases Osama bin Ladin. Strangely, Mr Howard has been comparatively less critical of Mr Blair.

John Howard likes to think he's a big fish in the US pond. The reality is that the most influential Australian in Washington gave up his Australian citizenship years ago. Rupert Murdoch has far more influence on US foreign policy than the man George W Bush once mistakenly described as "John Major".

Yet Howard's approach to relations with the United States has achieved little for ordinary Australians when it really mattered. For years, Mr Howard was happy to sit on his hands and look the other way when the family and supporters of Australian Guantanamo Bay detainee David Hicks were knocking on his door. As far as Howard was concerned, Hicks was as guilty as sin. Why? Because the Americans said so. 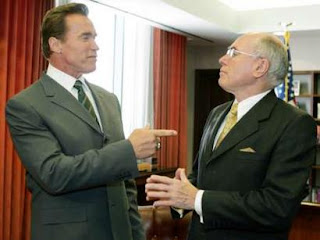 Howard's friends in the tabloid press were happy to join him, using up column space to malign Hicks even before a single charge had been laid against him. Some columnists were even prepared to use sectarian cheap shots, always referring to Hicks as "Mohammad Dawood", a name he allegedly adopted before adopting Islam.

Former inmates at the Guantanamo Bay facility who met Hicks state that he no longer regards himself as a Muslim. In his 2006 book Enemy Combatant: A British Muslim's Journey to Guantanamo And Back, former British detainee Moazzam Begg notes that during the fasting month of Ramadan, Hicks openly ate in front of other inmates who were fasting.

Begg also gave details of the appalling conditions in which detainees were kept at the facility. He writes about their being caged up like animals in tiny cells, with bright lights on 24 hours a day, with little or no natural sunlight and frequent interrogations. Begg also mentions the intimidation and torture of detainees, confirming reports of other released detainees such as Australian Mamdouh Habib.

Now that influential and powerful forces have gathered behind Hicks and a federal election is coming up, Mr Howard has suddenly converted to the Hicks cause. But after spending years aligning Australia unquestionably to US foreign policy, one wonders how seriously Cheney will take Mr Howard when he finally makes a request.

Earlier in the week thousands of Sydney-siders turned out to welcome the Queen Mary and Queen Elizabeth luxury cruise liners. I doubt they'll be turning up to wave to Dick Cheney when he visits Sydney this week.

(Crude Aussies like me would say Sydney-siders seem more interested in a pair of huge English queens than America 's Vice Presidential Dick.)

It's unlikely Mr Howard will have much to differ with Cheney about. No doubt they'll be gloating about the success of the Iraq war. And what a huge success it has been. Those blasted weapons of mass destruction have been found and destroyed. Peace and freedom have been restored. All the terrorists are dead or locked up in Guantanamo in the same cell as the young Aussie David Hicks. As Australia 's Foreign Minister declared triumphantly some years back, the war in Iraq has been won.

Naturally there are still a few small steps before full victory is secured. Remember that bombing in London on 7 July 2005? I think around 50 people died in that single incident. According to one American report cited by Virginia Haussegger in the Melbourne Age on Saturday, ten times that number of people who die in Iraq .

And when they aren't boasting about Iraq, Mr Howard will make sure the cameras are present as he tells Cheney how upset Aussies are over Hicks. Yeah, right. As if Cheney will care. Hicks would probably be better served having Howard requesting not-so-straight-shooting Cheney to be the sole member of any proposed Guantanamo firing squad.

An edited version of this piece was first published in the Wellington Dominion-Post on Monday 26 February 2007.

Liberty and xenophobia don't make comfortable bedfellows. In a community consumed by grossly irrational hatred - including racism and sectarianism - economic and political freedom will never flourish.

This simple fact was taken for granted 140 years ago by American anti-slavery activist Wendell Phillips, who spoke the famous words that are now part of political folklore of Western liberal democracies:

Eternal vigilance is the price of liberty.

Even after the abolition of slavery in the United States and much of Western Europe, paranoid xenophobia has reared its ugly head at times.

By 1945, Hitler's regime had massacred millions on the basis of ethnic and religious identity.

Today, irrational hatred is again endangering our fragile liberal democracies. The paranoid rants of Osama bin Laden and his ilk against the Crusader West and against Jews and Hindus, have led to horrific atrocities such as Americans saw on September 11 and that Iraqis see every day.

Since September 11, Wendell Phillips' historic sentiments are fast being abandoned by some so-called conservative Americans who pride themselves as being guardians of liberty. Instead of distancing themselves from the sectarian paranoia of al Qaeda, they mimic the hatred and direct it towards anyone they consider to be associated with Islamist terrorists. Two examples in US politics illustrate the growing environment of American xenophobia. At the last congressional elections, the voters of Minnesota sent America's first Muslim to Washington. Criminal defence lawyer Keith Ellison easily beat his Republican opponent, academic Alan Fine.

Minnesota is a Democratic Party stronghold and Fine had little chance of winning. This didn't stop Fine from playing the religion card. Before polling day, he said:

Ironically, Fine was condemned by his own brother, who defended Ellison. Things didn't end there for Ellison, who made public his wish to place his hand on the Koran at a swearing-in ceremony. A neo-conservative talkback host from Philadelphia posed this offensive question to Ellison on CNN:

Sir, prove to me that you are not working with our enemies.

Writing on the conservative commentary website Townhall.com, Dick Prager lamented that Ellison would not take his oath of office on the Bible, but on the bible of Islam, the Koran. According to Prager, this act undermines American civilisation. 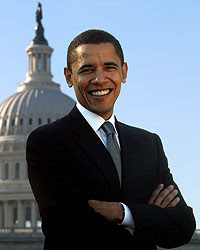 Ellison did swear on the Koran , his critics silenced when it was revealed that Ellison borrowed from the Library of Congress the Koran that belonged to Thomas Jefferson, third President of the United States.

Another example concerns Barack Obama, the Democratic Party senator from Chicago who hopes to be the first African-American to occupy the White House. If his allegedly conservative opponents have their way, Obama's mother's matrimonial choices may be used against him. Obama regards himself as a Christian. He shares his Christian name with millions of Muslims.

His father was a Kenyan of Muslim heritage and nominally of the Muslim religion.

Obama's middle name is Hussein, but he rarely uses that name in public. This doesn't stop the journalistic imbeciles at Fox News from repeating the views of far-right magazines claiming that Obama is, in effect, a Muslim posing as a Christian.

The tabloid TV network cited a story from Insight Magazine claiming that for four years Obama was educated at a madrassah terrorist training school in Indonesia, funded by Saudi Arabia and preaching Islamic fundamentalist Wahabi doctrine. 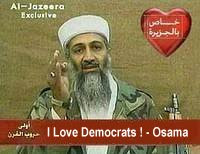 Anyone familiar with Indonesian Islam knows that most Indonesian Muslim religious schools (known as pesantran, not madrassah) are managed by small communities under the auspices of large religious foundations such as Nahdhatul Ulama, who are very hostile to Wahabi doctrine. Few receive funds from the Indonesian Government, let alone the Saudis.

Later, CNN and Associated Press did some digging and discovered that Obama never attended a pesantran. He attended a state-run school in Jakarta, where most students were Muslim - as you would expect in the world's largest Muslim-majority state.

A President with an understanding of Islam and the developing world would be welcomed by those who too often feel misunderstood and slighted by the United States.

Thankfully, the xenophobia of Muslim-haters can only have so much influence in the Land of the Free. However, the fact that sectarian and racist rhetoric continue to be effective political tools is cause for continuing concern. Effective vigilance must remain eternal if liberty is to be protected.
First published in the New Zealand Herald on 28 February 2007.