CRIKEY: McKew Victory thanks to more than one type of Asian voter ...

Earlier this week, I was in Adelaide for an academic conference. The subject was the "border politics of whiteness". Not exactly the cup-of-tea for a small-"c" conservative like myself. One of the keynote speakers was Dr Sara Ahmed, a British academic of Pakistani descent who was brought up in Australia. She provided a rather novel re-interpretation (I’d suggest misinterpretation) of the movie Bend It Like Beckham, which she examined in the context of how white people deal with Asians.

Believe it or not, in the United Kingdom, when people use the term "Asians", they are referring to people from the sub-Continent – Pakistanis, Indians, Bangladeshis, Sri Lankans, Nepalese etc. In Australia, we use the term "Asian" to describe someone of Indo-Chinese heritage. When John Howard made his 1988 remarks about Asian immigration, it was assumed his target was Indo-Chinese migrants, many of them refugees.

Recent reports of Maxine McKew targeting "Asian" voters (a claim she has denied) suggest many Indo-Chinese migrants wanted to teach Mr Howard a democratic lesson on why the politics of race simply doesn’t work in the long run. But it wasn’t just Indo-Chinese voters responding to McKew’s overtures.

The gossip I heard around the traps is that many of my South Asian uncles and aunties also collectively decided to punish Howard. For many, it wasn’t just about 1988. It was also about the anti-Muslim sentiments of Howard and his ministerial minstrels (including Dr Nelson). Believe it or not, when Muslims are vilified by politicians, the victims of verbal and physical attacks are not just women in headscarves but also men in beards and turbans (like the Prime Minister in this photo standing on the left).

Most of these men aren’t even Muslims. Further, the treatment of Dr Mohamed Haneef by the Immigration Minister also went down like a lead balloon among shoppers at any one of Bennelong’s many Indian spice shops. Middle class Indians aren’t exactly huge ALP fans. But they certainly aren’t fond of alleged conservatives who play the politics of race. And they certainly added plenty of chilli and spice to the vote in the former PM’s electorate.

Then again, race politics hasn’t harmed Pauline Hanson, who profited handsomely despite gaining just over the 4% required to cash in on the taxpayers' largesse.

First published in the Crikey daily alert on Friday 14 December 2007.

CRIKEY: What does a free Kosovo mean to America? 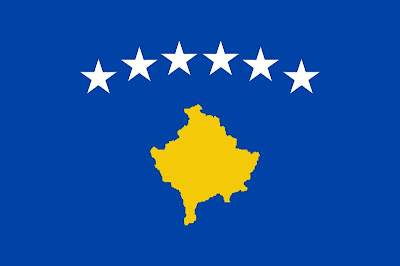 The fireworks are going off across Kosovo as the people of this ethnic Albanian nation celebrate their independence from Serbia. Europe’s newest nation has a population that is 92% Albanian. The vast majority are of nominally Muslim faith.
Should the US be scared of this development?

Some allegedly conservative commentators in Australia regarded David Hicks’ Kosovo expedition as the beginning of his radicalisation. But the fight for Kosovo's independence was certainly no holy war against the West. It shouldn’t surprise anyone to see young Kosovars celebrating by flying both Albanian and American flags.

The BBC quoted one elderly Kosovar Albanian declaring: "Thank you USA, thank you. I am free of Serbia, my grandchildren are free of Serbia."

He had a large American flag draped across his shoulders. I first discovered this pro-US phenomenon at a 9/11 anniversary conference organised by a Sydney Turkish Muslim group on Sunday 11 September, 2005. Almost all speakers (including media identity Keysar Trad) castigated the United States for its hypocrisy in the Middle East, as if to suggest that 9/11 represented the US reaping what it had sown.

One speaker, however, stood out from the panel. This Bosnian imam, a graduate of one of Europe’s oldest Islamic seminaries, complained that far too many young Muslims, especially from the Middle East, were infected by the rhetoric of anti-American elements and those he described as "the blind followers of Noam Chomsky". He then reminded the audience that the United States had saved Bosnia and Kosovo from near-oblivion. He also reminded them of the crimes of communism against his people.

The imam’s speech drew only muted applause from many peace activists and young Muslims of Arab background. Arguably, the Yanks didn’t do much for the Bosnians when they were being slaughtered during the mid-1990’s. But the Americans did turn a blind eye when the desperate Bosnians were channelling weapons in from Iran and other controversial yet sympathetic countries.

In the case of Kosovo, American Albanians sent truckloads of cash into Kosovo, as well as lobbying the United States to act and stop another Balkan attempted genocide. The Americans pounded Serbia’s capital with air strikes in 1999. These were the air strikes they had threatened Serbia with during the Bosnian war some five years earlier. So here, in the heart of Europe, a set of young nominally Muslim countries are happy to fly the stars and stripes.