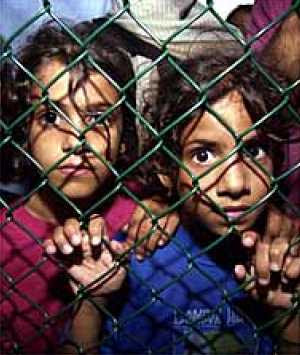 Writing for a News Limited website on April 9, federal Liberal MP Sophie Mirabella described any suggestion of Australia having 36 million people by 2050 as being

... a bit like the average family inviting three strangers as permanent house-guests to live with them forever and their only preparation is hiring a doorman to greet them.


No doubt Mirabella’s parents would have heard similar sentiments expressed by those sceptical of the immigration policies of the Menzies Liberal governments. They belonged to a generation of post-war migrants who battled suspicion, prejudice and bigotry but who put their heads down and worked hard to make life better for themselves and their children. And in doing so, they helped build a stronger nation.

In her maiden speech on 18 February 2002, Mirabella made specific mention of her parents’ “hard work and many personal sacrifices which eventually allowed them to open a business of their own while raising their three children”. A humble milk bar built on more than two decades of work in factories.

My own mother would be able to relate to the experiences of Sophie Mirabella’s mum. She spent much of her working life in a pharmaceutical factory, lifting heavy boxes and facing plenty of cruel jokes about her dress and her Indian accent.

But what really is the difference between our parents and desperate Tamils and Afghans who jump of leaky boats risking their lives? Aren’t they also making sacrifices? Won’t they also work hard for their children? Or are we to apply the rhetoric from the 2001 federal election that these people are too busy throwing their children overboard?

During my own Liberal campaign in that election, I was fortunate to meet many people who had jumped the fictitious queue. One was an Afghan from the Hazara tribe who were mercilessly persecuted by the Taliban. Before the Taliban came to power, the man was a successful pharmacist with two stores in Kabul. When I first met him, he was delivering pizzas in western Sydney seven nights a week to support his wife and children while taking English classes during the day in the hope of pursuing further study.

At the time, the Liberals were using ugly rhetoric about migrants to gain and retain power. Not much has changed. Since the Fraser years, the Liberals have had a confusing and confused relationship with immigrants, especially those not choosing to be born in Europe and/or with white skin.

So often the Libs have been more concerned with capturing what could be described as the bogan vote. This has often backfired, particularly when more fundamental issues (such as the right to make an unfair dismissal claim) have proven more important to bogan (and indeed other) voters than prejudice.

The Libs also have ended up upsetting their more traditional business constituents. And more migrants are good for business. Rupert Murdoch’s hand-picked tabloid columnists may not like immigration, but his advertisers would probably take a different view.

Tony Abbott discovered this recently when he was forced to backpedal on the anti-immigration rhetoric. His recent attempts to forge a coherent immigration policy (laid waste by his immigration spokesman Scott Morrison) involved cuts to family reunion, much of which takes the form of working immigrants bringing over elderly parents to provide free child care. Child-care centres may be happy with Abbott’s policy, but they represented only a minority view within the business community.

Migrants themselves should be a core constituency for the Liberal Party, especially migrants from Asia, Africa and the Middle East who are often more socially conservative. Increased migration from East Asia should have benefitted the Libs during the 1970s and ’80s, though John Howard’s 1988 comments about reducing Asian immigration soon put a stop to that. And senior Liberal Kevin Andrews isn’t the most popular man in African migrant circles after his 2007 call for African immigration to be cut following the murder of an African youth in Melbourne.

The ALP, of course, are far more clever when it comes to blowing the dog whistle. They prefer not to use hysterical rhetoric, instead generating racially neutral myths. The recent announcement that asylum seekers from Afghanistan and Sri Lanka were having their applications suspended is an example of this. Immigration Minister Chris Evans claimed his decision was triggered by "changing conditions".

In the case of Tamil asylum seekers, the change involved the first parliamentary election in 20 years. In the land of Labor mythology, the awesome power of a single election to change things for the better in war-torn nations is truly remarkable. I mean, just look at the peace and stability which two elections brought to Afghanistan. They’re almost beginning to resemble the marginal seat neighbourhoods populated by bogans whose votes Labor needs to gain or keep.

Previous generations of migrants, not to mention indigenous Australians often left out of these discussions, can also share anxieties about population growth in this country. We need to have a debate about sustainable population, but the fact that both parties are happy to have this debate whilst sounding hawkish about asylum-seekers and immigration in general makes me wonder whether the debate could descend into the poll-driven politics of prejudice.

■ Irfan Yusuf is a lawyer and author of Once Were Radicals: My Years As A Teenage Islamo-fascist. This article was first published in the Canberra Times on Thursday 15 April 2010.