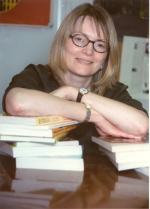 Recently I wrote about a seminar I have been invited to participate in, organised by the NSW Chapter of the Independent Scholars Association of Australia. The seminar (it has been labelled a “conversation”) will be held on Wednesday 21 June 2006 at the Dixson Room at the NSW State Library in Macquarie Street Sydney.

The title of the seminar is “Moral Responsibility: Citizenship”. The moderator will be MLC Henry Tsang, and the other panel member will be Dr Helen Irving.

I’ve been given some further information about the seminar by the organisers. They are stressing the “conversational aspect” of the evening, which will focus on discussion between members of the audience and the speakers. Dr Irving and I will speak for no more than 15 minutes, introducing our position on the subject.

For 30 minutes thereafter, the moderator will engage Dr Irving and I in a discussion aimed at encouraging dialogue between us and assisting us to develop our unique positions. The floor will then be opened for members of the audience. This should take up around 45 minutes of time, around 50% of the time allocated to the entire session.

The organisers have told me something of Dr Irving’s position on this issue. Helen is critical of the “moral” or normative use of the term ‘citizen’. She regards such an approach as turning citizenship into a term of exclusion. Such an approach actually goes against the normative goals universally attached to citizenship.

Dr Irving’s last presentation on the issue was at the Ottowa University in Canada before Christmas, where she assessed the UK proposal to strip citizens of their citizenship should they express sympathy for terrorism. 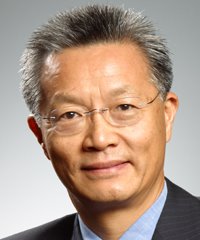 So what is my position? Well, I still haven’t quite figured out how mu position should be different to Helen’s. I guess I regard citizenship as something I have always had. I’ve always been an Australian citizen and have never held citizenship of any other country.

For me, citizenship represents satisfaction of the bear minimum requirements for being an Australian. I cannot see how the current environment of security and terrorism should change this. The fact is that whether a person is born in Australia or overseas, they deserve the same rights and have the same responsibilities.

I also think defining citizenship in cultural terms to be very problematic. Especially when such an added requirement is being enforced by representatives of a 200-year old culture who have a historical record of showing little respect to a 20,000 year old indigenous culture.

Recently I attended the budget night dinner at Parliament House in Canberra. I thought I would shock a middle-aged Liberal Party supporter by telling her that a real Aussie cultural conservative would be dressed in a loin cloth, carrying a didgeridoo and going walkabout every now and then. She was most shocked, notwithstanding her consuming at least 3 glasses of white wine.

The woman went onto tell me: “You know, if it wasn’t for us, those people wouldn’t have telephones”. She also began to lecture one of my clients (an American of Shia Muslim background) that his culture didn’t belong in Australia.

The UK proposal may be regarded as ill-conceived, but it would carry plenty of weight in the world of tabloids and shock jocks. The challenge is to convince this world that citizenship is a kind of social DNA which sticks to you once you have been granted it.

I will have to examine Andrew Robb’s recent address to the Sydney Institute on the topic before making my mind up about this issue. If Mr Robb’s speech is anything like Mr Costello’s reflection on sharia, I don’t expect to be enlightened very much.