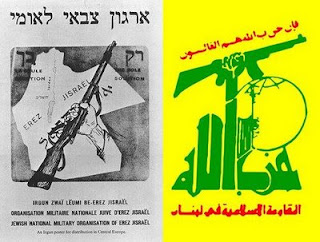 What’s the difference between a terrorist and a terrorist? And when is a terrorist deemed a genuine refugee who doesn’t pose any threat to Australia?

Victor Rajakulendran, secretary of the Australian Federation of Tamil Associations, provides some clues. He acknowledges that there are members of the Liberation Tigers of Tamil Elam aboard the Australian Customs vessel Oceanic Viking, landing in Indonesia with its cargo of 78 asylum seekers.

Rajakulendan was quoted in The Australian as saying:

But as long as you are not an Islamic terrorist, you pose absolutely no risk to the country. You may have fought for an organisation that taught Islamic terrorists just about everything they needed to know about how effective suicide terrorism is. But so long as you aren’t deemed to belong to the wrong religion, you’re fine in Dr Rajakulendran’s books.

Indeed, Rajakulendran doesn’t regard the LTTE as a terrorist organisation at all. Instead, he describes it as being “involved in a bloody armed struggle for more than two decades to liberate the Tamil-speaking people living in the north-east of the island from the oppressive Sri Lankan Singhalese-dominated governments”.

Crikey spoke to Rajakulendran this morning. He confirmed he didn’t regard the LTTE as terrorists and claimed most Tamils agreed with him. He said he didn’t believe senior LTTE leaders would be on the boat but rather youths. He also said that the LTTE were different to “Islamic terrorists” because the LTTE had established a state and showed the ability to govern in the interests of Tamils.

I put to him that some “Islamic terrorists” (e.g. Hamas, Hezbollah and Taliban) made similar claims. He said that these groups were in this respect similar to the LTTE though some had “gone too far” and “lost their way”. I asked what he proposed should happen to young Afghan asylum seekers who were found to be Taliban fighters at some stage.

It depends. If the local Afghan community can work with the government to rehabilitate these people, why not let them in?

It’s true that many former LTTE fighters may not have been terrorists. They may have been forcibly recruited or press-ganged into military service. The Taliban did the same thing in Afghanistan and continues to do it on both sides of what has become known as the “AfPak” border. Even armies carrying the legitimacy of a democratic state can force young men to fight. Sometimes these men are forced to use terror against persons they are told are terrorists. That’s the nature of war.

Anyone who can flee from this kind of madness and has the guts to jump on a boat and risk their lives crossing the ocean deserves to go through the usual refugee application processes. Whether they’re Tamil or Islamic or Callithumpian is irrelevant. But if they pose a threat to Australian citizens, they’re best not settled here. Again, whether they’re Tamil or Islamic or Callithumpian should be irrelevant.

Dr Rajakulendran admitted that his selectivity in ethnically and religiously identifying terrorists may offend some. Sadly, at a time when all asylum seekers need a fair hearing, his comments make him sound like Andrew Bolt, but without bringing Bolt’s ilk on side and perhaps providing them with additional ammunition.