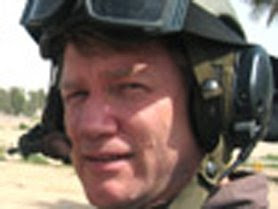 There's a fair degree of scepticism among some circles about President Obama's latest video message to the Iranian people to coincide with Nowruz, the Persian new year. Among the sceptics is Andrew Bolt.

But many readers will be sceptical of Bolt's ability to decide what is or isn't sensible discourse fit for publication on the Herald Sun website. One wonders what Herald Sun advertisers would think if they realised their precious dollars were going toward the publication of the following sentiments:

Larry replied to the Dean Sun 22 Mar 09 (01:10pm):
"Barry of Round, bombing them, back to the stone age where their politico-religious philosophy belongs, would indeed be the only thing they understand. Islam has no such thing as a peace treaty, just hudna, to be entered into when weaker than the opposition, and only lasting long enough for them to gather the strength to have another go. You don’t negotiate with that, you shoot it."

So the best way to deal with the Muslim customers of Herald Sun advertisers is a combination of shooting them and bombing them and their neighbourhoods back into the Stone Age. I'd love to see Andrew Bolt justify this kind of stuff when he appears on Q&A this Thursday night.

First published in the Crikey daily mail for Monday 23 March 2009.

UPDATE I: I have been informed that the moderators of Mr Bolt's blog have reluctantly removed these comments.