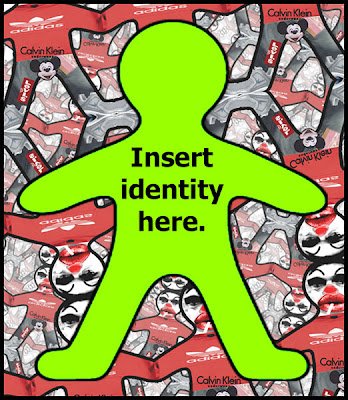 Don’t let politicians and other pundits lecture us on who we are, IRFAN YUSUF writes
Something really tragic took place in the Sydney suburb of Rouse Hill last week. Five Christians of various ages were buried. An entire Christian family - mum, dad, two children and an aunt - died in a tragic boating accident. An Anglican priest presided over the service.

A smaller number of people who died in the same accident were being buried at the Muslim section of Rookwood Cemetery in western Sydney. A huge media contingent was there. Virtually all attention was on the Muslims who died, as if the greater number of Christian dead didn't matter.

Virtually all public discussion about asylum-seekers, immigration and multiculturalism focuses on Muslims. It's as if Muslims were this singular wave of migrants who all recently arrived from the Kingdom of Muslimistan in boats. As if the demographic reality that about half of all our Muslims were born in Australia and aged under 40 are a figment of the collective imagination of employees at the Australian Bureau of Statistics.

One need only visit Mareeba in northern Queensland to understand just how entrenched Muslims are in the Australian heartland. You can find Muslims who have lived and worked and farmed in this area since the 1920s. Women from the local mosque have established a dance group consisting of Albanian, Greek, Italian and Irish-Australian backgrounds.

Even when Muslims originate from a country home to many faiths, we assume they're somehow different. I find it hilarious when I hear people say that Lebanese Muslims are different to Lebanese Christians because of their culture. How so? Do Muslims inject chilli in their baklava? Do Christians slip a bit of pork into their felafels? It's a bit like saying that meat pies made by Catholics are different to those made by Protestants.

Some years ago, I was at a function where the majority of the audience were Lebanese Sunni Muslims. Bob Carr had been invited to speak. He had a special message for the crowd.

I'm pleased to announce that the next Governor of NSW will be Professor Marie Bashir.

The roar from the crowd was instantaneous. People whistled and clapped and cheered. Some readers might wonder why Muslims would be excited about the appointment of a Christian. But they miss the point. She was a Lebanese Australian. These people are Lebanese Australians. She is a symbol of their progress.

The same crowd would cheer on a player from their favourite rugby league team regardless of what his faith was, and even if he was roughly tackling Hazem el-Masri. Cricketing fans among them would cheer a non-Muslim Australian bowler if he managed to bowl champion South African batsman
and devout Muslim Hashim Amla out for a duck.

Forget government policies. Australian multiculturalism is a deeply individual affair for those of us with at least one overseas-born parent. We all have layers of identity. At different times, different layers come to the fore. It's our right as individuals to decide how and when we express any of these layers. It isn't for governments to dictate to us how this is to happen.

What governments can and must dictate is that we act within the law. Different interest groups can shape and influence laws and government policies. In this respect, Muslims as a collective have been rather hopeless. They have little impact in the politics of this country and almost no impact on foreign policy. In political parties, their role has been all but marginal, acting largely as branch stackers than factional heavyweights.

Yet still this notion persists that they are somehow receiving special benefits. I wish I knew what these special benefits are. A local council closing off a pool for a few hours for women to swim? Surely that must beat easy access to members of cabinet and shadow cabinet that groups such as the Australian Christian Lobby enjoy to pursue agendas most Christians are uncomfortable with.

So many people who tick "Muslim" on census forms see themselves as so much more than religious actors. They're rarely seen at the mosque even for the congregational prayers on Fridays. For many, religion isn't a matter of conviction. Writing about the India he grew up in, American author Suketu Mehta remembers a place where

... being Muslim or Hindu or Catholic was merely a personal eccentricity, like a hairstyle.

That was my experience growing up in a subcontinental family in John Howard's electorate. That's how it is everywhere in Australia. Australians should be allowed to decide on their personal eccentricities and hairstyles.

When politicians and pundits start lecturing us on what our culture is, we should give them the one-finger salute. It isn't their job to tell us who we are, what layers of identity we should value more. In this respect, we should add an extra finger when this kind of monocultural nonsense is sprouted by those claiming to be Liberal.

Seriously, what kind of Liberal MP tells his or her constituents that we're a Christian country? I mean, which of Jesus' disciples preached the gospel 40,000 years ago in Arnhem Land?

My advice to pollies and commentators who persist in sowing the seeds of monocultural revolution is: save yourselves the effort and move to a country where such revolutions have been won. Say, North Korea.

Irfan Yusuf is a lawyer and author of comic memoir Once Were Radicals: My Years As A Teenage Islamo-fascist. This article was first published in the Canberra Times on Thursday 24 February 2010.