CULTURE WARS: The White Australia Policy is over, deal with it

Sadly, ignorance of non-Anglo cultures is the name of the game in both mainstream media and politics in Australia. 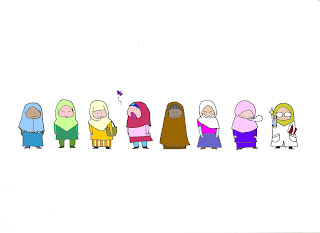 I’ve been writing commentary and pious punditry since 2005. Before then, I was a helpless consumer of news. When caught in Sydney traffic driving to work in the morning in the early 2000s, I’d tune into 2UE for the last half hour of Steve Price’s morning show. The last 10 minutes of Pricey’s show also featured John Laws.

One morning there was some controversy about ethnic profiling of criminal suspects, especially those of Middle Eastern/Lebanese backgrounds. Pricey made some comment about how it was easy to identify a Lebanese person as they looked totally different to Anglo-Australians. I couldn’t help myself; I rang the studio and was put on air.

Pricey, there are plenty of Lebanese with light brown or blond or red hair and green eyes.


Pricey dismissed my comment as codswallop, as did Laws. Then, just before the show was about to end, Pricey was handed a note from the state MP for Bankstown. Pricey was being invited to breakfast with the MP and 500 of his Lebanese constituents, all of whom had red hair and green eyes.

Ignorance of non-Anglo cultures is the name of the game in both mainstream media and politics in Australia. Until recently, allegedly respectable newspapers would regularly mistranslate jihad as “holy war” and fatwa as “death sentence”. Last night’s episode of The Drum showed Caroline Overington claiming that Lebanese people in France lived in slums on the outskirts of Paris. She might wish to confirm that with a French-Lebanese person, say writer Amin Maalouf.

On the same show, Josh Manuatu, a staffer for Eric Abetz who identified as part-Tongan, suggested we didn’t want migrants such as Lebanese who came from countries where women who wished to be educated were stoned. Really? Because the last time I checked the website of the American University of Beirut, which this year celebrates its 150th anniversary, I noticed pictures of female students, some wearing headscarves and some not. 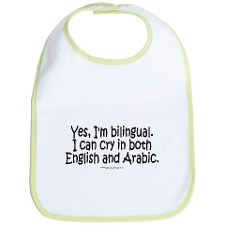 It was truly sad to see Abetz’s staffer make ignorant aspersions about Lebanese migrants gravitating to bikie gangs and terror cells. But you know what they say — for every finger you point at others, three point straight back at you. If we are to believe that authority on ethnic crime former Fairfax columnist Paul Sheehan, in April 2008:


... a group of violent racists acted out their YouTube fantasies and stormed into Merrylands High School at 8.50am, armed with machetes and baseball bats. They then started to beat the crap out of people.

And who were these nasty violent radicalised kids terrorising people? Sheehan continues:


A week after this rampage, any member of the public interested in this crime could have deduced the alleged perpetrators were Tongan morons. Or perhaps morons who are, regrettably, Australian citizens but portray themselves as ‘nigga gangstas’.

Gosh, what kind of dangerous ethnicities does Abetz employ? According to The Daily Telegraph, Tongans and bikie gangs have excellent relations in NSW prisons. Still, how unfair it would be to characterise Tongan-Australians as good for nothing except as prisoners or violent gangsters or as comic pawns in a Chris Lilley show.

Which brings me to Noel Pearson’s curious complaint against the ABC. Pearson claims the ABC has a habit of always portraying indigenous people as victims and/or criminals and/or people who are always down and out. Much of this is caused by structural and cultural factors, he says, given the ABC is staffed by people


... willing the wretched to fail.

If anything, Pearson should have directed his criticisms to all Australian news media. And not just news media. How many indigenous and other minority faces do we see in TV and billboard advertising? Are all shoppers and checkout chicks at Woolies and Coles really white? Are all babies who poo in nappies or people driving cars on our roads really white?

DIVERSITY: What if our collective racism turned again to Asians?

It turns out 49% of Australians want to stop Muslims from immigrating. But what if they were convinced China's military were a much bigger threat than Islamic State (which it probably is)?

Prejudices. Unless we’re lying, we all have at least one of them. I have a prejudice against music that doesn’t involve at least one hand-played musical instrument. Apologies to Iggy Azalea fans.

The latest Essential Report turned up an interesting mixed bag of voter prejudices. There was prejudice against Pauline Hanson (45% of those polled agreed with the statement that “Pauline Hanson’s views do not reflect Australian values and she should not be given so much media coverage”. Meanwhile 22% of the 49% who said they opposed Muslim immigration did so on the basis that Muslims “do not share our values”. Which I guess means Muslims are more consistent with Australian values than Pauline Hanson.

Still, it requires some nuance and an ability to perform basic statistical analysis to extract the above-mentioned conclusions. The kind of nuance that journalists appear to lack. But in electoral politics and emotive culture wars, nuance and rationality are best kept out of the scene and relegated to wherever it is those Muslims came from.

Funnily enough, the figures were worse (or better, depending on your perspective) for Coalition voters. How much does this make sense historically? Have Liberal voters always ignored the individual in favour of group identities? 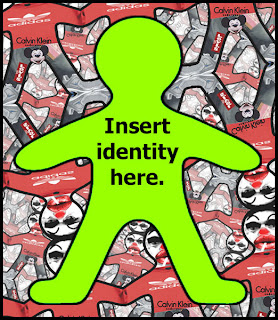 The first episode of John Howard’s ABC documentary on his political hero Bob Menzies includes a section on the formation of a new political party for the “forgotten Australians”, the middle class, those who wished to be “lifters, not leaners”, whose core political beliefs included the free market and free individuals. This party’s ideology attracted enough votes in post-war Australia to deliver Menzies a landslide.

Now some 60% of the party’s voters have adopted a new freedom — the freedom to live in a country free of migrants who identify with a disparate group that make up some 25% of humanity. The party’s voters want freedom to imagine that each and every one of this huge rump of humanity are likely terrorists and are unable to integrate into Australia. No doubt the non-integrating terrorist wannabes to be stopped at the border would include people like Houssam Abiad, a former Liberal deputy lord mayor for the City of Adelaide. Three out of five Liberal voters were opposed to immigration by anyone who identifies as Muslim. Or is deemed Muslim.

The national figure was just under one half. Some 34% of Greens voters would oppose the migration of someone like NSW MP Mehreen Faruqi, notwithstanding her PhD in environmental engineering and her passionate support for marriage equality.

[t]he most common reasons for wanting a ban were fears over terrorism. 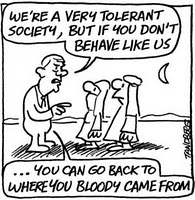 Apart from the usual suspects (Greens, a few Labor MP’s and an extra suspect in John Alexander), most pollies have been totally silent on not just the poll but also Hanson’s speech and the underlying prejudices and ignorance it evidences. The silence from the Coalition and from allegedly conservative commentators is even louder. The message this sends to both the perpetrators and victims of the bigotry is that Australia’s political establishment wishes to play a “wait and see” game.
More sober voices can throw facts — that 2% is hardly a swamp, that Hindu communities are growing at a faster rate, that most home-grown terror suspects aren’t migrants but were born here — but since when have facts mattered in such mass debates?

The best we can hope for is that bigger prejudices and problems come along. That other concerns — the economy, health, industrial relations, etc — take over from prejudice against Muslims or Africans or Asians. But how’s this for a scary scenario? The security risks in the future posed by Islamic State and other rogue actors could quickly and easily be dwarfed by the ambitions of the People’s Republic of China flexing its economic and military muscle. Australia could get dragged into conflict in the South China Sea. Our newspapers and media could be swamped with images of Asian-looking people threatening our security, with other Asian-looking people seeking refuge. 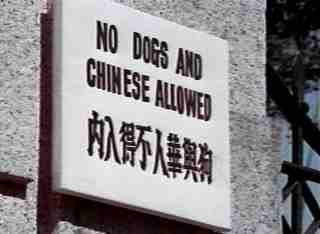 How will the average Aussie bigot be able to tell the difference between different kinds of people who look like Chinese leaders giving threatening speeches on TV? Nuance and prejudice tend to go in opposite directions. The likes of George Christensen, Cory Bernardi, Reclaim Australia, Pauline Hanson, etc, may find the notion that a migrant who speaks Mandarin and has a name like Tsai Ing-Wen or Lee Hsien Loong is a security threat.

And why stop at language? That pro-democracy bookseller from Hong Kong Lam Wing-Kee sure has a suspicious name. As does that Suu Kyi woman, who wears funny clothes and lives in Burma.

Why do they celebrate Chinese New Year? What’s wrong with our New Year? What are these moon cakes they eat? How can we tell the difference between a Chinese-looking person from Taiwan, Singapore, Hong Kong, Malaysia, Brunei, Indonesia, Burma or Fiji?

Am I insulting the intelligence of the average Australian bigot? I wish I were. So do the thousands of Sikhs who must put up with the nonsense they cop due to non-Sikhs assuming the Sikh turban is the same as Osama bin Laden’s and the Sikh temple is a mosque.