SECURITY: Extra! Extra! Bolt condemns white terrorism! (And other headlines you won’t read in the Hun)

A white terror suspect with links to anti-Islam groups was arrested at the weekend. Not that you'd read about it in the right-wing rags.

The weekend was awash with local and international news, sport and culture war. Australian athletes bagged gold medals in Rio like there’s no tomorrow. The Turkish crackdown continued unabated. Some cartoonist for a national newspaper leaked tears on the shoulder of visiting American humourist PJ O’Rourke, who, as this video illustrates, has far more respect for the suffering of the indigenous people of his homeland — not to mention refugees. The Republican Party is about to simultaneously implode and explode in one giant Trumpocpalypse.

And to top it all off, police conducted anti-terror raids in Melbourne’s north-west that led to the arrest of one suspect who was charged with preparing or planning a terrorist act and collecting or making documents likely to facilitate a terrorist attack.

These are extremely serious charges, so serious that the Herald Sun will have splashed the face of suspect Phillip Galea across its front page with a headline, “TERROR” — below which, in smaller letters, the words “IN OUR SUBURBS”. Today’s Herald Sun will no doubt have a six-page wrap-around featuring articles detailing:


I could go on and on about the saturation coverage of the Galea arrest across Australian press and the discussion it should arouse among pundits and pollies. But I won’t bother. Just buy yourself a copy of the Herald Sun, the Daily Tele or whatever paper suits your fancy. You’ll find hardly any coverage. 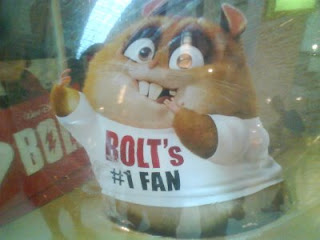 Galea is no small fish in the Australian far right. Almost all the videos posted to the True Blue Crew’s facebook page were linked to WordPress blog RA Media. Many posts on that blog are authored by Galea, including one post welcoming the return of Pauline Hanson.

Last November, Galea pleaded guilty to possessing five Tasers and a quantity of mercury just days before an anti-immigration rally.

We don’t really know exactly what Galea was planning to do. The accused hasn’t been tried, and he should be granted the benefit of the presumption of innocence, not to mention quality legal representation and access to legal aid. And I would have much preferred Galea was charged under conventional criminal law instead of the new parallel criminal injustice system reserved for vaguely defined “terrorist acts”.

But what of those who agree with him on key issues relating to social cohesion, a key element of our national security? What about those who, like Galea, are right of centre, who want to end or curtail immigration of certain groups, who are against halal meat and/or new mosques? What about those who insist on a rock-solid link between Muslims — their religious and cultural identities — and terrorism? 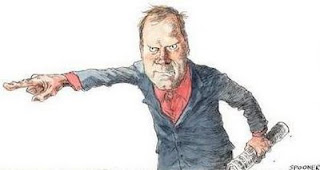 Will we see the likes of Pauline Hanson, George Christensen, Cory Bernardi, Fred Nile, etc, loudly condemn Galea and his ilk? What about Andrew Bolt, Piers Akerman, Rita Panahi, Miranda Devine, Janet Albrechtsen, Alan Jones, etc? Will they acknowledge that their political theology has a problem with extremism and extremist violence?

When will moderate conservatives march through the streets protesting and loudly condemning violent extremism in their ranks?

Pfft. As if Australia’s white conservative elites will ever accept the possibility that one of their own could be a terrorist.

Keysar Trad has finally hit the big time. Are his PR skills up to the challenge? 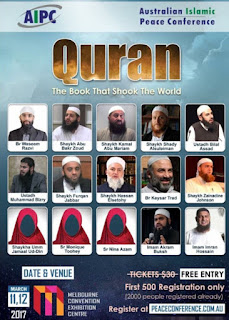 Chicago comic Azhar Usman tells a story of trying to convince his workmate to adopt the Islamic faith. The friend is reluctant. The friend says:


I’m not a huge fan of organised religion.

To which Azhar responds:


Hey, man. You need to become an American Muslim. We’re the most disorganised religion on earth!

Australia is no exception. These days, if you’re an Aussie Muslim wishing to find out what’s going on in peak Muslim bodies or Muslim independent schools, you need to have a subscription to Crikey, The Australian (other than the opinion page, though opinion and reportage generally go together) or read a Fairfax paper or the Guardian Australia. For instance, last week the Oz ran a piece on the Australian Federation of Islamic Councils (AFIC) headlined

Apart from a court order, I couldn’t see much evidence of a “brawl” in the article. The headline seemed as outrageous as the 160-odd readers’ comments at the end, one of which read:


To soon? OK. I will try again after another slaughter of innocents on Australian soil.

Good to see that comment passed the moderation guidelines of


... anything prejudiced against any religion ...


... inflammatory and which will not positively further debate ...

AFIC’s own website provided little by way of clarification. You can download the latest edition of the group’s magazine (dated January 2015), the annual report from 2014 or catch up on the latest press release, from March 27, 2016, concerning the Brussels attack.

Anyway, back to the school brawl. It appears that the president of AFIC, Hafez Kassem, has resigned. Kassem was relatively media shy. His replacement, however, doesn’t have that problem. Incoming president Keysar Trad is a man you have definitely heard of — unless you’ve just arrived on our planet. 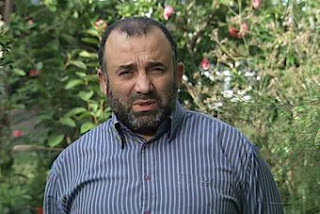 Suffice it to say that Trad’s PR skills need some fine-tuning. More unkind folk may suggest the man is a walking, talking media stereotype. Seriously, every religion has its embarrassing bits. Which raises a simple question: why on earth does Keysar Trad have to bring up a proposal to change marriage laws to allow men to take on more than one mother-in-law?

Such as in 2008 when he told a journalist that he felt the urge to take on a second wife when his existing one was overseas. Or at the 2009 Festival of Dangerous ideas, when he spoke on why polygamy was good for Australia. Or in 2010, when he spoke about polygamy in the context of Centrelink payments. Or in 2012, when he argued laws should be changed to allow polygamy. Or, indeed, when he wrote on the topic for Crikey.

Then there is Trad’s volunteer work as translator and adviser to former Mufti Sheikh Hilali. At times, Trad’s translating skills have been found wanting, as Monica Attard discovered some years back.

Back in those days, despite being the media’s go-to man for journalists too lazy to approach a woman for comment, Trad’s standing in Muslim circles was limited to being the president of the “Islamic Friendship Society”, which held regular meetings around his dinner table and whose members likely had the same surname.

But now Trad has hit the big time, able to spout his theories on polygamy as titular head of Australian Islam. True, AFIC doesn’t itself have the best reputation among governments and parents paying top dollar to send their kids to AFIC-run schools.

But more important is the problem that anything and everything to do with Islam is seen through the prism of national security, terrorism, radicalisation, etc. It’s a dangerous and divisive narrative that benefits extremists on all sides.

Is Keysar Trad someone who can meet the challenge of challenging the narrative, of defying the stereotype? Can he resist the urge to speak to every journalist who contacts him, to appear on every TV show, to comment on any and every controversy?