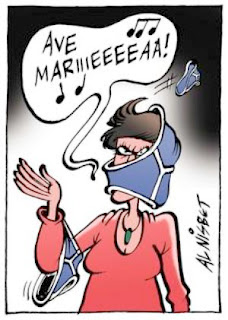 Kiwi blokes may be so laid back, they’re almost horizontal. Indeed, a recent report showed a record number are happy to go … er … under the knife.

The decision can be read here. Her Honour Justice Bergin details e-mail exchanges between the parties, meetings (including one in Auckland where Dame Kiri was to meet Farnham but which he did a no-show), Dame Kiri’s busy itinerary, her travel requirements, etc. It makes riveting reading even for somewhat reluctant lawyers like myself.

I’m very concerned. I’ve watched the DVDs of John Farnham. They’re absolutely horrendous. Undies were being thrown at him. He talks endlessly and it’s not even funny.

Dame Kiri, her company, her former agent and her former agent’s company were all sued by Leading Edge Events Australia Pty Ltd for breach of contract and for engaging in “misleading and deceptive conduct in trade and commerce” under Section 52 of the Commonwealth Trade Practises Act and the equivalent provision of the NSW Fair Trading Act.

Apparently, Dame Kiri was meant to perform with Farnham in a Sydney concert and 2 Melbourne concerts in February 2005. Leading Edge went ahead and made all sorts of expensive arrangements, including booking venues and selling tickets. A draft contract was sent to Dame Kiri. But Her Honour found that the parties “had not concluded a binding agreement”. Leading Edge failed on all other counts.

Despite seeking $2 million compensation, the most Leading Edge could recover was $128,061.21 for various costs including the costs of hiring a helicopter to transport Dame Kiri from Auckland to her Bay of Islands home. I’m not sure whether this will cover the costs of a 6 day hearing that involved 3 law firms, a silk and 3 “junior” (as in non-silk) barristers.

I’m sure the lawyers will be happy that it took the parties and the Court so many billable units to impose The Age of Reason in this particular litigation. Sorry, that was lame.