SECURITY: Five men in a boat: we don't know much, but tabloids have plenty of theories

Were these men a serious threat or just delusional youths?

Here’s an interesting twist on the “stop the boats” mantra. Except this story involved five young Aussies accused of plotting to sail a “tinnie” across to Indonesia and possibly beyond with a view to joining Islamic State. A parent of one of the men claims they were going on a fishing trip. All have been extradited to Melbourne (where their “plot” was allegedly hatched) to face trial for serious terrorism-related offences.

These are serious charges. This is a very serious matter, an important judicial test for our counter-terrorism laws, which represent effectively a parallel system to our normal criminal justice system and have no parallels (other than the anti-bikie laws) under our legal system. The young men involved face maximum penalties of life imprisonment. 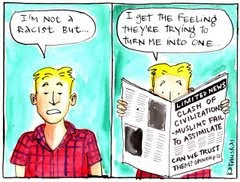 Without meaning to diminish the seriousness of the case, one question remains in my mind: what on Earth is a tinnie? Is it a boat made of tin? Is it a vehicle for carrying tins of beer? Could it carry asylum seekers? Could it withstand an attack by a great white or a five-metre croc? And if so, could it make for an entertaining front page of the NT News?

For other News Corp tabloids, another question arises from this case: what on Earth is a cleric? In a bid to add to the seriousness of the case, the Daily Tele and its siblings reported that

(among them a mufti whom these same tabloids had previously attacked for being too radical a cleric). So an attempt is being made to link five young men to some bloke in the UK named Abu Haleema. From reading the headlines and the first few sentences, you’d think this Abu Haleema bloke is some big fish in the world of Islamic religious scholarship, a man who can access the scriptures in their original classical Arabic and whose list of academic qualifications is at least as long as his scruffy beard. 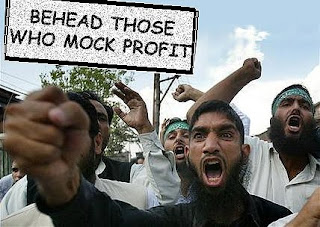 To know who this guy really is, you have to read down to the sixth paragraph:


Haleema has no formal training and does not speak Arabic.

Not much gravitas there. The story continues:


“Haleema’s comments follow the creation a Facebook page to support Cerantonio and other would-be jihadists in prison. “The page has been active for four days.”


I accessed the page at 2.45am on May 18, 2016. At that time, it had 241 likes. As of 4.44pm, it had 328 likes. With figures like that, no wonder advertising revenue is down. Almost all persons clicking “like” to the entries were outside Australia. Most focus is on Musa Cerantonio of Melbourne, an internet preacher recently profiled by John Safran for Good Weekend.

So are Musa and his buddies part of some huge international plot linked to uneducated UK clerics, tinnies and IS? Perhaps it’s best we leave these questions to the trial judge.