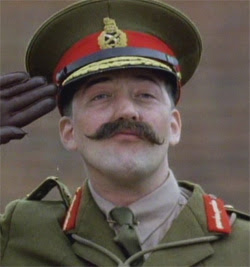 What more can be said about Hilaly? According to the eminently sensible Roger Coombs in today’s Daily Telegraph, he’s best left ignored. Shakira Hussein in The Oz compares his rants to Rolf Harris’ bad version of a Led Zeppelin classic.

As revealed by The Canberra Times yesterday, Edwards had been to see Sheik Taj el-Dene Elhilaly speak at Sydney University in 1989 and was horrified by what he heard.

Even a casual perusal of the CT article by political correspondent Andrew Fraser shows Ron Edwards did not attend the Sydney University lecture (which took place before 1989). Rather, he had read a translation of the speech provided by constituents in his Western Australian seat.

I actually did attend the Hilaly lecture. I couldn’t understand much of what Hilaly said. The speech was delivered in Arabic. Even if Edwards did attend, he wouldn’t have understood much. Unless, of course, if McIlveen is suggesting Edwards took a crash course in Arabic.

Manny Waks wants Hilaly to go now. I agree. However, I don’t agree with Waks’ denial that "any amount of community consultation" is needed for him to be dismissed.

I also don’t agree with politicians who claim the continuous dithering by religious leaders over Hilaly’s future necessarily reflects on the 360,000 ordinary Australians who tick the word "Muslim" on their census forms.

As Hussein points out:

Most Australian Muslims play no direct role in organisational politics and wield no direct power in any of this. All we can do is look on and to make our views known where we can.

Hilaly can stand in the trenches with Ahmedinejad if he wants. But as General Sir Anthony Cecil Hogmanay Melchett advised Captain Blackadder when ordering him to leave the trenches and attack the enemy:

I want you to know I’ll be right behind you!

First published in the Crikey Daily Alert for 10 April 2007.