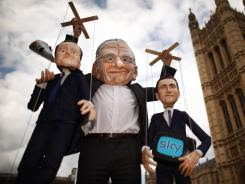 Far be it from me to revel in someone else's sorry. But seriously, the Murdoch press has caused sorrow to so many people that it's time to have a good laugh. So here goes.

[01] Here is an excellent summary and analysis of the line taken by that American newspaper that calls itself The Australian. .


It’s midnight. I’m sitting in front of the TV with two work colleagues. One is an experienced crown prosecutor who has run major jury trials in two common law countries and has over 3 decades advocacy experience. The second is a criminal defence lawyer who has practised in three Australian states. And then there is me, a humble civil and employment litigator.

We’d just finished washing our sides off the sofa after they were split by viewing The Naked Gun. We switched onto BBC. We’re watching history being made. And we can’t help but watch with our lawyer’s glasses on. Here are some of my colleagues’ responses.

“This poor old man is passing the buck,” says the former prosecutor. “He’s trying to dodge the question. It’s not working. It’s so obvious.”

“This bloke’s the client from hell. Fancy admitting you take tax issues seriously but not hacking phones,” says the defence lawyer.

“These are simple questions. Why is he taking so long to answer them? Is Rupert’s dementia natural or deliberate?” says the prosecutor again.

To say the least, the Murdochs were clearly unprepared. The MP’s on the Committee asked simple, direct and at best only mildly probing questions that would have sent Rumpole to sleep. One female MP asked a super-gentle question. James Murdoch thanked her and praised her question. My criminal defence colleague said: “The reason he’s thanking her is because she gave him a question he’s actually prepared for”.

Unlike the Murdochs, the MP’s were on top of the brief. They seemed to know more about News Corporation than the two men claiming to run the show. One interesting thing Mr ex-Prosecutor noted is that a number of the MP’s kept referring to Rupert as “Mr Murdoch” and James simply as “James”.

And I lost count of the number of times one MP called out words to this effect: “James, I will come to you later. My question is for Mr Murdoch.”

“Why is that young fella always butting in?” It wasn’t so much a question from the former prosecutor as an observation. James Murdoch seemed to play a Saif al-Islam type of role in selling and then defending his father’s regime to the world. But my learned colleagues were left with the impression that James was just a young upstart kid trying to protect his dad from the assassin’s bullets using a water pistol.

Here’s one you don’t have to have a practising certificate to understand. The CEO/Chairman and directors of a company like News Corp would have no knowledge of serious wrongdoing, if not serious criminal activity, is quite frankly unbelievable. Murdoch explained it away by telling us that News of the World represented a mere 1% of the entire organisation. So how big must a proportion of the empire be before criminal conduct is worthy of becoming a serious issue of corporate governance?

What shocked me as an employment lawyer was the complete absence of any internal investigative and disciplinary procedures to deal with unethical (if not unlawful and downright criminal) conduct. At least that was my impression after watching Mr Murdoch (as opposed to James) giving his testimony. It was a case of “well, I didn’t know it was going on and in any event the police are now handling it.”

What kind of company sees police investigation as a substitute for serious internal disciplinary investigation?

Based on their performance before the UK Parliamentary Committee, I can’t help thinking that perhaps Lieutenant Frank Drebin of Police Squad was better at policing LA than the Murdochs are at policing their own empire. 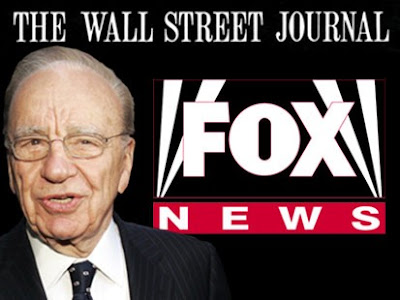