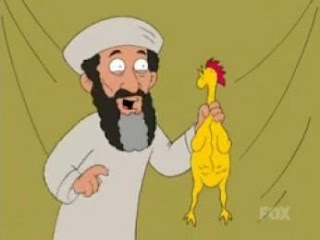 If you believe everything you read in Sunday newspapers, we should all be grateful that David Hicks (or Muhammad Dawood, for those still deny David has left the faith)won’t be held at Goulburn Super-Max. Imagine Hicks joining forces with those nasty Aboriginal Muslim terrorists.

The Sun-Herald claims to have uncovered ...

[c]hilling evidence … that some of the state's most dangerous prisoners have become devotees of terrorism after converting to Islam.

Corrective Services knew they were onto something when they found ...

that prison authorities were not targeting Hamzy because of his religion … Hamzy's defenders should look at this evidence closely, as he is clearly talking the rhetoric of a terrorist. 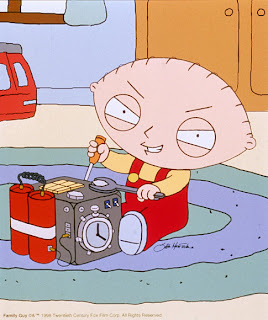 Apparently these Islamist terrorist wannabes have discovered that their Uncle Usama is a hige fan of Lebanese nationalism. Yeah, right. Try telling that to people in Tripoli, Beirut and other Lebanese cities, where the Lebanese Army are currently involved in street battles with a pro-al-Qaeda militia called Fatah Islam.

I wasn’t there at the time, but I somehow doubt the 9/11 hijackers were singing the Lebanese national anthem on their way to their demented martyrdom. In fact, I’m not sure if al-Qaeda ideology finds room for showing nationalist sentiment for a country whose legal system is based on a mixture of Ottoman, canon and French law and whose confessional parliamentary system reserves seats for persons from Lebanon’s various Christian, Shia and Druze communities. I somehow doubt any of Lebanon’s Christian presidents were known to have strong links with the al-Qaeda leadership.

Either that, or Mr Woodham has been relying too much on Stewie Griffin’s expert guide to spotting al-Qaeda terrorists.