OPINION: Rising trend of fearmongering on refugees and passports ... 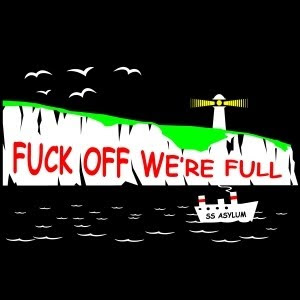 Coalition rhetoric now appears to slipping back to the worst practices of the Howard era, IRFAN YUSUF writes ...

Tony Abbott wasn’t exactly born into the Liberal establishment. His political mentor was none other than Bob Santamaria, the ultraconservative Catholic activist who founded the National Civic Council and who was more concerned with ridding trade unions of communism than supporting what he described as Menzies’ "party of capital".

In his book Battlelines, published shortly before his accession to the Liberal leadership, Abbott affectionately refers to his mentor as "Santa". He admits that Santamaria (who died in 1998) had some concerns about the young Abbott joining the Liberals. Santamaria apparently had a

... prejudice that serious Catholics couldn’t advance in the Liberal Party.

In recent times, followers of other non-Protestant faiths must be wondering whether the same applies to them. Recent comments about asylum seekers, burqas and passport forgeries must surely make us wonder whether the Australian electorate would be ready for "Captain Catholic" to rule over a country where Buddhism, Hinduism and Islam are the fastest growing faiths.

Many wondered during the mid-1990s whether John Howard, the man who suggested that Asian migrants may not make a neat cultural fit, could one day become prime minister of a country located closer to Kuala Lumpur than London.

Coalition rhetoric on these issues today seems a mere continuation of the worst of the Howard era. Former Liberal prime minister (and now former party member) Malcolm Fraser described the party as being more about"fear and reaction".

The recent "real action" advertisement shows the origin of illegal immigrants to Australia. Five red arrows are shown emerging from Iraq, Iran, Afghanistan, Sri Lanka and Indonesia respectively. The words "Stop illegals now" are shown in the top left corner of the screen.

No red arrow was shown emerging from Britain, even though it provides one of the largest proportions of illegal immigrants in Australia, certainly larger than any of the five Asian and Middle Eastern nations shown in the Liberal advertisement.

The Coalition has also announced a return to some form of Pacific solution. This will involve the offshore processing of any asylum seekers arriving “illegally”. We will also see a return to Temporary Protection Visas under a future Coalition government. Yet, as Bernard Keane notes in Crikey, there was "a 50 per cent surge in asylum seekers coming by boat after TPVs were introduced in 1999" by the Howard government.

Furthermore, most TPV holders were eventually granted refugee status. The TPV regime is hardly incentive for “illegals” to avoid boats altogether. Hence the Liberals could once again become the people smugglers’ best friends.

Yet the irony is that so much of the fear-mongering runs directly contrary to Australia’s best interests, let alone liberal and/or conservative fundamentals and common sense. At times, the Howard government showed a complete disdain for Australian citizenship, all the while spending hundreds of thousands of dollars on advertising campaigns encouraging permanent residents to take up citizenship.

The complete disdain Howard and his ministers showed to Australian citizens David Hicks and Mamdouh Habib, unlawfully detained by the United States, was just one example of how fear-mongering was used to evade the government’s responsibilities to its own citizens.

Recent comments by Julie Bishop show an even greater disdain for the rights of Australian citizens whose passports have been fraudulently used to carry out a terrorist act. Some may baulk at the suggestion that the murder of a Hamas leader could be deemed a terrorist act given that the deceased was himself responsible for acts of terror. Hamas, they will say, was a murderous organisation with a history of bloody retaliation.

And now Hamas will have a large number of Australian passport holders on their retaliation list.

To make matters worse, Bishop indicated (and hastily retracted) that Australian governments had forged other countries’ passports for use by our intelligence services.

One wonders whether Bishop was part of such a government and privy to such a decision, or, if such forgeries existed, whether they were used in assassinations or other forms of terrorism.

Indeed, can Abbott promise that a future Coalition government will not forge overseas passports, including those of permanent residents and citizens? Will he be prepared to put this in writing?

And to think Bishop was accusing her opponents of appeasing an overseas lobby.

■ Irfan Yusuf is a lawyer, a former federal Liberal candidate and author of Once Were Radicals. This article was first published in the Canberra Times on Friday 28 May 2010.

UPDATE I: Neil James of the self-styled Australian Defence Association wrote this delightful letter to the newspaper.

In what again seems to skate closely to an apologia for Islamist terrorism, and among other polemical claims too numerous to refute, Irfan Yusuf ("Rising trend of fear-mongering on refugees and passports," May 28, p13) incorrectly claims that David Hicks was "unlawfully detained by the United States'' in an "illegal prison camp".

Under the Geneva Convention, as a Taliban combatant captured by the opposite side in a war he chose to fight in, David Hicks was not detained illegally for a single minute at least, perhaps, until his later separate criminal trial and prison sentence by US Military Commission. He was only detained by the US for so long because the war continued, and our then inadequate treachery laws meant he could not be released on prison of war-type parole for criminal trial in Australia (as the US was willing to do).

Fortunately this long-standing and disgraceful legal loophole has been closed so a future Wilfred Burchett or David Hicks can have his day in court. Rightly, since the Security Legislation Amendment (Terrorism) Act, 2002, an Australian citizen anywhere in the world now commits treason if he or she (among other things):

*intentionally assists, by any means whatsoever, an enemy, at war with the Commonwealth;

*intentionally assists, by ''any means whatsoever'', another country or organisation that is engaged in armed hostilities against the Australian Defence Force; or

*forms an intention to do any of the above acts and manifests that intention by an overt act.

In a liberal democracy ruled by law we owe no less to the men and women of the Australian Defence Force. Irfan Yusuf should be prepared to acknowledge this.

What can I say? Unlike you, Mr James, I don't consider myself an expert in public international law. But I find your suggestion that our men and women overseas are fighting and dying so that our liberties can be curtailed by draconian laws you and the small minority of similar mind boast of to be utterly ridiculous and an insult to our armed forces.