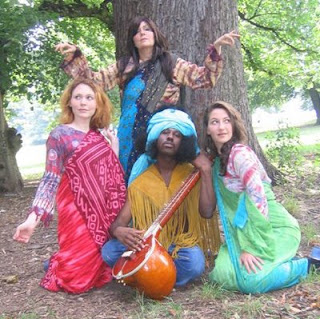 Ah, religion — such a wonderful force for good in an otherwise uncharitable world. So many great deeds of generosity and self-sacrifice are committed each day in the name of it.
Over the weekend, I saw many such deeds on display at the Parliament of the World’s Religions, held at the Melbourne Convention Centre. My desired destination was the exhibition hall to purchase some incense or perhaps even a copy of my book on sale (at the Readings booth).
But as I approached the gates of the heavenly pavilion, some rather unheavenly-looking angels stopped and insisted I could not enter without registering for the entire Parliament.
I sidled up to the registration desk to inquire on how I could enter paradise and share in the joy, peace, love and crystals on offer. A helpful avatar seated behind the registration desk recited the following mantra: 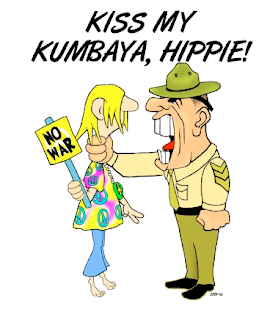 Meanwhile, a member of the organising committee (let’s call him Dr God) approached me looking rather pleased to see me and even more pleased with himself. When I asked Dr God how much manna from Canberra the event had received, he quoted a figure of $4.5 million.

(A spokesman for the Parliament has confirmed to Crikey that these funds were sourced from the City of Melbourne, the Victorian government and the Commonwealth.)

A few minutes later, I saw a poor young earthling trying to register. He wasn’t as well-dressed as many of the international guests representing various faiths (and the way some dressed, various galaxies). Indeed, the peasant was probably dressed more like one of Jesus’ disciples or like one of the poor people Buddha first came across after he slipped out of his royal dad’s palace.

This sincere seeker of truth pleaded with the staff member to allow him in. The man was unemployed and hence unable to afford the 30-plus pieces of silver required to enjoy the company of his teacher/guru/imam/whatever. I felt like taking out my chequebook and paying for his spot, but I’d left the wretched thing back at the guesthouse.

I’m not sure what happened to the man. Perhaps he had gotten on a camel and entered the eye of a more affordable needle.

Personally I wasn’t much bothered by the price. $195 a day is quite reasonable compared to the $500 I’m used to paying just to attend an all-day professional education seminar. But this Parliament of the Gods was no professional development for lawyers.

And so it seems the money changers have turned the tables on the Messiah and taken over the temple. A poor man cannot be allowed to sit through one session and an overweight solicitor cannot even buy a copy of his own book without sacrificing much to enter so sacred an event. But it doesn’t end there. Most speakers had to pay just to appear. One volunteer who did not wish to be named told Crikey that even volunteers were charged $140 a day.

What would Jesus have said of this? Then again, what would Buddha have said? Or Muhammad? Or Krishna? Or Guru Nanak? Or L Ron Hubbard? Words © 2009 Irfan Yusuf 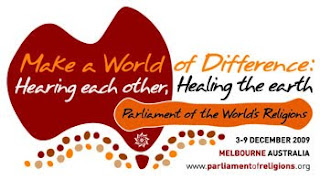