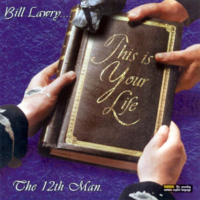 People have layers of identity and a wide range of views, IRFAN YUSUF writes.

In June 1998, I was travelling west through the outer suburbs of Sao Paolo, South America's largest city. On one side of the highway, I saw the guards and high fences of the upper-class sector of Alphaville. On the other side, a huge valley of makeshift houses, yet another favella (shanty town) that housed perhaps 10 times as many Brazilians than its more exclusive neighbouring estate. My hosts told me the residents of the shanty town proudly named their district "Alphavella".

Some days earlier, my hosts collected me from the airport. I told them they would recognise me as being the dark-skinned one wearing an Akubra hat. Lucky for them, I walked through the airport's immigration section wearing the Akubra. My mixed Indian, Turkish and Mongolian ancestry gave me skin fairer than most citizens of the largest nation on the world's largest Catholic continent.

No Reformation took place in Latin America, and the only heathens American evangelists must contend with are those who direct their prayers to the Virgin Mary, often portrayed in devotional statuettes as a black woman. We don't often associate the dark skin, exotic culture and Third World poverty of Alphavella with Catholicism. Few Australian Catholics would recognise the popular beliefs and practices of their Latin American co-religionists.

The Catholic Church has had a major role in the political upheavals of Latin American and other Third World nations. Occasionally, this has involved being on the same side as those engaged in political violence. Yet it has always been taken for granted that the Church, or at least some officials, have supported the cause, not the violence. And it is also taken for granted that Catholics are not a monolith.

Other religious congregations haven't benefited from such understanding. Writing in The Australian on May 21, former Hawke government minister Barry Cohen argued that those who criticise the world's only Jewish state for its breaches of international law without criticising other states are in effect engaging in anti-Semitism.

There is only one Jewish state. There are more than 57 states that are members of the Organisation of Islamic Conference, spread over four continents. It describes itself as "second-largest inter-governmental organisation after the United Nations".

We don't ask ordinary Australian Jews to condemn or justify or even hold a position on each statement or action of an Israeli politician or a West Bank Jewish settler. So what kind of leap of irrationality leads even intelligent people to insist a second-generation Australian with some tenuous ancestral or cultural link to Islam to have a public position on, say, the treatment of Christians in Saudi Arabia?

This doesn't just happen in tabloids. A prominent religious broadcaster once lectured me about how "mainstream Australia" expected Muslims to be "screaming the roof down about the treatment of the Filipino Catholics in Saudi Arabia". He said that such a Muslim response "would represent a significant breakthrough for community relations in this country", and challenged me to write an op-ed piece in The Sydney Morning Herald about it.

Naturally, the SMH editors are at my beck and call, ready to publish anything I send them. But more importantly, why must I be held accountable for what happens in Saudi Arabia? After all, I'm not a Saudi. I don't have Saudi ancestry. I've never been to Saudi Arabia. I don't speak Arabic and don't have an Arabic-speaking background. I don't believe in (and indeed frequently criticise) Saudi-style wahhabi theology. I don't represent a Muslim religious body enjoying the benefits of Saudi generosity.

And must my concern for minority rights be solely motivated by good community relations? What if "screaming the roof down" did more harm than good for the minorities involved? I may win brownie points with some religious broadcasters who will go on interviewing nasty Muslim-phobes on their show regardless of what I say (funny how fostering community relations is always a one-way street).

But would the Saudi king stop and say, "Wow, someone with a Muslim-sounding name in Australia wrote something critical of how we treat minorities. Let's build a cathedral in Riyadh."

And would human-rights groups in these countries working on these issues necessarily regard my public outburst as counterproductive? Would I just be making their life harder?

All of us have layers of identity religion (frequently ethno-religion), language, ethnicity, profession or football team. Just because I support the Bulldogs doesn't mean I must publicly condemn hooligan Bulldog supporters. And who am I to assume Raiders' supporters all opposed WorkChoices?

Pigeon-holes weren't made to place humans in.

Irfan Yusuf is a Sydney lawyer. This article was first published in the Canberra Times on Wednesday 11 June 2008.

I have in the past been informed and mostly agreed with your columnist Irfan Yusuf. However his shocking admission (CT 11/06) that he is a Bulldogs supporter and his questioning of the political allegiances of Raiders fans is beyond the pale. I shall read him no more.