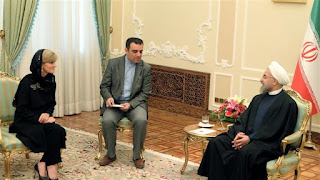 What a crazy few weeks leading up to Anzac Day period it's been. We've had Reclaim Australia holding rallies in most major cities calling for jihad against halal vegemite. We've had hundreds of police swoop on a bunch of kids accused of plotting to kill more police, giving The Daily Telegraph an opportunity to report of "a devastating new terror threat planned for its most revered day", with one columnist reminding us:

Oh, Islam. How the left so cravenly folds when that particular grievance card hits the table.

By now we should be convinced the Diggers went to Gallipoli to fight 100 per cent  halal-certified terrorists and their leftist allies, who are now threatening our Prime Minister's right to down a pint of beer in one go. Surely it's time to ban the burqa.

Which raises the question. What on earth was our Foreign Minister, Julie Bishop, doing dressed in what looked like an Emirates uniform? Why did she have to wear that thing on her head? And why, of all places, in the home of beady-eyed mad mullahs and ayatollahs that is Tehran? Couldn't she have appeared bare-headed, in solidarity with millions of Iranian women who hate being forced to wear it? True, our Julie would prefer not to be labelled a feminist, but what about human rights?

Yes? What about it? Julie's mission wasn't to lecture the bearded, turbaned President Rouhani about human rights. Or about trade or halal meat. The mission, as far as the Abbott government was concerned, was dealing with nasty not-so-white Iranian asylum seekers and quite-often-white foreign fighters. Ms Bishop was in Tehran - almost completely covered - to talk about Iran taking back refugee fish that her colleague Peter Dutton rejects.

The Iranians must be scratching their heads wondering what took her so long. It has been three months since a man Tehran insisted was a fraudulent travel agent posing as a Shiite cleric walked into the Lindt Cafe in Martin Place and murdered two Australians in cold blood. Iranian prosecutors wanted Monis on charges of defrauding his customers. Australia granted Monis asylum.
Liberal pollsters will be disappointed Iran refuses to be involved in forced repatriation of failed asylum seekers, many of whom are found to be economic refugees. Perhaps they might be less hesitant to return if sanctions are lifted and Iran's economy opens up to the rest of the world. We can then sell Tehran 100 per cent halal certified coal.

What surely must surprise anyone born around 1970 or earlier is how quickly all this has happened. Not long ago Iran was regarded by many in Australia as the Great Satan. The 1979 Islamic Revolution removed a pro-Western monarch from power. The first Islamic Supreme Leader, Ayatullah Ruhollah Khomeini, was regarded as a supporter of terrorist groups in Lebanon who engaged in suicide bombings and kidnappings of Westerners. He established strong relations with more radical Arab leaders including Syria's Hafez al-Assaad.

It wasn't long ago that Israel's embarrassingly hawkish Prime Minister Benjamin Netanyahu threatened to bomb Iran's nuclear facilities. Pro-Israel lobby groups worked overtime to convince politicians (including our own) that Iran is evil. Iran's holocaust cartoon competitions weren't helping the cause. And a few days before Ms Bishop's arrival, an Army Day military parade in Tehran featured a truck with a huge sign loudly proclaiming "Death to Israel".

But thanks to the moronic antics of the "Coalition of the Willing" (which included Australia) in invading Iraq and overthrowing the brutal Saddam Hussein, and thanks to an incompetent sectarian government we are propping up, Iran is now the most powerful non-Arab player in Iraq. We need Iran more than Iran needs us. It is surely George W. Bush's greatest nightmare that the United States' Deputy Sheriff is now looking to one part of the Axis of Evil for help.

So what's in it for Iran? Increased international respectability. Access to more Iranian dissidents perhaps. And for Australia? A willing partner in solving our asylum woes. Intelligence to fight Islamic State of perhaps better quality than the intelligence used to invade Iraq in the first place. Even more Iranian students.

At this stage, Iran has been a trading partner but not exactly our best friend. Perhaps that status can be gained by Mr Abbott turning up to Tehran sporting a turban. Either way, both Iran and Australia can be well pleased with diplomacy well done.

Irfan Yusuf is a PhD candidate at the Alfred Deakin Research Institute for Citizenship and Globalisation, at Deakin University. This article was first published in the Canberra Times on Tuesdau 21 April 2015.﻿
Posted by Irf at 7:41 pm No comments:

OPINION: Muslims shouldn't have to keep apologising for terrorist attacks 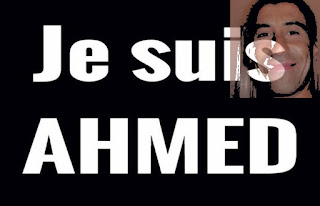 The general response in the West to the appalling January 7 Paris attacks show that the Western view of terrorism has barely changed since 9/11. The same themes persist - "they" are terrorising "us". "Their" moderates need to do more to stop "their" extremists from attacking "us". Why aren't more of "their" moderates speaking out? Why don't "they" respect "our" values? Why don't "they" take responsibility?

Surely holding all Muslims (one-quarter of the world's population) collectively responsible for the actions of fringe groups should be universally hounded as imbecilic. Instead, many of the "official" Muslim spokespeople have taken this exclusionary message to heart.

Each time there is a terrorist attack on a Western country, they all but trip over themselves and each other to condemn - at times not even waiting for anyone to confirm the actual motives of those ultimately held responsible.

The same set formula, the same mantras are reported. "We condemn. It has nothing to do with us or our faith."

One can hardly blame them for this. In the Australian imagination, terrorism and Islam are interchangeable.

Whether it be small evangelical and far-right groups complaining about halal certification of Vegemite or opponents of mosque developments, the spectre of terrorism is ever present.

Even after it was established that a fringe loner was responsible for the Martin Place attack, some commentators insisted "sheikh" Haron had a substantial following. 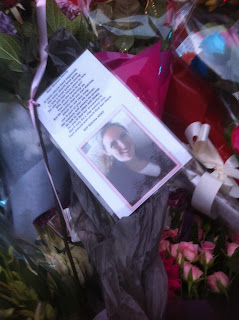 Those who scream the loudest about the alleged Islamic threat to Australia are often those complaining they aren't free to speak loudly about the threat because of "stifling political correctness" or Section 18C of the Racial Discrimination Act.

Yet there's a new generation of Muslims born and brought up in Australia who better understand and are less afraid to engage with media, politics and mainstream culture than their elders.

Many of them see their elders' rush to condemn terrorist acts as having the opposite effect to that intended. They see their elders' statements as reinforcing a dominant mindset on Islam and Muslims that is patronising and at times even xenophobic.

Conventional wisdom about terrorism is certainly worth questioning.

Jihadist groups such as al-Qaeda and the Islamic State regard many, if not most, Muslims as kuffar, plural of kafir or infidel. These groups have killed a far greater number of Muslims than Jews and Christians.

In December, about 132 students and 13 staff at the Army Public School in the northern Pakistani city of Peshawar were gunned down by the Pakistan Taliban. The Peshawar attacks received nowhere near as much media coverage nor pious statements from world leaders.

Nor was there much said about Boko Haram's assaults in Nigeria. In one such assault, which took place around the same time as the Paris attack, more than 1000 people were murdered. The Nigerian schoolgirls have still not been captured, though they have been immortalised in a Charlie Hebdo cartoon depicting them as pregnant welfare queens demanding no one touch their payments.

Muslims are often accused of seeing themselves as victims. But when so little emphasis is placed on a far greater number of non-Western terror deaths, young Western Muslims can be forgiven for seeing this as an indication of chronic Western victimhood.

No one should be murdered for drawing cartoons or for working as a policeman or for visiting a supermarket. But our knowledge and consciousness of terrorism is almost always limited to our own cultural backyard. Our sense of reality is distorted.

According to the 2013 Global Terrorism Index, 80 per cent of all terrorism-related deaths occurred in Iraq, Afghanistan, Pakistan, Nigeria and Syria.

In sixth place was India, where terrorist deaths doubled. And who are the most feared group in India?

Communist terrorist groups are by far the most frequent perpetrators and the main cause of deaths in India ... Three Maoist communist groups claimed responsibility for 192 deaths in 2013, which was nearly half of all deaths from terrorism in India.

The Maoist uprising, which started in 1967, has been operating in 20 of India's 29 states.

But is the hypocrisy and victimhood that pervades much of the Australian and the broader Western debate on terrorism enough reason for community spokespersons not to speak the truth and call a spade a spade?

Haters can allow their hate to compromise their beliefs. They can point the finger at Muslims for being terrorists whilst ignoring them - and others - as victims.

Perhaps the issue is not whether to condemn terrorism but rather when, to condemn all political violence regardless of who are perpetrators and who are victims. Ultimately it doesn't matter who the victims are. Unjustly killing one is equivalent to killing all humanity. Surely that's a Biblical and Qur'anic principle we can all agree on.​

Irfan Yusuf is a lawyer and author of Once Were Radicals: My Years as a Teenage Islamofascist. This article was first published in the Sydney Morning Herald on 16 January 2015.
Posted by Irf at 7:28 pm No comments: