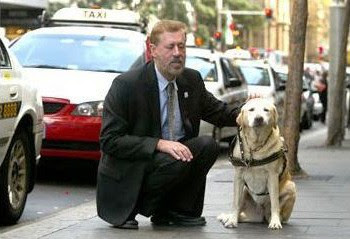 Photo of Commissioner Innes appearing in the body of an article distributed by Daniel Pipes ...


Neo-Conservative American columnist and chronic Muslim-hater Daniel Pipes is using the controversy over the recent speech of the Archbishop of Canterbury to peddle lies about sharia, the Islamic sacred legal tradition.

Pipes has started distributing an article to various newspapers which seeks to explain why the West should unite ...

... to stop the progress of this medieval legal system so deeply at odds with modern life, one that oppresses women and turns non-Muslims into second-class citizens.

Given that the Archbishop spoke about sharia tribunals in his speech in the same breath as Beth Din tribunals, it would be interesting if Pipes was prepared to make the same assertion about the sacred law of his own faith.

More intersting is the fact that the body of the article includes a photograph of Graeme Innes, a Commissioner of the Human Rights & Equal Opportunity Commission. The photo is accompanied by this caption:

It is unclear how Pipes reached this conclusion about Commissioner Innes. However, I would suggest that Commissioner Innes would not agree with Pipes' comments, and certainly would not agree with how his name has been mentioned in what is essentially an exercise in manufacturing hysteria against a particular faith tradition and those associated with it.

Here is what Commissioner Innes told me:

"If religion was used as an excuse by a cab driver, it was maybe mentioned once out of twenty times. The cab driver never mentioned any particular religion and just said it was for religious reasons. I never mentioned any specific religion and never intended to cast aspersions on any religion. I have spoken to the Telegraph editor yesterday and expressed my concerns about how the editorial focussed on a particular sector of society while I expressed frustration with taxi drivers across the board."

I'm not sure if the Daily Telegraph apologised to Innes. I am also not sure if Pipes will be apologising to Innes. On his weblog (referred to in his op-ed submission), Pipes writes these words:

Human Rights and Disability Discrimination Commissioner Graeme Innes, himself blind and reliant on a guide dog, said he is refused service on average once a month, including twice in two days recently. "He has been told on a number of occasions that it would be against a driver's religion to allow a dog in the cab," writes Heath Aston in Australia's Daily Telegraph. "He has also been refused by drivers claiming to be allergic to dogs and even scared of dogs. He has also been left clutching at air on busy Market St by one belligerent driver who told him he had to take the non-existent cab in front."

Some 11 months ago Commissioner Innes issued this press release concerning taxi drivers and guide dogs. Nowhere in the press release is the ethno-religious background of the offending drivers mentioned.

UPDATE I: A version of this article (without reference to Commissioner Innes) has been published here. 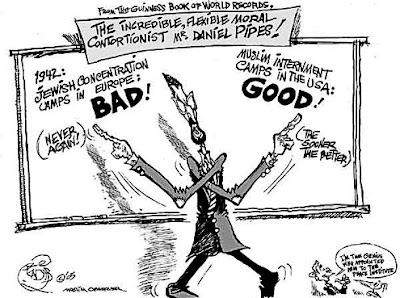