On Sharia, Costello Is Essentially Right

As I have stated elsewhere, John Howard’s remarks were twisted and distorted by editorial powers-that-be at the national broadsheet. Sadly, many self-appointed Muslim “leaders” failed to look at the content of the words themselves, instead choosing to have their thinking clouded by the competing agendas and spin of the Fairfax and Murdoch pundits.

Howard’s comments did contain inaccuracies when it came to both Muslim and broader migrant settlement history in Australia. In a brilliant piece for The Oz, Waleed Aly summarised these mistakes. A less sophisticated piece was produced by yours truly in the Courier-Mail.

In relation to Peter Costello’s more measured and careful remarks in a speech to the Sydney Institute on 23 February 2006, migrant Muslim leaders have again responded immaturely. They have again relied on spin, and I doubt many probably will not even have read the speech.

I was also initially almost swept away by the tsunami of spin. Then I thought I should at least make an effort to read the speech. I tried locating the speech on Mr Costello’s website but to no avail. It was only when one migrant Muslim leader forwarded to me the URL that I finally had a chance to read it.

That was Friday night. On Saturday afternoon, I had to travel to Canberra to address a forum on the topic of “Unity in Diversity” organised by a group called Forum Australia. Joining with me were a number of Sikh, Hindu, Muslim and Christian community leaders as well as Steve Pratt.

Steve is a Liberal Member of the ACT Legislative Assembly. Like me, Steve also initially reacted unfavourably to the Costello comments. Steve is no dummy when it comes to sharia. He is married to a Yemeni Muslim, and has spent years working in Muslim-majority countries as an aid worker.

At the same time, Steve is no sycophant to issues deemed pro-Muslim. He supported the Howard government’s views on anti-terror laws. Pratt opposed the position of ACT Chief Minister Jon Stanhope, a position supported almost universally by Muslim communities across the country.

Steve and I agreed that when it came to sharia, it is likely that Peter Costello was shooting from the hip. He quite likely has little knowledge of what sharia is or how Muslims understand and implement it.

Without meaning to go into too much detail, Muslims view sharia in two ways. First, they view it as another word for liturgy. Sharia is the outward manifestation of worship and ritual.

Secondly, Muslims view sharia as a word used to describe the broad corpus of Muslim legal tradition as it has evolved over 1,400 years. Sharia is a legal tradition in the same sense that we have the common law and European civil law traditions.

Perhaps Mr Costello is unaware of these popular understandings of sharia. He has chosen instead to rely on the fringe expressions of Benbrika and others.

I urge Muslim critics of Mr Costello’s speech to actually read the entire speech. The Australian values listed in that speech are virtually identical to the Muslim juristic and scholarly consensus on Islamic values. 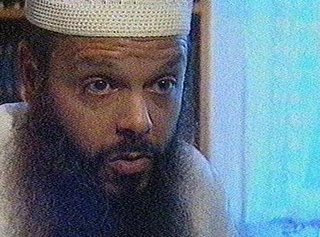 Further, Costello may have inadvertently reminded Muslims of the dangers of fringe theology. Muslims are aware that sharia (outward manifestations of Islamic ritual and law) cannot be implemented without the inner aspects and values of faith known in the Sunni school as tasawwuf and in the Shia school as irfan. And known in the West as Sufism.

Without the inner spiritual core, sharia effectively becomes an agent for oppression. The theology of virtually all groups committing terrorist acts in the name of Islam seeks to remove this inner core from Islam. They all share a distinct animosity to Sufi teaching, and therefore seek to implement select sharia rules in areas where sharia values themselves forbid implementation.

This divorcing and discarding of this inner core from Islam represents a danger which has been identified by Muslim jurists across the world. It is a process American Muslim scholar Hamza Yusuf Hanson describes as the “hijacking of Islam”.

So when Costello says that those wishing to implement sharia on its own in Australia should find another country, Muslims would argue that perhaps such people should consider another religion. Or perhaps inventing their own religion.

There is nothing in the broad corpus of Islamic legal tradition combined with its inner spiritual core which conflicts with Australian citizenship. Indeed, Australian values and liberties are more in accordance with Islam than the near-absence of liberty experienced by Muslims in Muslim-majority countries.

Perhaps this is what Australian imams mean when they repeat in Friday sermons that Australia is perhaps a more Islamic place to live than the vast majority of so-called Islamic countries.